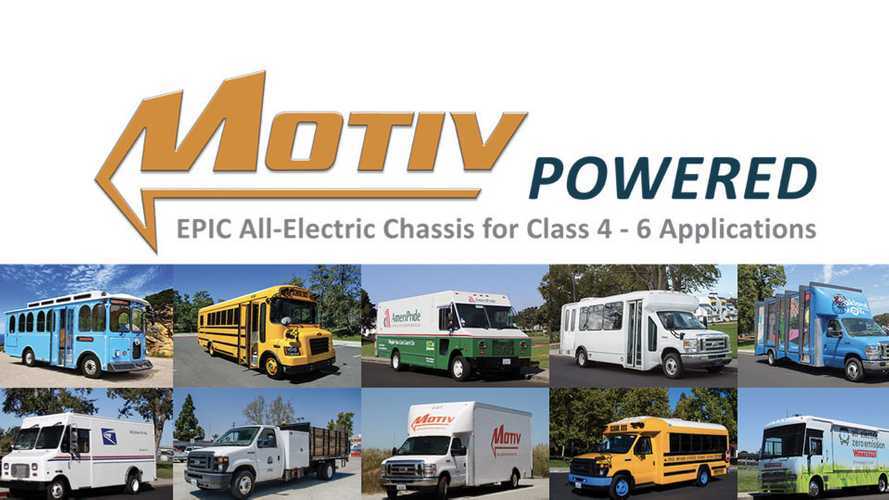 Motiv Power Systems, the California-based company engaged in the lectrification of commercial vehicles and buses, this month celebrates its tenth anniversary.

As the number of projects grew, the cumulative mileage of converted EVs exceeds 750,000 miles (1.2 million km) in real-world service.

Motiv Power Systems To Use BMW i3 Batteries In EPIC Chassis

As we know how important it is to make medium- and heavy-duty vehicles electric (electrification of a single truck removes emissions comparable to electrification of at least several passenger cars), we should all keep fingers crossed for such companies like Motiv.

"Ten years ago, Motiv's work surrounded consulting contracts and projects. By 2013 the company had released the first production model all-electric school bus in the U.S. through a partnership with TransTech Bus. As Motiv's technology grew and matured from pilot projects to full deployments, the business case for reducing fleet operating costs by 85% emerged. In 2017, Motiv was the first all-electric chassis OEM to secure Ford's electric Quality Vehicle Modifier (eQVM) status. In 2018, Motiv released its turn-key Electric Powered Intelligent Chassis (EPIC) based on the Ford platform. That same year, it became the first Tier 1 supplier of a CARB-certified all-electric stripped chassis. In 2019, Jim Castelaz stepped into the role of Chief Technical Officer and welcomed board member Matt O'Leary as Motiv's new Chief Executive Officer."

"As a freshly minted Stanford engineer in 2009, I would have never imagined that the market for electrified commercial vehicles in 2019 would be as strong as it is today. Back then, Motiv was a small team asking big questions about how to tackle the complex challenges of using electric power to move people and goods along fixed routes. I knew that we had one distinct advantage over passenger cars – predictability. We knew where these vehicles would be housed and serviced, the routes they would drive each day, and where they would return to charge each night."

"The introduction of the EPIC chassis was a game-changer for our customers. It streamlined compatibility with numerous standard vehicle body types and helped customers match our chassis offerings to their vehicles for their applications. This shift to a turn-key chassis platform allowed everyone to focus less on technical configurations, and more on vehicle uses cases, cost savings, and how to integrate electric commercial vehicle operations into their overall fleet operations."

One of the most important things when considering the future of Motiv (and EV industry in general) is to deliver EV products, competitive to diesel vehicles, without incentives:

"Moving forward into the next ten years, Motiv intends to continue its efforts to bring commercial electric vehicles into parity with fossil-fueled vehicles without incentives. It plans to put its focus on continued market development and further technology innovation and differentiation. Through these activities, Motiv will do its part to help the transportation industry as a whole to shift the balance in favor of EVs."

"I believe that within the next five years, the EV industry will no longer need to pursue incentives or subsidies for adoption. The global scale of battery production and growth of EV adoption, along with innovation in hardware and software provide an opportunity to create additional applications and use cases to bring even more value to fleets. It's exciting to see what the next ten years holds for Motiv and the industry at large, as we all work together to continue to Free Feets from Fossil Fuels."