Can You Find A Reason Why This Grandpa Chose To Key A Tesla Model 3?

Did you? Neither did we. Or the Tesla owner.

Tesla Sentry Mode videos are a world phenomenon. If Tesla is there, so are the videos, as this one allows us to demonstrate. Lourenço is the proud owner of a Tesla Model 3. He parked his EV at the CascaiShopping, in Cascais, Portugal, last September 22. When he got back, he had this awful surprise: his car was another victim of keying. 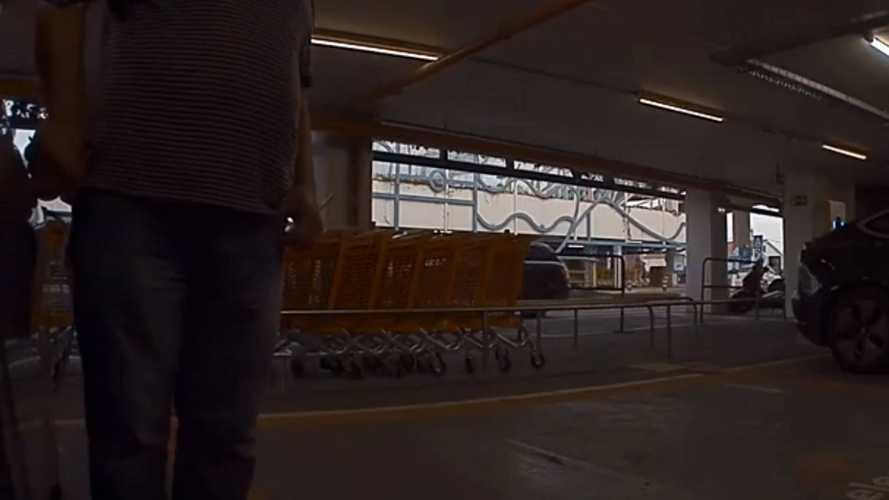 When he got back home, he watched the videos and saw this paunchy grandpa vandalizing his car. Keying became something for all ages, not only for Beavis and Butthead followers that don’t even know what they are.

We have already told you about a lowlife that could be taking care of his kids instead of keying other people’s cars. And we invited you to identify him. We hope the police found him. We ask the same in this case. With this overdeveloped stomach, he can surely afford to pay for the damages in Lourenço’s car. Check the Tesla owner’s tweet:

“I have never seen this man before in my life. I was already told that he lives nearby and that he probably does that frequently,” the Tesla owner told InsideEVs. “I can only conclude that he hates any car that is better than his.”

Lourenço tells us more about the video and about what happened. “He just arrived there and waited for one or two minutes. Probably to make sure no one was around for him to attack my car.”

If there is anything to celebrate on this is that this paunchy grandpa is also weak. “The risk is not very visible. You can barely notice it.”

Anyway, there are probably more keyed cars after a visit to CascaiShopping. If you own one – or know anyone that does – get in touch with the Portuguese police to seek compensation.

If you happen to know this potbellied old man, also call the cops to tell them who he is. And to stop him from damaging any other vehicles.