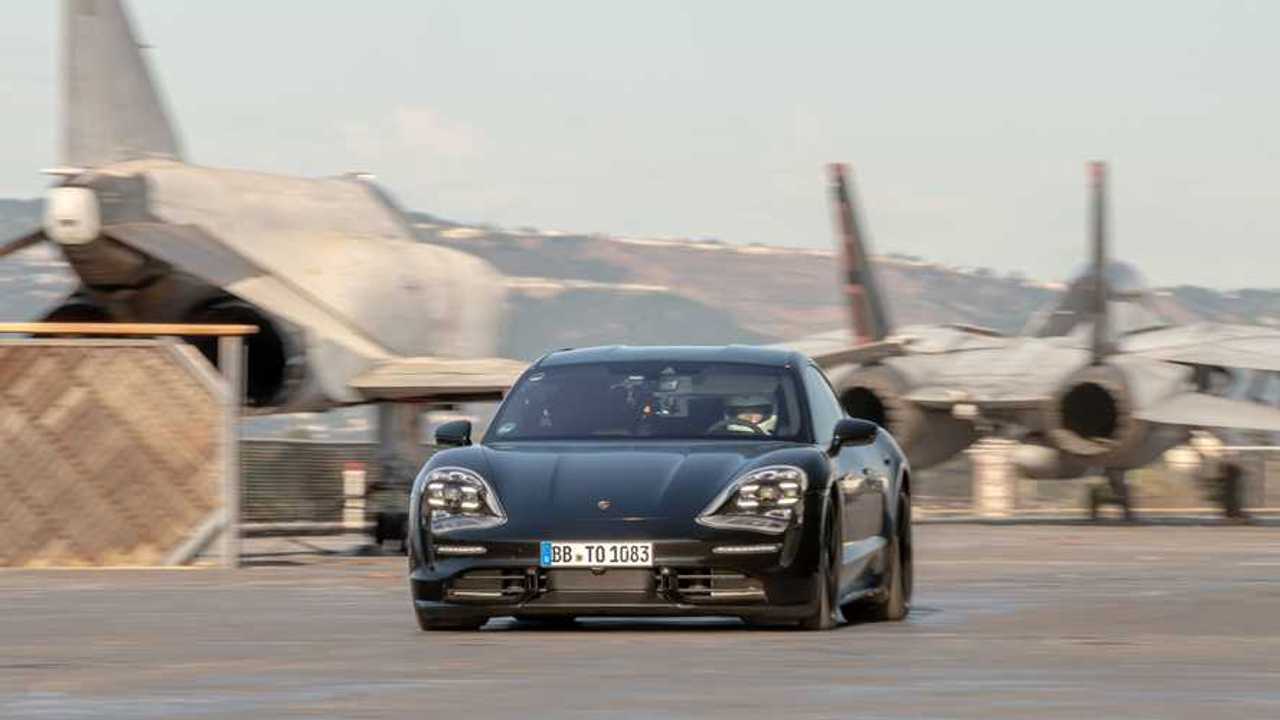 Finally, a worthy Tesla competitor will come to market.

The Porsche Taycan is looking like it will be a serious Tesla challenger. All along the automaker has touted that this car will be built in Porsche tradition. Track ready, with a battery, drive unit and a cooling system able to withstand sustained high speeds and repeated accelerations without overheating.

Porsche has already demonstrated its endurance capability at the Nardo test track in Italy. It ran the Taycan at a nearly constant 127 MPH for 24 hours except for charging stops and logged a total of ~2129 miles of endurance testing with no overheating. It also ran repeated accelerations from 0-124 MPH without overheating.

Porsche appears to have lived up to what it said it was capable of, but how? We still don’t know all the juicy technical details.

Like so many times in the EV world, it is all about the battery and powertrain. What has Porsche done to achieve the endurance record without any apparent overheating?

Also battery/powertrain-related, how much of the battery are they using? It appears likely they will run an approximate 10% buffer in the battery based on fellow Volkswagen Group Audi e-tron specs (some readers may not realize Audi and Porsche are owned by the same company). If so, then what is the EPA mileage they can achieve?

What we know so far is that the Taycan will probably use a flat plate cooling system and have an approximate 10% buffer like the Audi e-tron. In other words, the usable kWh’s will be approximately 10% less than the total kWh’s.

We have speculated that they have done two things to improve their flat plate cooling system: first and foremost, their added buffer in the battery gives them lower internal resistance and this lower internal resistance results in less heat to be taken away with the battery cooling system. Porsche may also be using a newer generation NMC cell chemistry with lower Cobalt, also reducing internal resistance. Thirdly, we expect that they may be using a thermal dielectric fluid or gel inside their modules that enhance the thermal conductivity and can provide tab cooling, resulting in a more uniform temperature inside the cell itself.

So, the four things to look for in the battery department are:

Transmission: Unlike Tesla, Porsche is using a 2-speed transmission in the rear. This 2-speed probably played an important part in allowing the Taycan to achieve its endurance record. As we know, Tesla/Borg Warner tried to use a 2-speed in the early Roadsters but had problems with durability and abandoned it for a single speed. The durability issues came about due in part to the higher torque present in electric vehicles. What are the details of the transmission and what have they done to get the required extra durability?

800-volt architecture: Lower I2R loss from 800 VDC systems helps with the power electronics and motor heat, system efficiency, and size. Fewer amps/kW = smaller power transistors, motor windings, internal bus conductors, other internal power conductors to other HV accessories like heaters and AC compressors. It will also result in smaller charging cables between the charge port and battery. Look for anything Porsche reveals about their 800-volt architecture.

Charging: Will it be 250 kW or 350 kW? Electrek reported that the initial release Taycan would only have 250 kW (ref). Also, we posted a Mission E development vehicle charging at 250 kW (ref).

In addition to EV-related tech, there is the aero tech, both for drag reduction (and range improvement) and for improved high-speed stability (higher downforce) to look for.

An adjustable suspension will be included. Will Porsche offer tires for both handling and reduced rolling resistance?

Personally, we believe VW Group is making a massive EV tour-de-force over the next two weeks. On September 4, Porsche’s will officially reveal its new, leading-edge performance sports car, in EV format, followed by Volkswagen brand’s MEB Platform/ID.3 global reveal on September 10. The first product of what could likely become their most-popular global platform. The automaker is comparing the ID.3 to the Beetle and the Golf as far as their expectations. These reveals could really ramp up the whole industry, especially if the orders come flying in. It might even accelerate the slow 500-lb gorilla of the global auto industry – Toyota.

Stay tuned, as this should be a very interesting two weeks!

Keith Ritter was co-author on this article.