A Look Back At Jay Leno's Unwavering & Growing Support Of Tesla 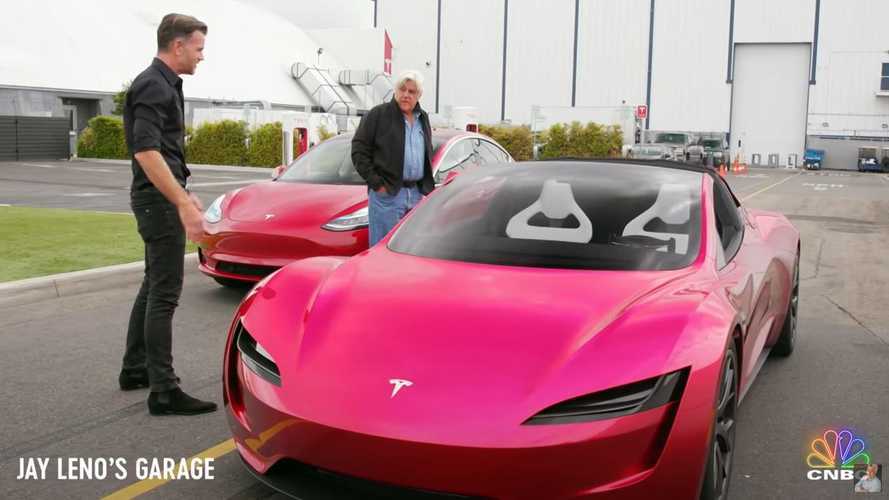 Perhaps the Tesla Pickup Truck or Model Y will make it into the upcoming season of Jay Leno's Garage.

As the next season of the CNBC show 'Jay Leno's Garage' kicks off on August 28th, the legendary talk show host, comedian, and car enthusiast recently shared some positive comments on the future of Tesla. And this wasn't the first time he's voiced his support. Over the years, Leno's appreciation for Tesla and Elon Musk have grown.

More On Jay Leno And Tesla:

Check Out This Jay Leno Story: A Tesla Fan For Life

According to Leno, electric cars are the future. EVs are low maintenance compared to internal combustion vehicles. And this remains a very strong selling point in addition to zero tailpipe emissions. In Leno's experience as a Tesla owner, he feels you can save your precious time (and money) avoiding the hassles of regular servicing.

“I have a Tesla. I’ve had it for three years. I’ve never done anything. There’s no fluids to change. There’s nothing, ” Leno told CNBC.

Leno feels Tesla has an edge in the auto industry because they've been able to create 'better' electric cars that come with superior range (along with their own Supercharger network), eliminating the 'range anxiety' issue.

In addition, electric cars are often far quicker than their equivalent gas car competitors. He adds, "there’s almost no reason to have a gas car unless you’re doing long-haul duty." Leno forecasts that the number of gas cars in the future will be similar to that of the 'stick shift' cars of today.

Video: Jay Leno talking to CNBC about the return of the show and commenting on Tesla and electric vehicles (YouTube: CNBC Television)

Leno also expressed concern over Tesla FUD even as the company is a bona fide American success story providing jobs to thousands of American workers. And over the years Leno's appreciation for Tesla has grown evidenced by his steadfast support of the brand in numerous interviews.

Just last year, Leno visited the Tesla Design Center in Hawthorne, California to experience the Model 3 and next-gen Tesla Roadster first hand. He was floored by the experience. For a look back at that episode along with more clips featuring Leno's views on Tesla, check out the video retrospective below.

LENO ON THE NEW ROADSTER AND MODEL 3

HOW LENO CAME TO BUY A MODEL S

LENO'S INTRO TO THE MODEL S