After I-Pace, Jaguar Wants To Change Car Definition In Dictionary 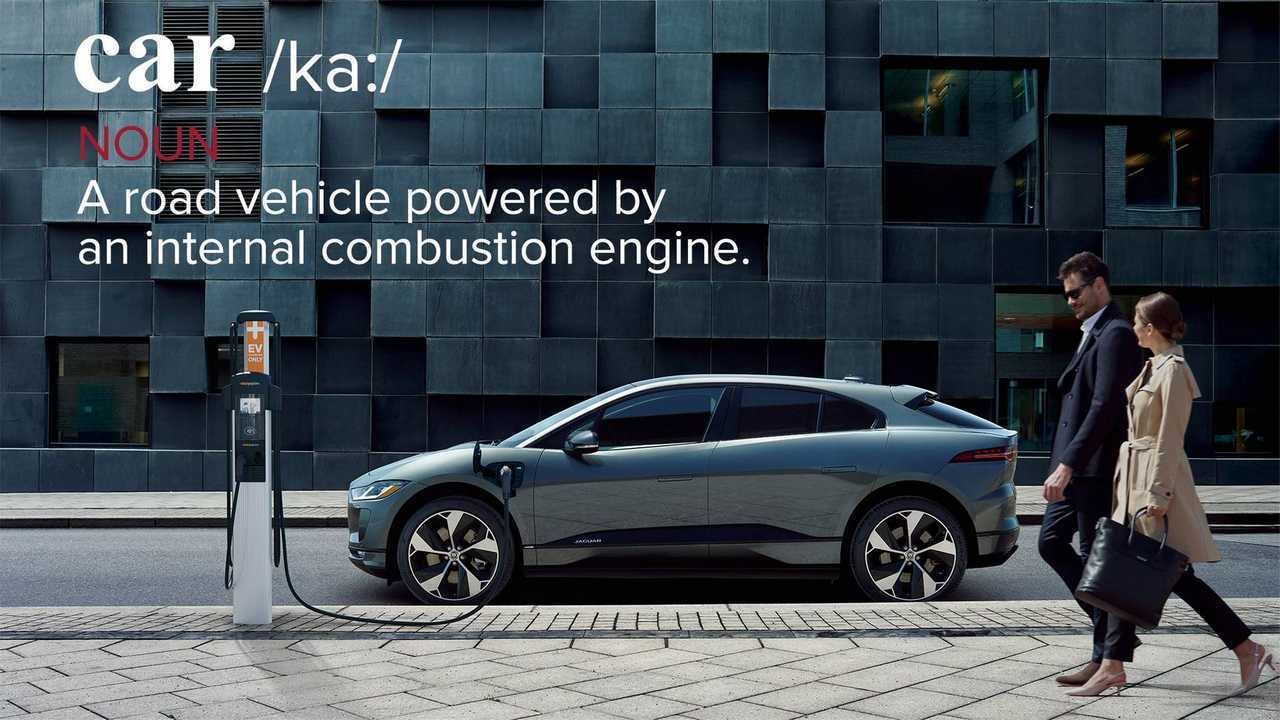 Why is a car defined by its “internal combustion engine," Oxford?

If it was not for our friends at Motoring Research, this would have gone unnoticed. Last July 29, Jaguar UK tweeted something it had probably never realized before building the I-Pace: some dictionaries define the word “car” by their propulsion. And a car, according to the Oxford English Dictionary, is "a road vehicle, typically with four wheels, powered by an internal combustion engine and able to carry a small number of people." How come?

The fact is that Oxford's definition of the word "car" must be an old one, created way before modern electric cars presented themselves as a credible means of transportation. Well, it is just a matter of updating it. Not only at the Oxford English Dictionary but at some others.

Why Are Jaguar I-Pace U.S. Sales So Low? Video

We went to check how the Cambridge Dictionary defines car and it states it is "a road vehicle with an engine, four wheels, and seats for a small number of people." What about electric motors?

The Dictionary.com website defines "car" as a synonym for "automobile". Which is "a passenger vehicle designed for operation on ordinary roads and typically having four wheels and a gasoline or diesel internal-combustion engine."

The American Heritage Dictionary goes in the same way. "Car" is "automobile", which is “a self-propelled passenger vehicle that usually has four wheels and an internal-combustion engine, used for land transport.” But not all is lost for EV fans.

The Collins Dictionary chose to define "car" as "a motor vehicle with room for a small number of passengers." And it defines motor as "the part that uses electricity or fuel to produce movement, so that the machine, vehicle, or boat can work."

What about the Merriam-Webster? It goes well by stating a car is "a vehicle moving on wheels", such as an automobile. Properly defined as "a usually four-wheeled automotive vehicle designed for passenger transportation"

MacMillan also avoids any sort of controversy. Its definition for "car" is straight to the point: "a road vehicle for one driver and a few passengers. Someone who drives a car is called a driver or a motorist."

"A lot of time and thought is put into the name of any new vehicle or technology to ensure it is consumer-friendly, so it’s surprising to see that the definition of the car is a little outdated," David Browne, head of Jaguar Land Rover’s naming committee, told Motoring Research.

"We are therefore inviting the Oxford English Dictionary and the Oxford Dictionaries to update its online classification to reflect the shift from traditional internal combustion engines towards more sustainable powertrains."

Will Oxford accept that invitation? What about Cambridge, Dictionary.com, and the American Heritage Dictionary? Check your favorite one to see if it presents a proper definition for "car". One that encompasses EVs, of course.

Gallery: After the I-Pace, Jaguar Is Not Happy With the Meaning Of The Word Car