Rust Can Become A New Way Of Generating Electricity 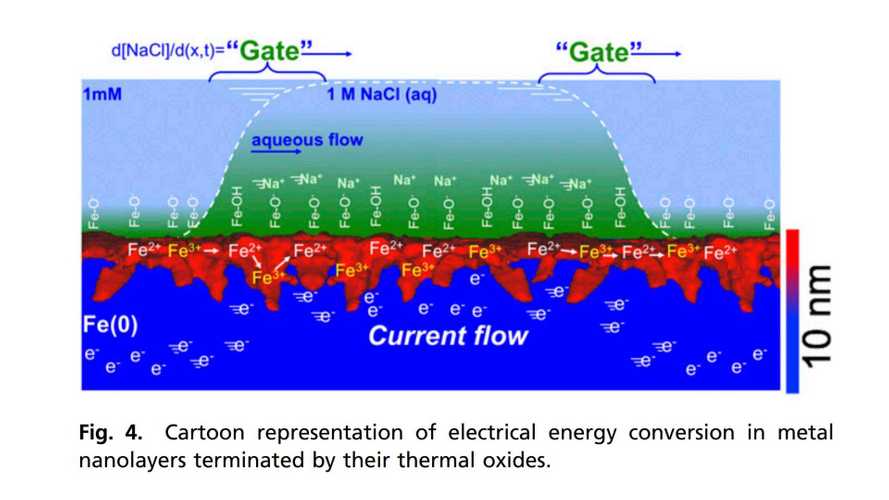 And you just wondered how to get rid of it for good, didn’t you?

The best solar panels to date are able to convert around 20 percent of sunbeam’s energy into electricity. Which is a massive improvement considering they could only convert 13 percent about ten years ago. What if we told you rust can have a 30-percent efficiency? This is what scientists from Caltech and Northwestern University have announced in a study published at Proceedings of the National Academy of Sciences.

Tom Miller, Caltech professor of chemistry, and Franz Geiger, Dow Professor of Chemistry at Northwestern, discovered that the iron oxide – or rust if you prefer – can present the electrokinetic effect that was previously observed mostly in thin graphene films.

We could try to explain that, but Emily Velasco, from the Caltech PR Team, is more clear and precise than we could ever be. And here’s her explanation of the phenomena:

“The mechanism behind the electricity generation is complex, involving ion adsorption and desorption, but it essentially works like this: The ions present in saltwater attract electrons in the iron beneath the layer of rust. As the saltwater flows, so do those ions, and through that attractive force, they drag the electrons in the iron along with them, generating an electrical current.”

While graphene is difficult to produce in a high scale, rust is much easier. "It's basically just rust on iron, so it's pretty easy to make in large areas. "This is a more robust implementation of the thing seen in graphene," said Miller in the press release from Caltech.

"For perspective, plates having an area of 10 square meters each would generate a few kilowatts per hour—enough for a standard US home. Of course, less demanding applications, including low-power devices in remote locations, are more promising in the near term," said Miller.

We can imagine that nanofilm – which is only te nanometers thick – being applied in a wide variety of applications. All of them in a very sustainable and renewable way. And so does the scientist.

"For example, tidal energy, or things bobbing in the ocean, like buoys, could be used for passive electrical energy conversion. You have saltwater flowing in your veins in periodic pulses. That could be used to generate electricity for powering implants."

Yeah, we know: Science is awesome!

Gallery: Rust Can Become A New Way Of Generating Electricity