While industry experts may be skeptical of Tesla as a company, they don't doubt its seven-year edge.

The automotive and oil industries dominate the global economy, and both are on the cusp of revolutionary change. The ramifications of this are endless, and when auto industry experts start discussing the current state of affairs with an open mind, the conversation can take some very interesting turns. 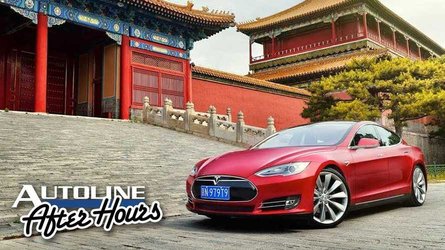 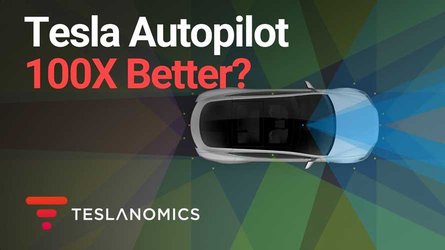 Is Tesla Autopilot Way Ahead Of Rivals In Self-Driving Race? Video

In a recent episode of the YouTube series Autoline, guest Paul Eichenberg, a strategic consultant for the auto industry, ranges over a wide variety of topics - and it’s amazing how many of them have to do, directly or indirectly, with Tesla.

Eichenberg’s main focus is the challenge that the transition to autonomous, connected electric vehicles will pose for automotive suppliers. In some ways, it sounds like Tier 1 suppliers are ahead of the OEMs in terms of preparing for the coming shift. There are several components (e.g. belts and pulleys) and industrial processes (e.g. forging, aluminum die-casting), formerly mainstays of suppliers’ business, that have much less application in electrified vehicles, and the major Tier 1 firms are steadily divesting or spinning off divisions that focus on these components and processes.

The results of the coming changes will be felt in many unexpected ways, and Eichenberg makes a number of interesting connections. Among other observations: product cycles for vehicle exteriors and styling features are likely to become longer as automakers eventually follow Tesla’s lead and start improving software features via Over-The-Air Updates. Many in the industry believe (again, inspired by Tesla), that monetization of driver data could be a big part of their future business.

Tesla is setting the example, but China is setting the pace. Eichenberg recently visited China, and found that local OEMs are planning to be “done with the internal combustion engine” by 2025.

While the panel members sound a little skeptical of Tesla as a company, they all agree that its product is “clearly superior.” The legacy automakers are still waiting to “see if this Tesla thing works.” Well, it has. “In terms of the product, Tesla has kind of figured it out,” says panel member Joe White. Tesla’s “skateboard” drivetrain platform gives it a seven-year advantage in the marketplace.

At least some of the execs at the legacy automakers can see this as well as anyone. They know they need to have a “game plan” to catch up, but there’s one problem. Moderator John McElroy poses the big question: “What if you can’t make money [selling EVs]?” Tesla may be the undisputed leader in EV technology, but it’s struggling to deliver a consistent profit. The half-hearted EV efforts at most OEMs are probably nowhere near profitability.

There’s a big gap to be bridged between the decline of the ICE and the establishment of a profitable business building EVs. Some of the OEMs and Tier 1 suppliers see major financial troubles ahead - Eichenberg even alludes to the industry meltdown of 2008-2009 - and are starting to plan for some lean years.

Investors are taking notice, and many suppliers, including Delphi, Schaeffler and Cooper Standard, have seen major declines in their stock prices. “Electrification isn’t going to hit tomorrow, but there’s already this idea of diminishing returns [in the powertrain business].”