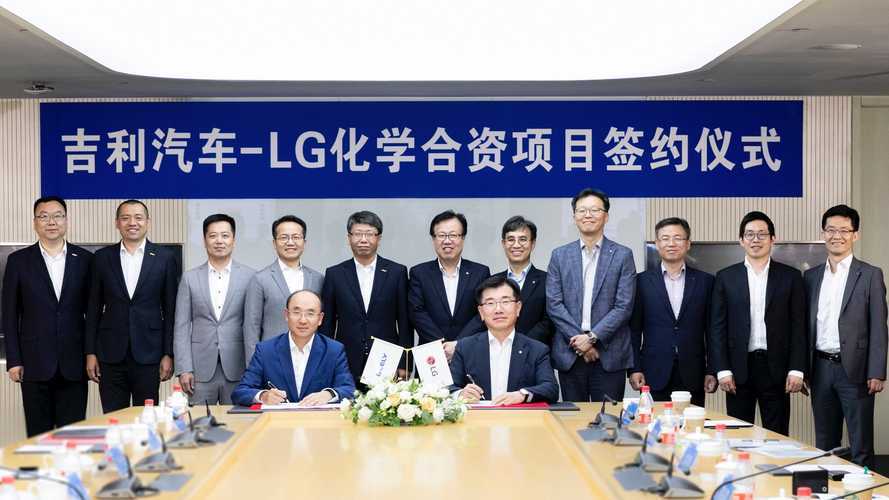 The registered capital of the JV is $188 million. Construction of the plant will start later this year, while production should begin at the end of 2021.

Geely Auto announced a major electrification plan - the Blue Geely Initiative - under which intends to increase share of hybrid, plug-in hybrid and all-electric vehicle sales to 90%.

Under the terms of the agreement, Shanghai Maple Guorun and LG Chem will establish a joint venture company with a 50:50 share structure that will be jointly engaged in the production and sales of new energy vehicle batteries. Total registered capital in the new joint venture will reach 188 million USD (circa 207 billion Korean Won) split equally between both parties.

In November 2015, Geely Auto was one of the world’s first automotive brands to commit to electrifying its product range. Under the Blue Geely Initiative, Geely Auto aims for 90% of its sales to come from electrified vehicles – including mild hybrids, plug-in hybrids and pure electric vehicles – starting from 2020. The joint venture with LG Chem will help Geely to realise its Blue Geely Initiative with a stable supply of core components for Geely Auto, to be used in future products to meet Chinese consumer demand for new energy vehicles.

Mr. An Conghui, President of Zhejiang Geely Holding Group, CEO and President of Geely Automobile Group, said: “Geely Auto has already created a strong supply chain network for the production and development of new energy vehicles. The signing of this joint venture agreement with LG Chem further strengthens our position as a leader in new energy vehicles, where we aim to create more value and better ownership experience for our consumers.”