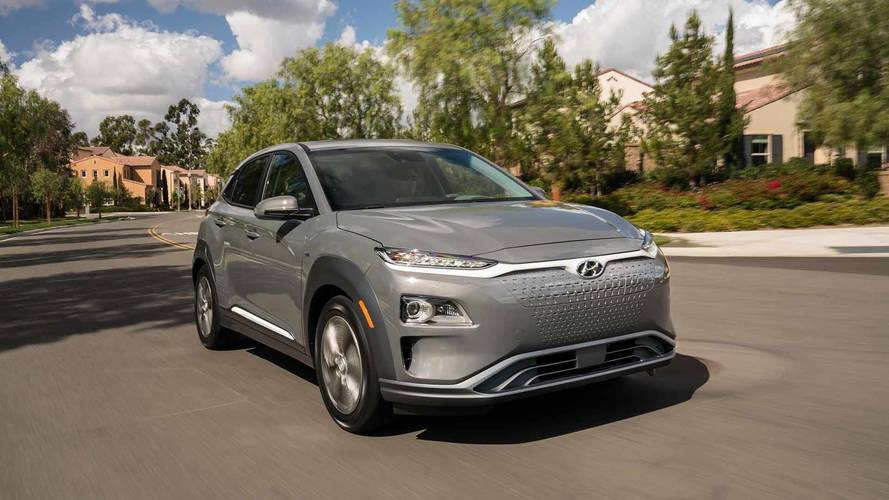 These complaints still don't take the shine off the car for their owners.

Make no mistake, the Hyundai Kona Electric is a pretty great car. The compact crossover has found its way into a number of driveways now in North America, and some of their owners have, in turn, found their way to the InsideEVs Forum to share their experiences and trade tips.

As one might expect, there is a lot of talk about all the features they like, but a recent thread also delved into the other side of the equation: their dislikes. After a number of posts, a couple of things have become clear. The number of negatives is pretty small and Kona Electric owners are pretty chill.

In any case, we thought we'd share some of their "disappointments" here so others might have an idea what to expect. We should underline that none of these things are really deal breakers (for most) and, interestingly, none of these things involve DC fast charging away from home.

The biggest complaint seems to be with the navigation system, and it's one that should be relatively simple for Hyundai to address. The main issue appears to be the maps. Owners are saying they would like to see them updated. And, since new charging facilities are popping up all the time (and these can be shown on the maps), they would like those updates to happen frequently.

Another pet peeve of Kona Electric owners are the Nexan tires it rolls out of showrooms on. One owner mentions they swapped out the stock rubber for a set of Nokian WRG4 tires. They claim these are quieter, more efficient, and safer (meaning, we suppose, they have better grip). Another points out they just replaced their winter Michelins with the factory Nexan tires and notes they are, "firmer with slightly more noticeable noise and vibration on rough roads."

More with the Hyundai Kona Electric

In China Hyundai Kona Electric To Be Equipped With CATL Batteries

Another issue brought up also relates to the infotainment screen. Every time the car is started a "nag" pops up. The admonishment to drive safely and follow traffic rules is unnecessary and is unlikely to prevent accidents. One owner suggests that they at least make the message a little less preachy with language like, "Hey great to see you again, all systems functional, let's go have some fun."

More minor is a complaint about the layout of some switchgear. The car has a few buttons on the dash to the left of the steering wheel — traction control, HUD display, etc — that are difficult for some to see in that location. Another owner is also somewhat displeased with the configuration of the gear selector buttons.

Finally, and this may be more of a pet peeve for those with larger feet, but the dead pedal (that's the footrest to the left of the brake pedal) is somewhat narrower, making foot placement on longer drives uncomfortable.

Clearly, these are mostly minor issues and, as we said, definitely not deal breakers for most. It is interesting to note that sprinkled throughout the thread are features that owners like and, for the record, there is a lot to like about the Hyundai Kona Electric: 258 miles of EPA range, great looks and plenty of pep, a heads-up display (HUD), for starters. But, that's a thread for another day.