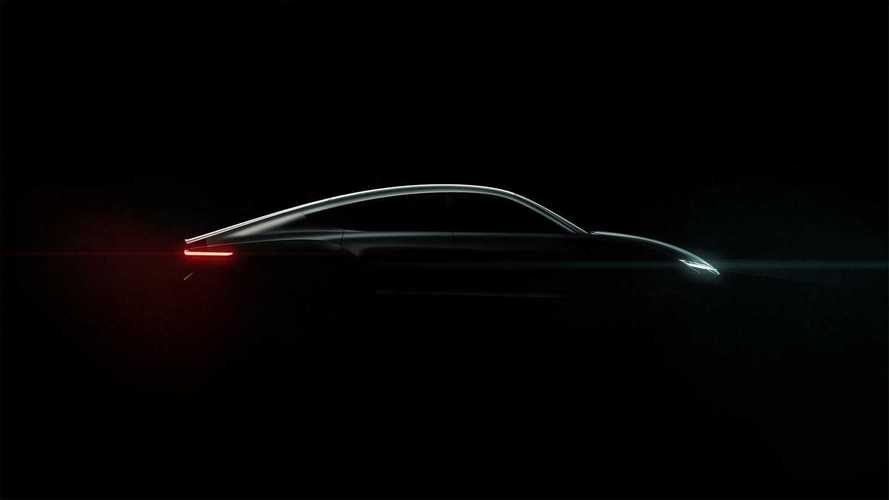 The Lightyear One will be first long-range solar electric car

Dutch start-up Lightyear announced that its first all-electric long-range five-seat solar car, the Lightyear One, will be unveiled in prototype version on June 25th in Katwijk, the Netherlands.

The company boasts that it raised €15 million ($16.8 million) for the project within less than two years and opened its own production facility in Helmond.

The low-volume production of the Lightyear One is expected to begin in 2020 as almost 100 people reserved the car by placing deposits.

Thanks to lightweight construction and aerodynamic shape, the car is expected to have a range from 400-800 km (250-500 miles) and the photovoltaic cells could, in theory, provide electricity for up to 20,000 km (12,430 miles) annually. The powertrain consists of four in-wheel motors, which also means all-wheel drive. We will probably get more details later this year.

Press release:
Helmond, The Netherlands, May 14, 2019 – The prototype of the first long-range solar car will be unveiled in the Netherlands on June 25th. The announcement was made today by Lightyear, the Dutch pioneer in clean mobility. The Lightyear One, their proof of concept car, will be the first concrete step towards Lightyear’s mission of making clean mobility available for everyone, everywhere.

Designed to maximize solar and battery range
Lightyear’s approach uses several innovations to free the driver and take the car anywhere. The Lightyear One was designed from the ground up to solve two of the biggest drawbacks of electric cars: range and charging. The 4-wheel drive car is designed to go for long periods without cable-charging. The battery alone has a range of 600-800 kilometers, depending on the usage. When it does need to be charged, the model’s energy efficiency makes it charge two or three times faster than any other electric car on the market. This means drivers can charge up to 400km overnight with an ordinary power socket, providing them with the freedom to use the Lightyear One in places without electric car charging infrastructure.

The revolutionary engineering of the Lightyear One isn’t limited to power. Its optimized aerodynamics, light weight and four independent in-wheel motors deliver torque with very high efficiencies; Lightyear ensures that its car makes the most of every bit of energy it produces.

The company
Lightyear was founded in 2016 by five members of the team who developed Stella, the world’s first solar-powered four-seater. It won the World Solar Challenge and Best Technology Achievement from the Crunchies, as well as driving the Pacific Coast Highway from L.A. to San Francisco with one charge and zero emissions. Lightyear was born from their drive to make reliable and sustainable mobility available to anyone, anywhere.

Lightyear’s goal is to within the next ten years deliver cars with very low operating costs and long lifetime so the usage cost per km becomes extremely low. At that point, driving electric will become accessible to a much larger group of people than currently.

World premiere on June 25th
On June 25th, the Lightyear Prototype One will be revealed in Katwijk, the Netherlands. The prototype is eagerly awaited by environmentalists and car enthusiasts, as well as the almost 100 people who have already reserved a Lightyear One.

About Lightyear
Lightyear’s mission is to make clean mobility available to everyone, anywhere in the world. Lightyear develops electric cars with energy-efficient design and integrated solar cells. Drivers could go 20,000 kilometers a year on the sun. The fast-growing company was founded in 2016 and now has more than 100 employees. The team is a mix of young talent and experience from the automotive industry, including former employees of Tesla, Ferrari and Jaguar. In less than two years, the company has raised 15 million euros and opened its own production facility in Helmond. The company’s rapid growth has been assisted by significant investment, both private and public. They were also helped by being awarded CES Climate Change Innovator, Postcode Lottery Green Challenge Finalist, and, recently, the European Commission’s Horizon 2020 subsidy. In the summer of 2019, Lightyear will open a new office and launch the first prototype of the Lightyear One, Lightyear’s first model. The first models will be delivered in 2020. www.lightyear.one