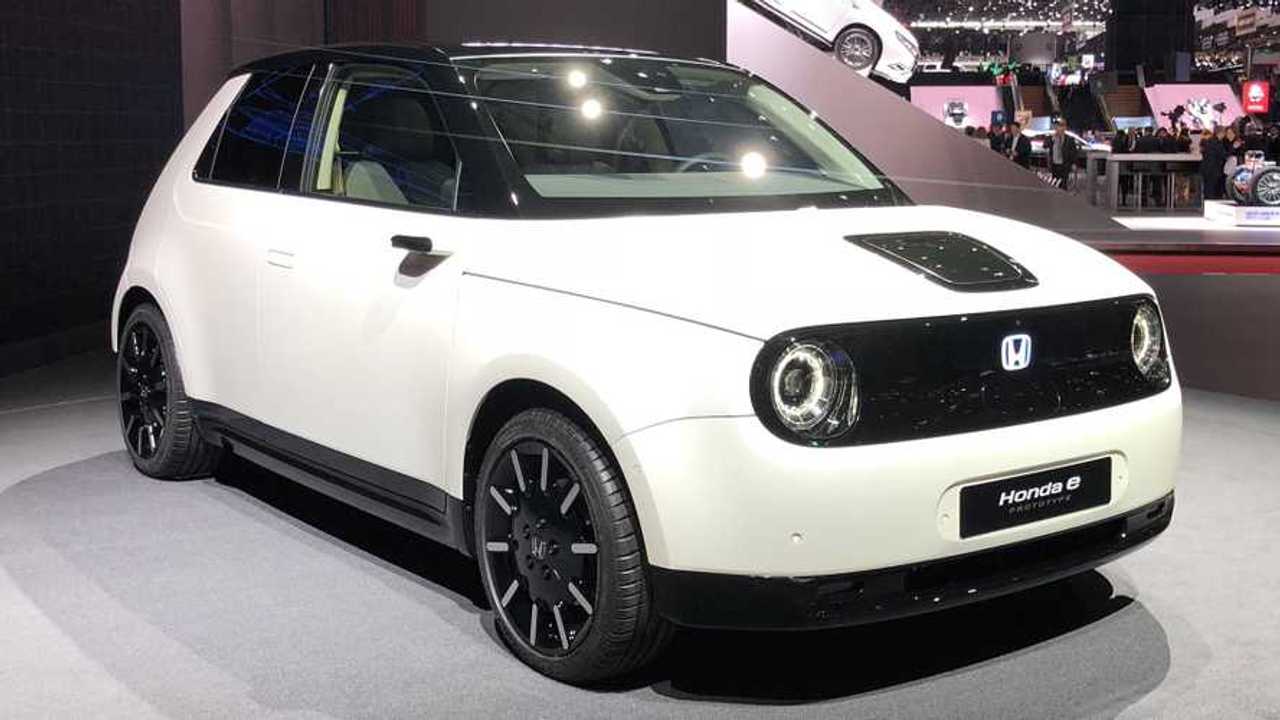 Small, urban EVs with limited range haven’t worked in the past. Maybe because they were ugly?

The dominant EV trend of the last couple of years has been ever-bigger batteries – usually in bulky, compact crossovers. It’s as if the industry unanimously decided that the small electric cars of the early- to mid-2010s should be avoided at all costs.

However, the unveiling of the Honda E Prototype this month at the Geneva Motor Show could represent a change of direction. The cute-as-a-button four-passenger EV wowed crowds in Geneva – reviving the idea that a small electric car with a modestly sized battery could be well suited to urban use and extremely appealing.

Honda’s production version, which will be nearly identical to the prototype, will go on sale in Europe later this year. Company officials told InsideEVs that the small Honda EV is not coming to the US. But they also said that a groundswell of electric-car fans getting vocal about wanting such a car in America could convince the company to consider.

So, what might convince you to rally behind the Honda E Prototype? First of all, it’s visually stunning. Ken Sahara, the car’s exterior design lead, explained the formula to me. “The theme is simplicity,” he said. “We reduced or eliminated the lines as much as possible.”

That was accomplished with flush door handles, small frameless doors, concave front and rear panels, no protruding bumpers, and the use of small cameras instead of side-view mirrors. All the high-tech gear – like radar and cameras – is hidden within blackened panels. Moreover, the rear-wheel-drive electric powertrain allowed Sahara to push the wheels to the corner.

Simplicity is balanced with a friendly accessibility. Round headlamps turn in a welcoming gesture as you approach the car with a key. “It’s heart-warming like a friend,” Sahara said. He compared the Honda E Prototype’s personality to a 10-year-old child or Asimo, Honda’s adorable robot first introduced in 2000. Sahara said that he took inspiration not from cars but smartphones and watches.

But the Honda Prototype E is not only cute. It’s sporty. “The battery is underneath, and the motor is in the rear,” said Sahara. “So there was the potential to make short overhangs. This made it easier to get good proportions.” He hinted that the small EV is also a blast to experience on the road. “It’s really fun to drive,” he said. “As an EV, it not lightweight but it’s rear-wheel-drive.”

Finally, add practicality. Honda designers reiterated that the car is highly maneuverable for city use. It’s small and easy to park – with relatively small doors for easy ingress and egress when lodged into tight parking spots. The charging port is front and center. Sahara said that on a visit to Northern Europe he encountered a woman driving her adult son’s BMW i3 – and she couldn’t figure out how to open the charge port. Hence, Honda’s see-through charging port door is unmistakable.

The ease-of-use carries into the interior design with customizable screens, analog buttons for audio and climate, and a lounge-like vibe. The side cameras reduce glare and improve visibility at night or in bad weather. Steering-wheel paddles control the levels of regen braking.

Previous attempts at small, modest-range EVs – like the BMW i3 or Fiat 500e – were not fully embraced. But Honda knocked the ball out of the park with the design of its small EV. Still, Americans might question a compact car with 125 miles of range compared to all the 200-plus mile crossovers coming to market. That’s why Honda is primarily selling it in Europe with Japan as a secondary market – and bypassing the US.

“A shorter-range EV like this has less range than, for example, a Tesla,” said Sahara. “But shorter range electric vehicles have great possibilities.” His design shows some of those possibilities. Now it’s up to the market to decide if there’s a place for small cars in an electrified future.