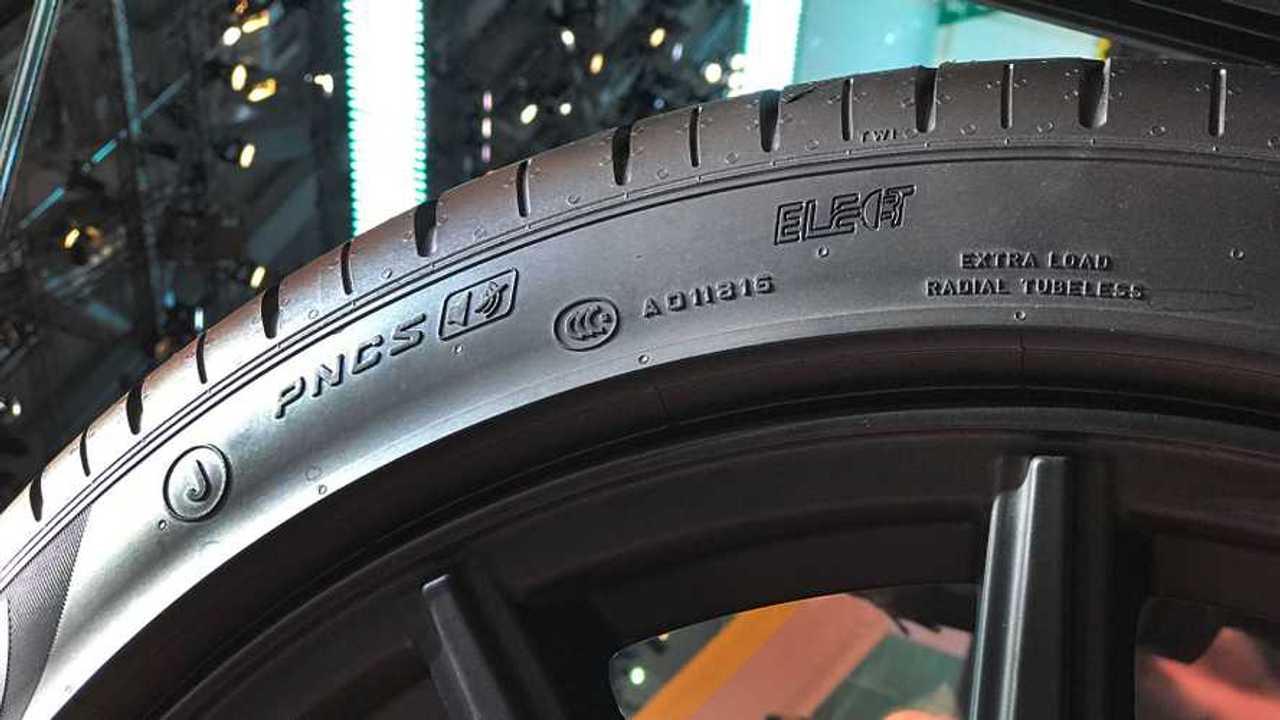 The Pinanfarina Battista and Italdesign DaVinci were two outrageous all-electric supercars on display at this year’s Geneva Motor Show. These exotic EVs are way beyond the reach of everyday drivers. But they were both sporting a component that very well could be on your next electric car: a tire designed specifically for an EV, like the Pirelli Elect P Zero.

In Geneva, we spoke with Pirelli’s head of strategic marketing, Matteo Battaini, who pointed to the “J” on the side markings on a P Zero tires at the company’s stand. That “J” stands for Jaguar – because the EV-specific tire is used on the 2019 Jaguar I-Pace. The “Elect” marking (see above) is for electric.

“The change to electric cars is a reality and it’s coming fast,” said Battaini. “We are reacting.”

If it’s not an EV tire from Pirelli, it could come from another tire maker responding to the rapid rise of electric-vehicle adoption. Garner Insights last week released a study naming 20 different automakers and how they are responding to the rapid expansion of the EV market. We previously reported about EV tires developed by Continental and Goodyear.

Pirelli’s Battaini explained that the creation of a tire for a specific model takes a couple of years of collaboration with the carmaker. Repeated development and testing produces a tire that is tailor-made for the specific weight, balance, and drive characteristics of that vehicle. Remarkably, Battaini said that Pirelli has development projects underway for a whopping 50 different electric vehicles.

There are three main ways that EV tires differ from conventional versions. Acknowledging the added weight from battery packs, Battaini said, “There is harder material on the sidewalls allowing to the tires to support more weight.” He also explained that EV tires use softer compounds due to higher torque. “We can see the difference in acceleration not just at high speeds but especially when pulling away from traffic lights,” he said. Electric cars can cause tires to wear out as much as 30-percent quicker than conventional vehicles.

The "Elect" is a brand marking for electric cars.

Of course, it’s a balance because an EV tire must also be efficient. Battaini said that a well-designed EV tire can extend driving range by as much as five to 10 percent. As EV drivers have discovered the hard way, switching to a conventional tire can immediately reduce range. Battaini discouraged EV drivers from swapping out the exact tire developed for a specific battery-powered vehicle.

The final factor is noise. With no engine noise, drivers are acutely aware of tire and road sounds. Battaini said that Pirelli pays special attention to the tire’s pitch – the quantity and design of tread blocks around the circumference of the tire. “We use mathematical models to understand the sequence that creates the noise,” he said.

Battaini referred to the sound as “music,” suggesting that tire makers can design specific types of sound. Tire makers also use dampening to reduce undesired noise from tire cavities. The company uses a “PNCS” marking on a tire that uses its “Pirelli Noise Cancelling System.”

EV shoppers are advised to not only kick the tires – but to read them. Over time, we can expect the markings (regardless of car and tire brand) to indicate whether or not the tire was specifically designed for an electric vehicle.