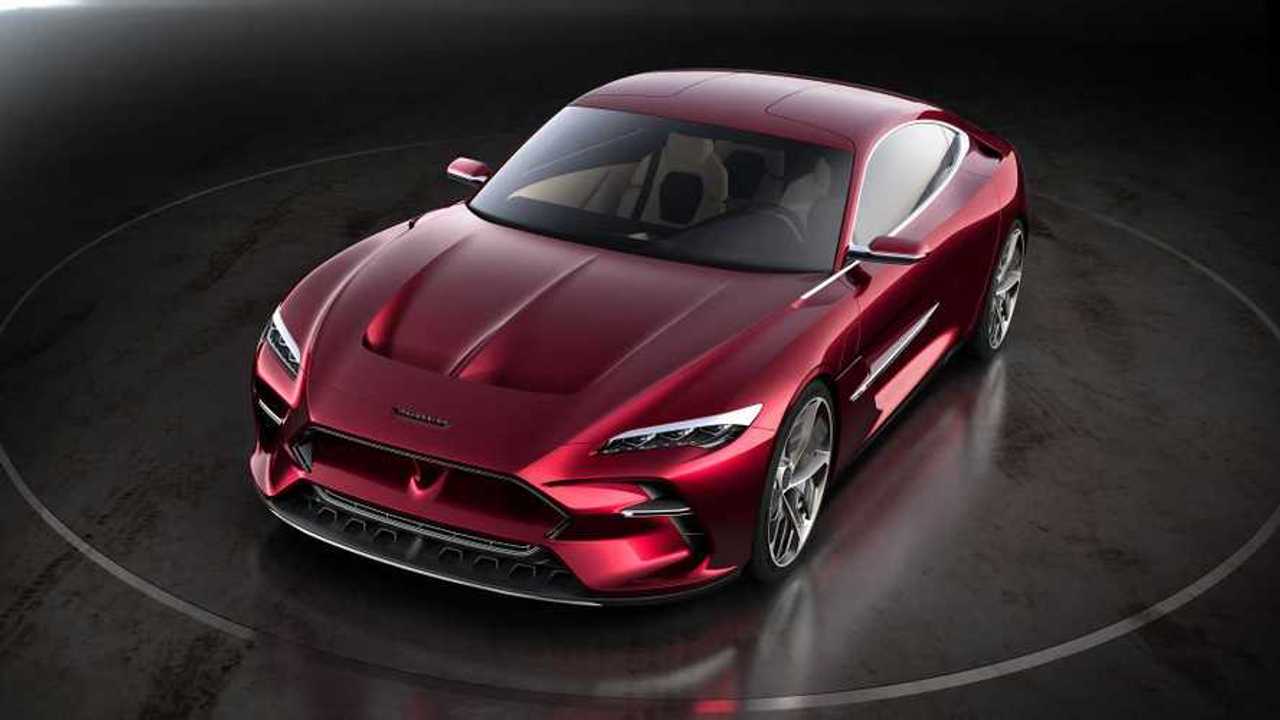 It's designed for electric power, and it could be made production ready with just a few changes.

Remember that curious teaser photo Italidesign dropped a few days ago for this vehicle? The parchment-colored background with line drawings and medieval-styled text certainly was a clue to the name of this machine. No, it’s not the Leonardo DaVinci, but rather, the Italdesign DaVinci – built to celebrate the 500th anniversary of the legendary inventor and painter’s death. And we must say, the car is a stunning work of art indeed.

Unfortunately, the DaVinci is just a concept car. That’s not to say it couldn’t become a production vehicle, however. In its press release on the car, Italdesign explains the DaVinci is a fully electric concept that could see production without considerable change. The design allows for a pair of electric motors positioned at the front and rear, driving all four wheels. The battery pack resides in the middle, keeping the center-of-gravity low and weight evenly distributed front-to-back.

The company envisions the car as being somewhat modular, ready to accept a range of electric motors and battery setups from different automakers. Or, should petrol-power be preferred, the DaVinci could be easily retooled for a conventional drivetrain. In fact, this prototype features a 4.0-liter V8. In other words, Italdesign isn't ready to pull the trigger itself, but should someone else fancy the DaVinci, the foundation is ready and waiting.

Surprisingly, the interior doesn’t look overtly concept in design, sporting a traditional layout with a minimalist appearance and plenty of Alcantara. Even switches and buttons on the dash are covered with the material and backlit so vital information is still visible. Speaking of materials, Pirelli is on-board with the DaVinci as well with a world debut for the company's new P Zero Elect tires, specifically designed for electric and hybrid vehicles.

Given the elegant lines of the DaVinci's exterior with a realistic interior, Italidesign seems quite serious in saying this car could be production-ready with just a few changes. Here’s hoping at least some aspects of the DaVinci make it to production. We think Leonardo would approve.