Does Audi e-Tron Really Only Use 83 Out Of Its 95-kWh Battery Pack? 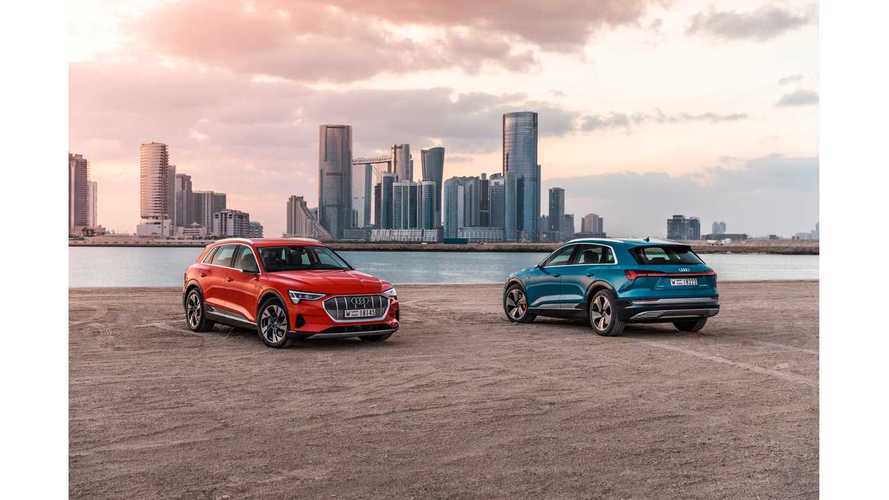 If true, this goes a long way to explaining why the Audi e-tron’s range seems so low.

So far, we only have two sources claiming this rather large buffer Audi may have built into the Audi e-tron battery- Car and Driver (ref) and a Bjørn Nyland's winter range test (ref @10:06).

Here’s a quote from the Car and Driver article:

What gives? For one, Audi uses just 81.0 kWh of the e-tron's 95.0-kWh capacity. Every automaker leaves a buffer to protect the longevity of the pack, but Audi appears characteristically conservative here.

Unfortunately, Car and Driver does not quote a source for this 81-kWh usable energy they are citing.

In Bjørn Nyland's video, he calculates the amount of energy available at only 82.5 kWh’s. Maybe the battery was cold? We don’t know as we don’t have battery temps displayed during his test, but the outside temps were just below the freezing mark. On the other hand, we would assume that Audi would heat the battery so maybe battery temp doesn’t explain it.

Remember, the e-tron is sporting some pretty high power charge rates. They are claiming 150-kWh charging power good all the way to 80%. What impact does the increased charging have on battery cycle life? Adding buffer is an age-old way to compensate when you are coming short on cycle life. The Chevrolet Volt is a great example.

Could these high power charging rates explain why Audi has put such a high buffer in the battery?

Perhaps, but there are other things that could cause Audi to use such a large buffer, such as poor efficiency of the vehicle itself. It’s heavy, has a poor Cd, and its drive efficiency may not be as good as the Tesla Model X.

We used our performance model to sort out the effect of Audi’s high weight, higher drag and lower motor efficiency compared to Model X. In that study we started with a model of Tesla model X. We then made changes to the model based on what we know about Audi e tron:

We docked the drive line efficiency from .87 to .85

The lower drivetrain efficiency, higher weight and increased CDA of the Audi resulted in a range decrease from 287 miles for the Model X (@ 65 MPH constant highway speed) to 260 miles range for the Audi. …a 10 % penalty associated for all the things Audi did that reduce the e-tron's efficiency. This 10% less range also increases battery cycles by 10%.

The range at 65 MPH should be close to the EPA rated range. So we are estimating that, if Audi really did put in all the extra buffer, the EPA range MIGHT be as low as 219 miles when we get the final EPA results.

Could Audi’s promises of 150 kW charging all the way to 80% be the major culprit?

Is the e-tron really only using 83 kWh’s out of its 95-kWh battery?

We don’t know for sure, and we are anxiously waiting for something from Audi on the matter.

What do you think? Let us know in the comment section.

Gallery: Does Audi e-Tron Really Only Use 83 Out Of Its 95-kWh Battery Pack?