About a month ago, Shawn Wylde (American AF) reached out to us to share his artwork. He let us know that he was working on something related to Tesla CEO Elon Musk. To be honest, while we were incredibly impressed, we didn't know if it would be a good fit for InsideEVs. If you check out his Twitter page and online store you'll notice that some of the artwork is bordering on inappropriate, with guns and partial nudity, etc.

As it turns out, Wylde has quite the backstory. It fascinated us, and we're glad to be able to share it, along with Shawn's work. We've included his brief bio below in addition to multiple links sharing his story and background related to the art:

I grew up in a very chaotic family--my mother has pretty severe personality disorder--moving every few years because my step-father was in the military. I lived in the midwest and the south before entering college in Virginia. I was expelled from the Virginia Military Institute for leading a week-long student revolt against the administration after they wrongly punished some fellow students. From there I entered the US Marine Corps as an officer. After deploying to Iraq and suffering a traumatic brain injury and PTSD, I spiraled downward, ended up in a psychiatric ward and eventually federal prison. I climbed my way out of the depths of psychological hell, received a honorable discharge from the military (despite the prison sentence, the Marine Corps was merciful to me because of my good record and injuries) and founded several internet companies doing $40 million/year. Was in the NYT after leaving service for exposing misogynistic creeps who kept harassing females in the Marine Corps. 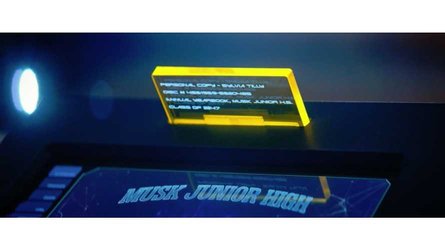 You Should Really Watch This Movie, Because Elon Musk Says So

Musk is an an entrepreneur's entrepreneur. We tend to idolize the big names in tech, but I think the vast majority of founder success stories could have been written about somebody else, if timing and luck were different. That is, Facebook, Microsoft, Amazon, etc, while amazing companies, would have been created by somebody else if not by the founders that got there first. But not Tesla, Space X, and Boring Co. No way these would exist without Elon Musk. I think that's what sets him apart from the other start-up mega stars. Also the fact that he keeps starting new companies. Most successful entrepreneurs realize how lucky they were and how brutal it is, and so they transition into being investors. It's safe and easy. But not Elon. He goes and invests all his money into insanely risky start ups. It's mad really. That's why we created Mad Musk!

I was also inspired by Tesla's mission and wanted to work there. I'm a pretty good entrepreneur, but they already have one that's a lot smarter than me, so I figured I would help from the outside. American AF is a hyper-patriotic brand I own. We're best known online for our amazing artist Jason Heuser creating epic illustrations of America's legends, including an image of former Secretary of Defense James Mattis which hangs in military installations all over the world. We have over 3m very active followers and are hugely popular in the military and middle-America (we are most popular in Texas). I noticed there was some resistance there to EV's, largely based of this notion that Tesla is bad because it got government subsidies. Every American auto company has gotten government assistance--Tesla receiving the most minor share overall--so it’s a really silly critique. In light of that, we've been promoting Tesla and Musk a lot lately. Musk embodies the American dream and Tesla is made in the USA--truly American AF!

Finally, after reading up on Elon, I get the sense that he was a child prodigy who suffered a traumatic upbringing that--despite being tragic--somehow resulted in a guy who has nearly unlimited perseverance, passion, and goodwill to give the world. I just think he’s a really authentic, sincere person that isn’t motivated at all by money or power. He’s a creator and engineering is his art.

We hope Elon really likes the art but will settle for him not hating it..and not suing us for using his likeness :’)

We at InsideEVs want you to truly realize all the background and hard work that goes into this artwork. If you follow Tesla and Elon, taking a really close look will reveal a plethora of "hidden" information. (Spoilers coming, so if you don't want to be apprised right away, watch the video and look at the artwork before reading ahead)

Did you find anything interesting? Let us know your discoveries in the comment section below. For those who don't want to play "Where's Waldo," read on. 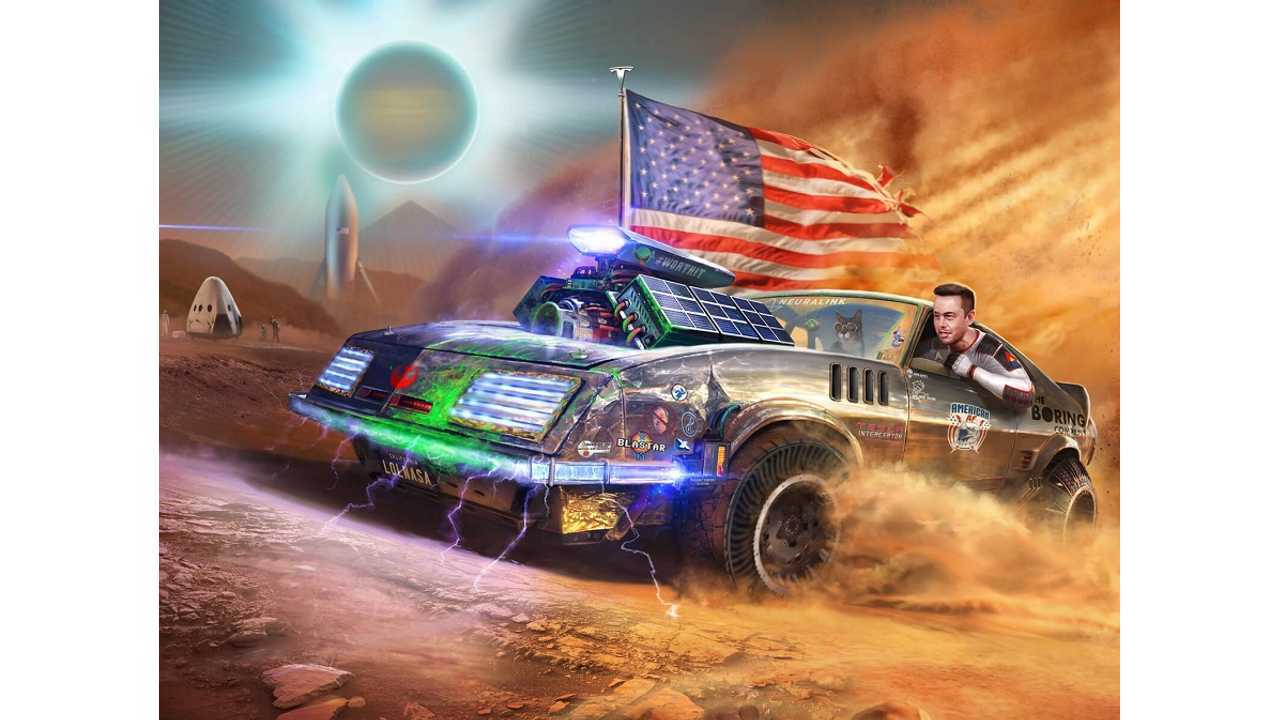 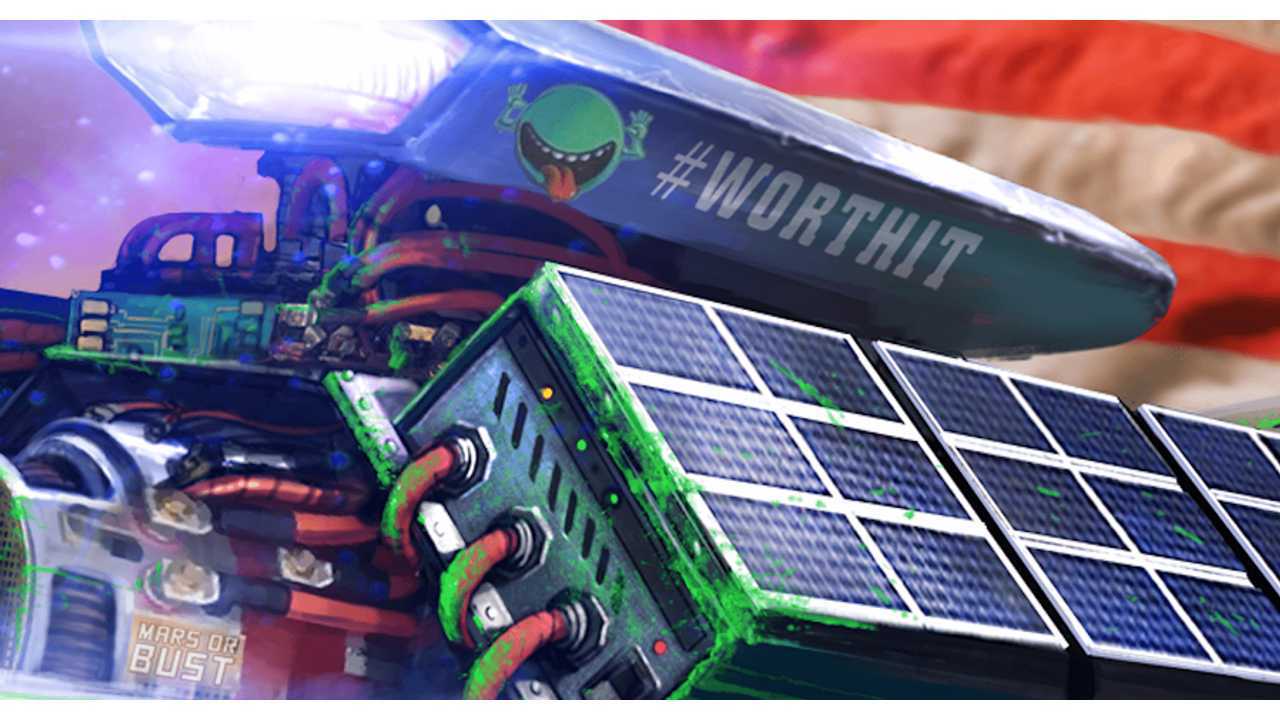 -Cover art to one of Elon’s favorite books, The Hitchhiker’s Guide to the Galaxy. 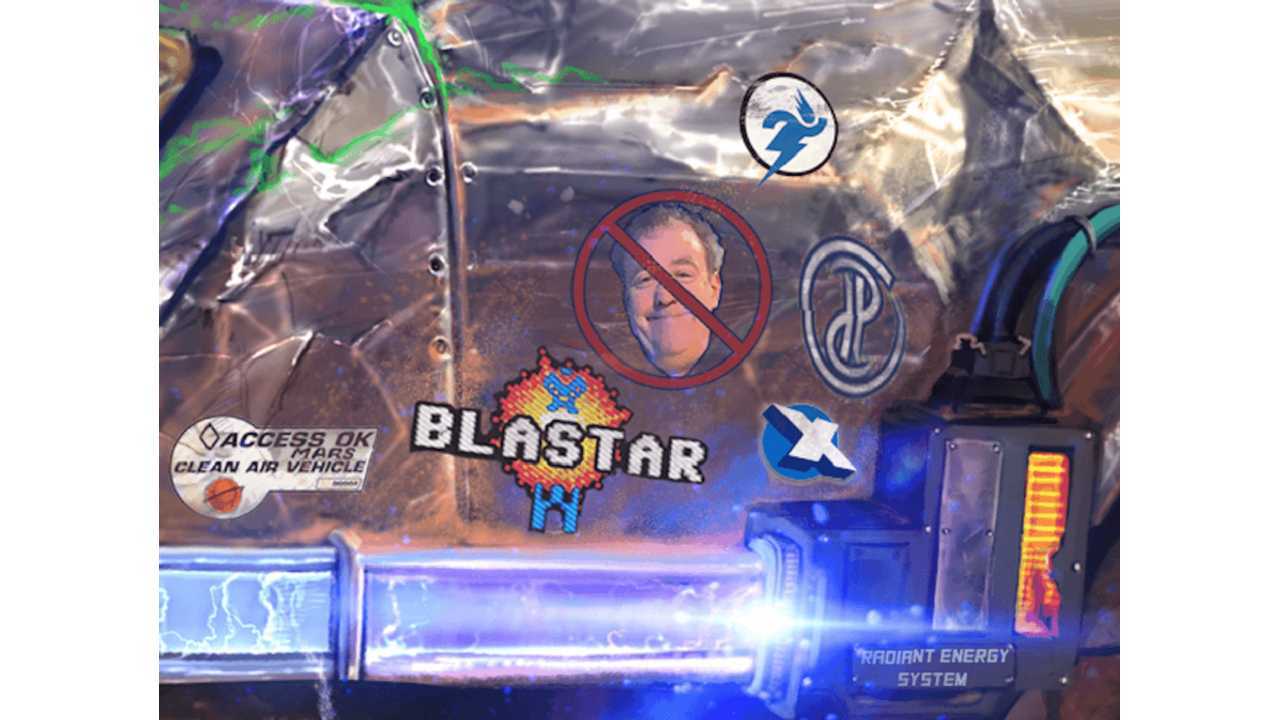 -Blastar, Elon’s game he created as a kid.

-PayPal, thats their first logo. Technically before Elon merged with it. But PayPal sucks so bad now we didn’t want to use their current logo :) 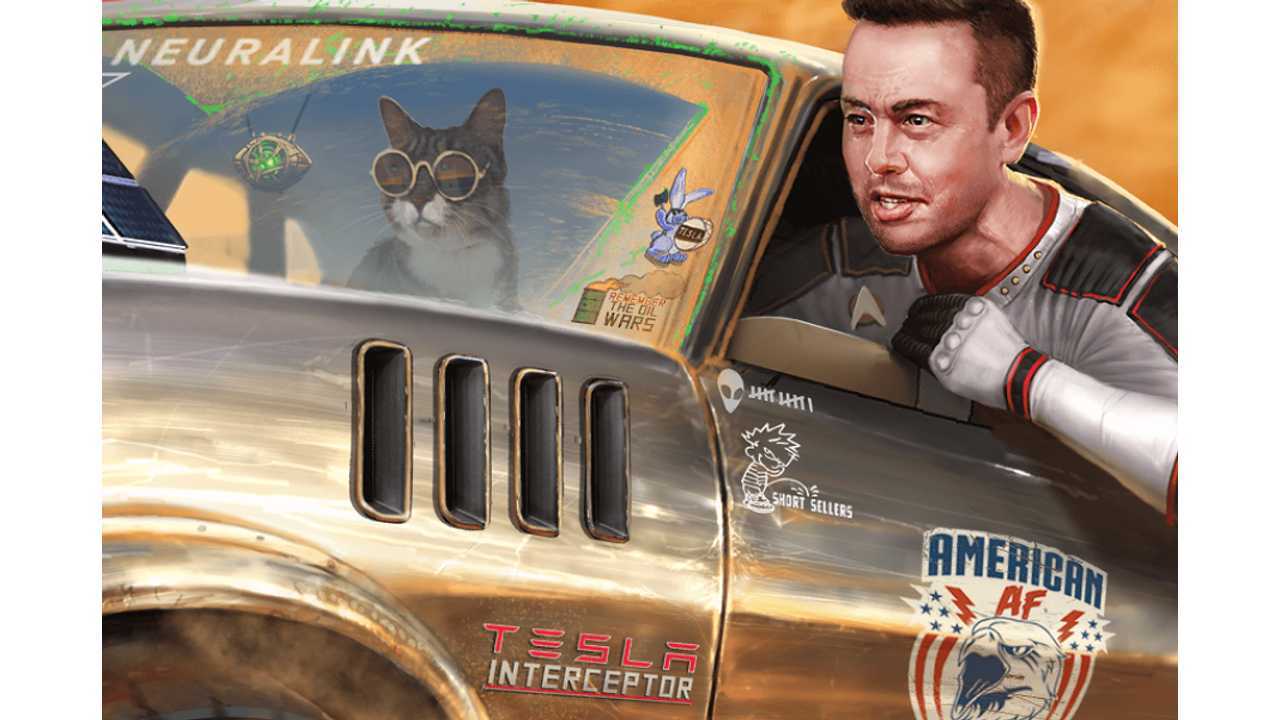 -Those 1990’s Calvin stickers everybody had, taking a big ole leak on short sellers

-The Interceptor is the name of the Max Max car

-Everybody needs a wingman.

-The eye of Agamotto

-Remember the oil wars.  Wars suck and being in a war over resources really sucks

-The green on the car is alien blood. Elon here is keeping track of how many he has smashed. 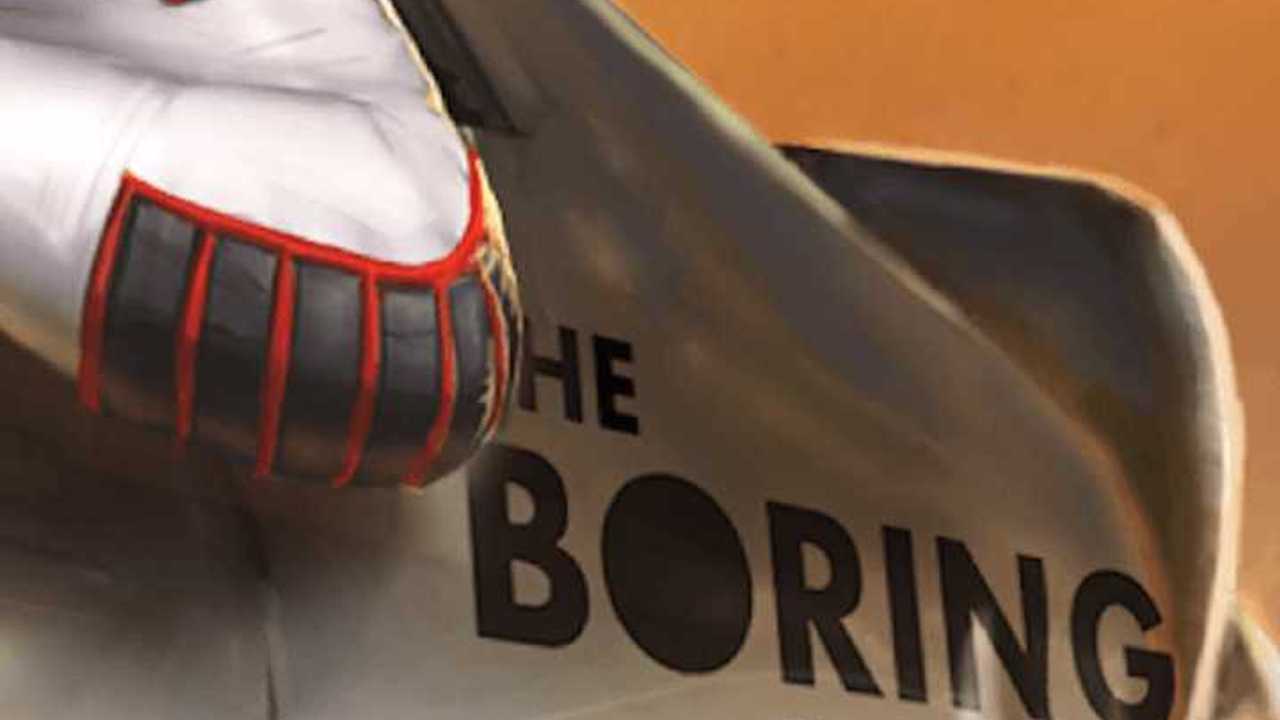 And finally, a "silly" video from American AF: