The Extreme E racing concept has been presented to nine “very serious” manufacturers, according to championship co-founder Alejandro Agag.

The series, which is backed by Agag’s ABB FIA Formula E organisation, was officially launched on its floating paddock – the RMS St Helena ship – in London on Thursday. 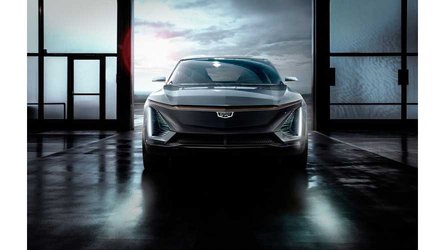 The groups that heard these talks included representatives from nine manufacturers – with personnel from various FE squads also in attendance.

Agag explained that no manufactures are currently committed to entering the series, and added that XE does not “even have a contract, we’re working on the contract for teams to come in”.

But he said that “the nine manufactures that are all very serious and very big”.

“They are nine of the usual suspects, if you want to call them that,” he continued. “But, I don’t know how many are like really serious to come in or not.

“We’ve had very preliminary conversations with some, which have been really interesting. But we’ve even been fine-tuning the concept a lot until .

“We are about to finish the sports regulations and the technical regulations. When we have that, manufacturers need to really make up their minds and make a study.

“Also, I think when they see this, it’s going to be another element because you need to see this to believe it.

Agag also stated that XE’s first season, which the series is planning to start in January 2021 before running through to the following August, would need “zero” manufacturers if it came to it.

“I will start the championship with no manufacturers if needed, and just use all independent teams,” he said.

“This is not conditional to anything.

“This championship is happening – if manufacturers are here, great, if they’re not here, I hope they will come after.”