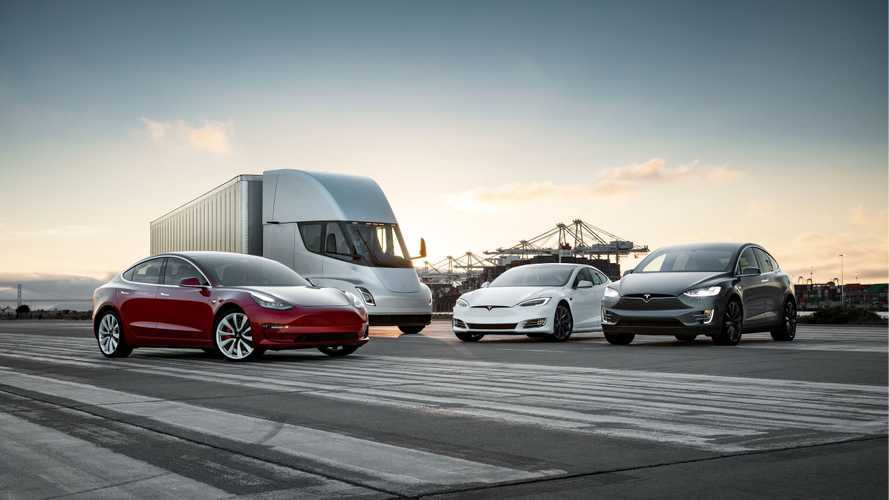 With back-to-back profitable quarters under its belt, Tesla is kicking off 2019 with an emphasis on financial discipline. Engadget reports, "Tesla's 2018 fourth-quarter results showed the company still made a profit ($139.5 million), but it was smaller than that of the third quarter ($311.5 million). For the quarter, the company posted $7.23 billion in revenue. Last year's revenue was $3.29 billion. Overall for 2018 it reported $21.4 billion in revenue."

The culprit behind the numbers? "A lot of this had to do with Model 3 sales which accounted for 80 percent of all EV sales in the US in 2018 according to Musk." In 2018, according to Tesla's Shareholder Letter, "Model 3 then went on to become the best-selling passenger car in the US in terms of revenue in both Q3 and Q4. With nearly 140,000 units sold, Model 3 was also the best-selling premium vehicle (including SUVs) in the US for 2018 – the first time in decades an American carmaker has been able to secure the top spot."

So what can we expect from Tesla in 2019? Musk elaborated on the earnings conference call (via CNBC), "Even if there’s a global recession, we’re expecting deliveries this year to be about 50 percent higher than last year. And it could be a lot more than that, but even with tough economic times to see 50 percent growth is pretty nutty." Musk also teased, "We might be ready to unveil  this summer... It will be something quite unique, unlike anything.”

And for this year, Wired reports, "Tesla is focusing its efforts on a few key areas, Musk said on an earnings call: reining in costs, improving its service operations, getting Model 3 sedans to customers in Europe and China, and preparing for production of the Model Y, the as-yet-unseen midsize SUV that will follow the Model 3... Musk predicted that demand for the Model Y will outpace that for the 3 by 50 or even 100 percent."

Above: Model 3 is allowing Tesla to win the top spot for both EV and premium vehicle sales in US (Source: Tesla's Shareholder Letter)

Furthermore, "Tesla is now starting to put together the tooling that will allow for production of the Model Y... The midsize SUV will share more than three quarters of its parts with the Model 3, and Tesla will likely build it at its Gigafactory battery plant outside Reno." Musk said, "Batteries and powertrains will come out and go straight into the vehicle."

However, a timeline for Tesla's base price $35,000 Standard Range Model 3 still remains fuzzy — Musk said it was to be expected sometime "middle" of the year. Nevertheless Musk stated, "The demand for Model 3 is insanely high... The inhibitor is affordability.”

Yet, as Model 3 expansion efforts and production ramp progresses in 2019 across the globe, Tesla should realize significant economies of scale. Meanwhile the company's critical Shanghai Gigafactory is being built at "lightning" speed according to Musk who gets daily updates on progress from Tesla's China team.

Above: Tesla's Q4 earnings call - note: discussion starts at 17 minutes and 14 seconds into the recording (Youtube: Chanon Bros via CleanTechnica)

Finally, CFO Deepak Ahuja is retiring (once again, for the second time) but leaving the company on solid footing. Even with debt payments coming, CNBC reports, "Tesla says it has enough cash to ‘comfortably settle’ its $920 million bond payment" which comes due March 1st.