A look at the inside of the modules and the cells.

We've seen the battery pack of the Tesla Model 3 torn open and disassembled before. Then, as now, EVTV delved into its internals to share the what was found. This time, though, the outfit opens up an individual module, and even a 2170 cell, for all the world to see. The observations made by host Jack Rickard are illuminating.

More on the battery in the Tesla Model 3 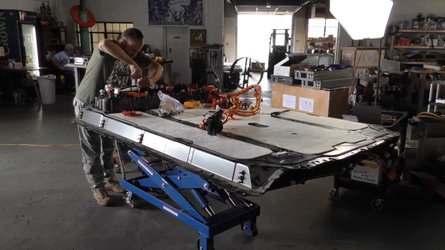 Watch As Tesla Model 3 Battery Is Removed And Disassembled 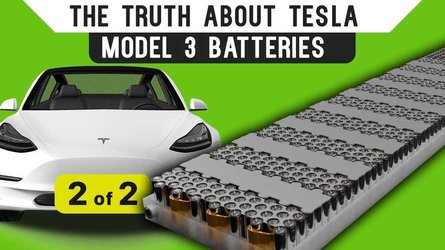 Inspecting the module, he notes that each end has a "manifold." They basically feed coolant through the many channels of the aluminum ribbons that snake through each row of cells. Packed in all the open spaces of the design is a light blueish material described as "crumbly and soft." It had been speculated that this substance is a fire retardant -- that theory doesn't appear to be tested here with open flame -- but Rickard believes its just added to make the internals of the pack more "robust and resilient to damage."

Each section of the module holds 46 cells. Each 2170 cell appears to be held in place by a JB Weld-like adhesive. Our host informs us they could only remove it using a grinder fitted with a wire wheel. 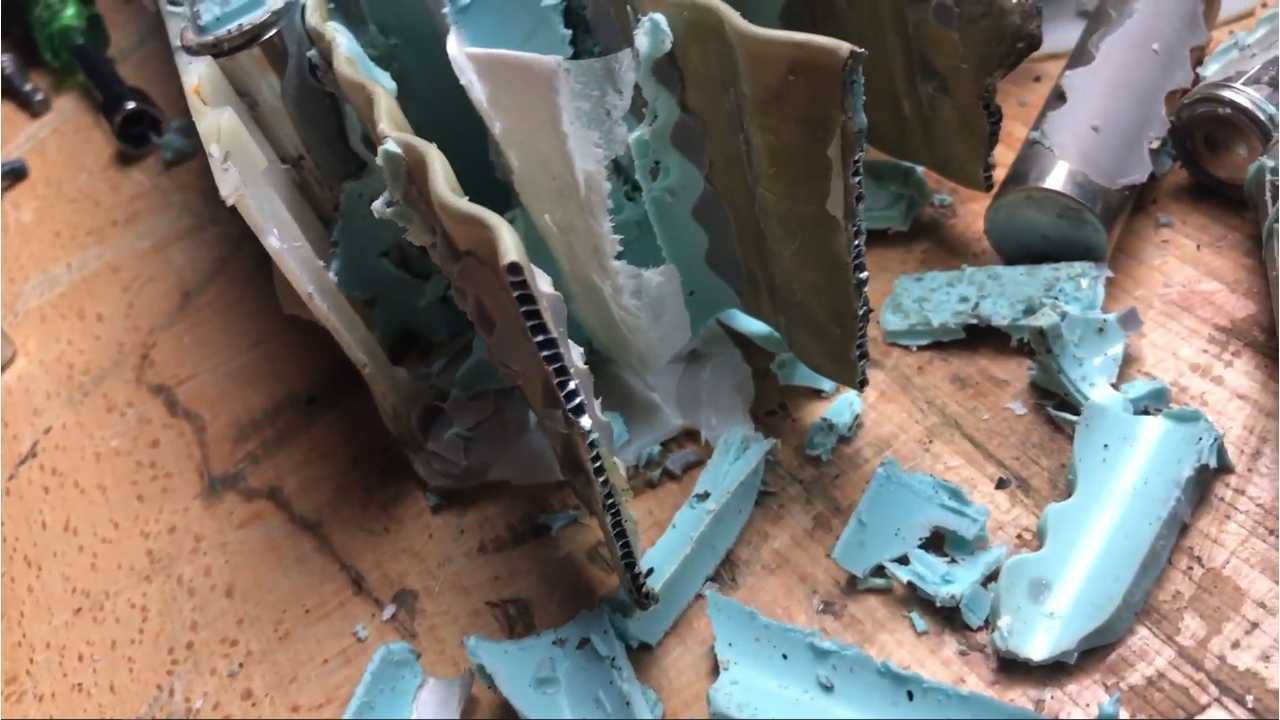 Discussing the energy storage capabilities and admitting the numbers are kind of "squishy," Rickard believes the 235-Ah module holds about 220 Ah of usable energy. He puts the cell capacity at 4.8 Ah. He will be doing some further capacity testing, though believes his estimate is reasonably accurate.

From here, the video turns its attention to the insides of the cells. With the outside cannister removed, Rickard unrolls an example of the 2170 cell. Unfurled, the anode, cathode, and separator layers of the Model 3 2170 cell measure about about 34 inches (86.36 centimeters).

He later presents materials from that cell and that of a 18650 cell from a Model S pack attached to a whiteboard and talks at some length about them. According to Rickard, the actual energy storage abilities of the cells isn't that different per kilogram. He puts the Model S 21650 cell at 240 Wh/kg, while the new Model 3 cells he pegs at 247 Wh/kg.

While the improvement seems rather slight, he does note that if you include the other materials that make up the entire pack, the energy slab beneath the Model 3 holds a more significant amount of energy per unit of weight than Model S: 159.5 Wh/kg to 126.7 Wh/kg. Considering the Model 3 pack also holds a number of components, the improvement is actually quite impressive.

While the entire video may be more than most will find compelling, there are enough interesting points that arise that hardcore electric vehicle enthusiasts may want to watch all the footage. For instance, if you're planning on pulling apart your own Model 3 battery pack, they discuss some of the new fasteners used to attach the upper section of the pack. Enjoy!