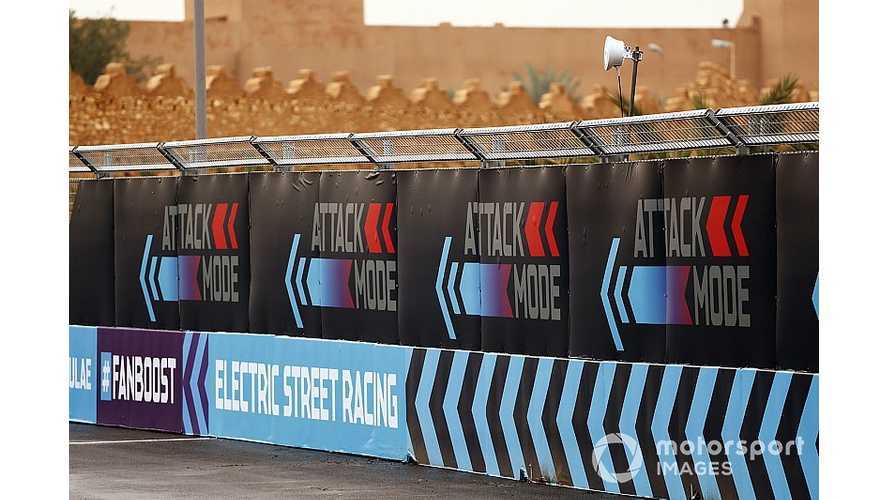 Several ABB FIA Formula E drivers are expecting the championship's attack mode to produce more overtaking at this weekend's Marrakech E-Prix due to the placement of the activation zone.

The Mario Kart-inspired system was used for the first time at the season-opening race in Saudi Arabia, but the activation zone at the Ad Diriyah track had to be moved after criticism from the drivers.

That setting was close to a wall on the inside of tight right-hander, whereas the activation placement in Marrakech is on the outside of the long left-hand Turn 3 and goes more naturally away from the racing line.

Virgin Racing's Sam Bird reckons activating the system will mean drivers can put the higher power on offer to immediate use as a result of the zone's place on the track.

"There will be more overtaking here than there was at the last race due to it being just before a very long straight and it being in a better position," Bird told Motorsport.com.

Reigning FE champion Jean-Eric Vergne, who amongst the drivers to criticise the Riyadh attack mode setting before it was adjusted, expects activating the system to be "a bit better because it's in a better place - a better spot".

"It was very close to the wall , you almost had to touch the wall to activate it," he explained to Motorsport.com.

The attack mode setting at the first race also meant the drivers were losing a significant amount of time making sure they were getting fully into the zone to hit the timing loops that need to be driven over to activate the system.

Motorsport.com understands that these loops are now visible on the track surface in Marrakech.

BMW Andretti driver Alexander Sims told Motorsport.com that as a result "it's not going to be quite as hard and I would guess not quite as much of a time penalty to use it".

"You can see it and it's not tighter than the corner, it's making the corner a bit more wide," he continued.

"The big thing to me is how many marbles and how much dust and stuff is going to be put there and whether you're first to use it or doing it after 20 cars have gone through.

"There's probably more potential for it to enable you to overtake rather than just get a time deficit to make up."