Car fares reasonably well, but about that charging infrastructure...

On paper, the Hyundai Kona Electric is a decent vehicle road trip vehicle. Packing a 64-kWh battery that promises 258 EPA-rated miles, the time spent driving between charging stops should be rather long. But, how does this translate into real-world road tripping? The folks at Autocar piled into a sharp looking grey Premium SE example and set a course from North Oxfordshire, England north to Edinburgh, Scotland in a quest to find out.

The problems began before the trip even started. To make the approximate 300 miles of the first leg, at charging stop would be needed. Fine. However, our driver found that the stations at the prime charging location couldn't be verified as operational from an app or a call to the company that runs them. No biggie, though. Another station 170 miles from the departure point would work well enough. 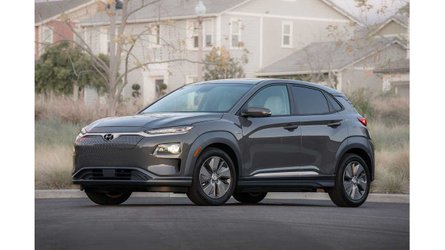 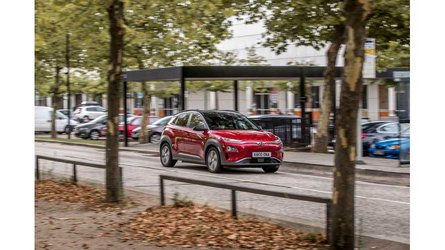 Setting off, the all-electric crossover optimistically promised 319 miles to a charge. Upon reaching that first charging station reality adjusted that figure somewhat. After driving 172 miles, the car showed only 86 miles remaining. Considering it had been cruising at 70 miles an hour and dealing with some stop and go, this is a pretty great result, even if it was 61 miles short of the vehicle's original estimate.

Actual charging brought home another set of realities. Though the Kona Electric is supposedly able to accept a 50 kW during a DC fast charge session, in this instance the driver only saw a rate of 41 kW. After the battery in the Hyundai reaches 80 percent of its total capacity, that speed is significantly throttled back too. This is par for course with most battery-powered cars, but it's something to keep in mind when trip planning.

Reality bit again when our protagonist stopped for a "security charge" 80 miles down the road. The Ecotricity station there was out of order, so the driver tried another nearby station he located on the Zap Map website. Though not marked out of order, it refused to provide a charge, leaving the Hyundai no choice but to soldier on without a buff to its battery.

Happily, this leg of the trip was completed with 30 miles of indicated range left. To achieve it, though, our worried driver had endured stretches with the heat turned off, which is, of course, sub-optimal. This was seemingly an unnecessary discomfort, but when one isn't confident of the EV's abilities, steps to ensure arrival will be taken.

The return trip also saw problems with multiple charging stations refusing to function. A call to Hyundai informed that the UK's exclusive motorway charging company, Ecotricity, had problems with its equipment playing nicely with the Kona Electric. Again, this is sub-optimal, though we have to imagine it will get straightened out eventually.

Overall, Autocar seemed happy enough with the performance of the Kona Electric. It notes that over the 694-mile trip, the car saw averages of 3.5 miles per kWh when driving non-conservatively at highway speeds. But while the vehicle seemed to handle road tripping well enough, the charging infrastructure in the UK is another story. Of the eight charging locations it stopped at, only two were functional.

We have to hope this is an aberration, but really automakers need to make sure customers can actually use their vehicles as intended. While we don't expect every brand to open its own charging network, it makes sense they get actively involved in ensuring compatability.