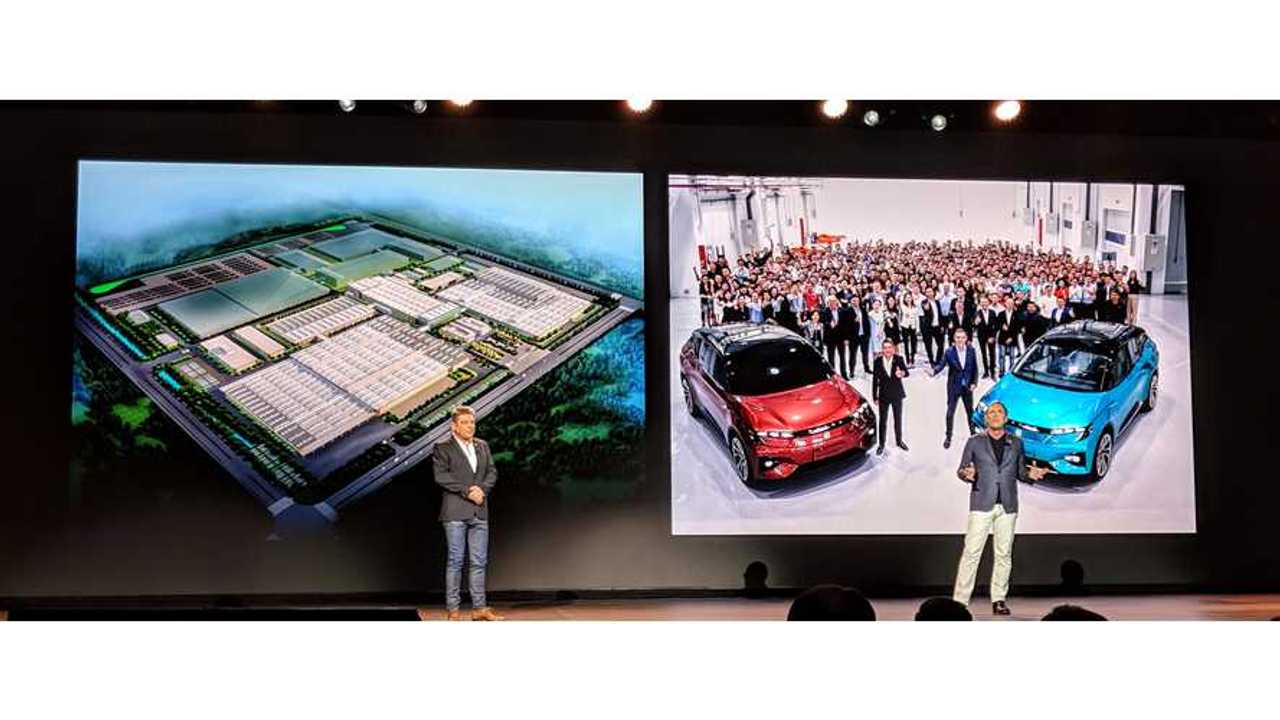 Founders: We're not going away

BYTON's founders Carsten Breitfeld and Daniel Kirchert certainly didn't mince words during their presentation at CES 2019 in Mandalay Bay's Convention center this past Sunday night. In front of about a packed room holding about 800 members of the media, VIPs and other industry guests. The message was clear: "BYTON has arrived."

That might be a strong statement for a car company that hasn't yet delivered a single car to a retail customer, but considering that the company is only about three years old, and their global introduction was exactly one year ago at CES 2018, they actually have accomplished a lot. One of the things Kirchert mentioned is that BYTON is close to securing a highly-coveted production license in China.

BYTON is well on track to secure a production license in China. If you're going to build a standalone, fully independent car company from scratch, you also need to control your R&D, design manufacturing and assembly. With this license, we'll be able to control our own destiny - Daniel Kirchert- Founder

BYTON's founders Breitfeld and Kirchert talk about the progress of their manufacturing plant in Nanjing.

Their manufacturing plant which only broke ground in September 2017, is now progressing at an amazing speed, and is on schedule for completion later this year; on time as promised. BYTON said the factory was actually ready to begin making M-Bytes for testing as of August 2018, and about 100 of the vehicles have already been built there. Some of which were used to crash testing, and BYTON has claimed the M-BYTE has passed all global crash testing standards.

BYTON also released pictures of the production interior of the first vehicle they will bring to market, the M-Byte SUV. The base M-Byte will cost $45,000 and come standard with a 71 kWh battery.  An optional 95 kWh battery will also be available. Range is estimated to be 250 miles and 325 miles, respectively. The full reveal of the production version of the M-Byte will be revealed sometime in the first-half of 2019, with start of production beginning a few months later, in Q4 of 2019. Those initial vehicles will be destined for Chinese customers, with US-deliveries beginning about 9 months later in Q3 2020.

I'm very happy to announce that we're making great progress and staying on track as we move towards the start of production of the BYTON M-Byte at the end of this year"                      - Carsten Breitfeld, Founder and CEO

Breitfeld also noted that BYTON is especially proud of their partners, including First Auto Works (FAW), CATL, Bosch and Amazon:

Collectively, these great companies and many more have chosen to support the BYTON vision through collaboration and co-development. This network of partners really recognizes BYTON's potential. They want to grow with us, they want to work together, and together we want to reinvent the car and mobility. And for that, we are really grateful.

Breitfeld also said the Nanjing factory will begin start of production on time at the end of the year and the factory will be capable of producing up to 300,000 vehicles per year. He then announced that on January 17th the first BYTON brand store or "BYTON Place" in Shanghai, China. A very good sign that things are indeed moving along on track and on schedule.

We know there's still some skeptics out there and for good reason. There have been many startup electric car manufacturers that have talked a good game, but were never able to really put up and deliver when they said they would. We believe BYTON is different, and as time goes on, they keep hitting their marks. Now management is now sounding less like a hopeful startup, and more like a confident, experienced player. 2019 is going to be an interesting year for BYTON, and we'll be there to report on whether they slip up, or continue to deliver.