The Hyundai Kona Electric is available in some markets with either a 39-kWh or a 64-kWh battery. The biggest difference is the range each will travel on a charge, but there are other aspects buyers should be aware of. One of those is charging speed while connected to a DC fast charger. In the video above, we gain some insight into this and a couple other interesting disparities. 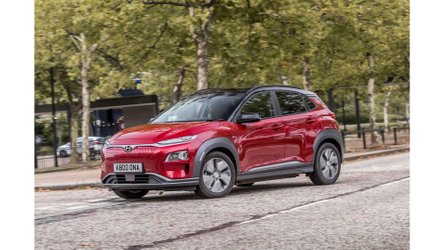 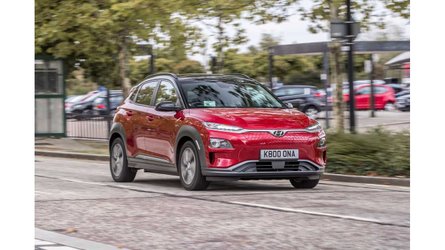 The 16-minute clip on The EV Puzzle YouTube channel starts off with our host setting out in his personal 64-kWh Kona Electric. It's early in the morning and chilly at 6 degrees Celcius (42.8 F) to replicate a trip he had previously taken in a 39-kWh Kona.

You'll notice that he frequently refers to something called the GOM (pronounced gome). This is an EV-speak acronym for Guess-O-Meter, and refers to the remaining range estimate shown on the instrument panel. It first arose around discussion of the estimates produced by the  early Nissan LEAF.

As you can see by his chart, the 64-kWh version can charge at a higher rate for longer than the 39-kWh Kona. The difference is significant with the bigger battery able to add at a rate equal to 175 miles an hour, while the smaller pack only manages 110 miles. He also notes that the sounds of the cooling systems are quite different while plugged in, with the 39-kWh making more much noise.

Check out the video to learn more of the other differences. For this person's use case, the 39-kWh hour Kona Electric wasn't ideal, and after his original charging tests with that vehicle, he made another video discussing his findings and explaining why he wouldn't purchase that variant. We've embedded it below. Enjoy!

Following my tests of the 39kWh Kona, I wanted to replicate the test conditions to determine if the slow charging from cold was a 39kwh specific issue and how the 64kWh would perform in those conditions.

The results confirm my initial gut feelings. The 39kWh limits charge rates to a greater degree and has some form of battery management active for longer periods. Just the physical noises being made by fans and pumps are vastly different between the two models.

Overall, I was surprised at the difference in feeling between the two cars. With 60% more capacity the 64Kwh version transforms the experience of EV ownership, requiring significantly less charging and less thoughts on range.

In summary, the 39kWh needs to charge faster otherwise it seems no better than an Ioniq or Leaf 40. You could argue these are better than the 39kwh Kona given they charge quicker.