Turns Out China Has An Astounding 487 Electric Car Makers

And major Chinese cities are fighting for every one of them

Tesla Motors and their pie-in-the-sky China factory may be the biggest Chinese related news lately, but the truth is, there are 487 other electric car makers, already producing cars (in various states of a finished product) in China today. And the number keeps growing.

Most of this is spurred by Beijing’s central government and their call for the country to become a world powerhouse in electric-vehicle technology. And even the local governments are eager to jump in on the bandwagon. While this is happening all over China, the most recent example - coming from an old mining town of Tongling - may paint the clearest picture of what is currently unfolding in the world's most populous country.

More from the Chinese market 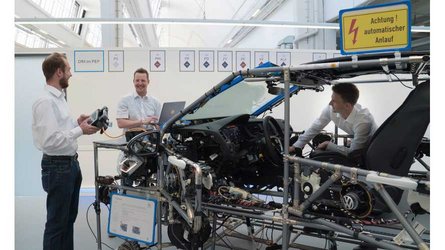 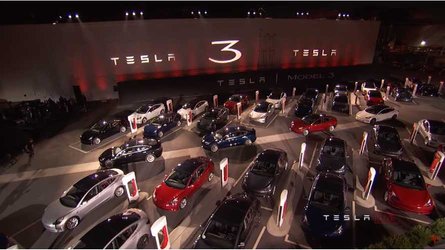 Up until a few years ago, the government officials running this small town (by Chinese standards) knew literally nothing about electric vehicles. But that didn't stop them from giving an EV startup  $535 million in land and capital to build an electric-car plant here two years ago.

Even the startup - Singulato Motors - was brought to life by a group of tech professionals - led by a former internet security executive - who have never run a car company before. This is all part of a plan, launched three years ago by the Chinese President Xi Jinping. Called 'Made in China 2025 plan', the plan promotes  “domestic dominance and global competitiveness” in 10 sectors, includes electric vehicles.

The result is a staggering 487 electric-vehicle makers in China, according to the latest official tally. And most of these are recently born. Earlier this June, the National Development, and Reform Commission and China Construction Bank announced a new $47 billion fund for EVs and other similar tech industries. Regional governments are following suit. With direct government subsidies on electric-vehicle sales totaling $15 billion over the last few years, there's no way of knowing where the number of EV companies in China will end.

While Tesla Motors is seemingly 5-7 years away from their own factory in China, these kinds of news mean that a proprietary factory by the U.S. car maker might never come to fruition. The domestic companies are getting more and more capital, and it seems that Tesla if it wants to actually build their own Chinese Gigafactory, will have to do that with a local partner. While Elon Musk has avoided such a scenario for a long time, there's a huge possibility that might be the only feasible scenario for their factory to ever go online over there.

But, in the meantime, the sheer volume of companies, R&D funding, cars produced and sold, will certainly bring Chinese companies and their respective products to a similar level, if not the same, to their Western counterparts. In that scenario, even with the 'luxury item' appeal of out-of-country vehicles, Tesla - and other Western car makers - might find themselves battling some fierce & rather dangerous competition down the line. After all, pour enough money into a sprawling industry, and things tend to happen. And right now, China is sitting on a monstrous pile of cash, burning a hole in their pocket.