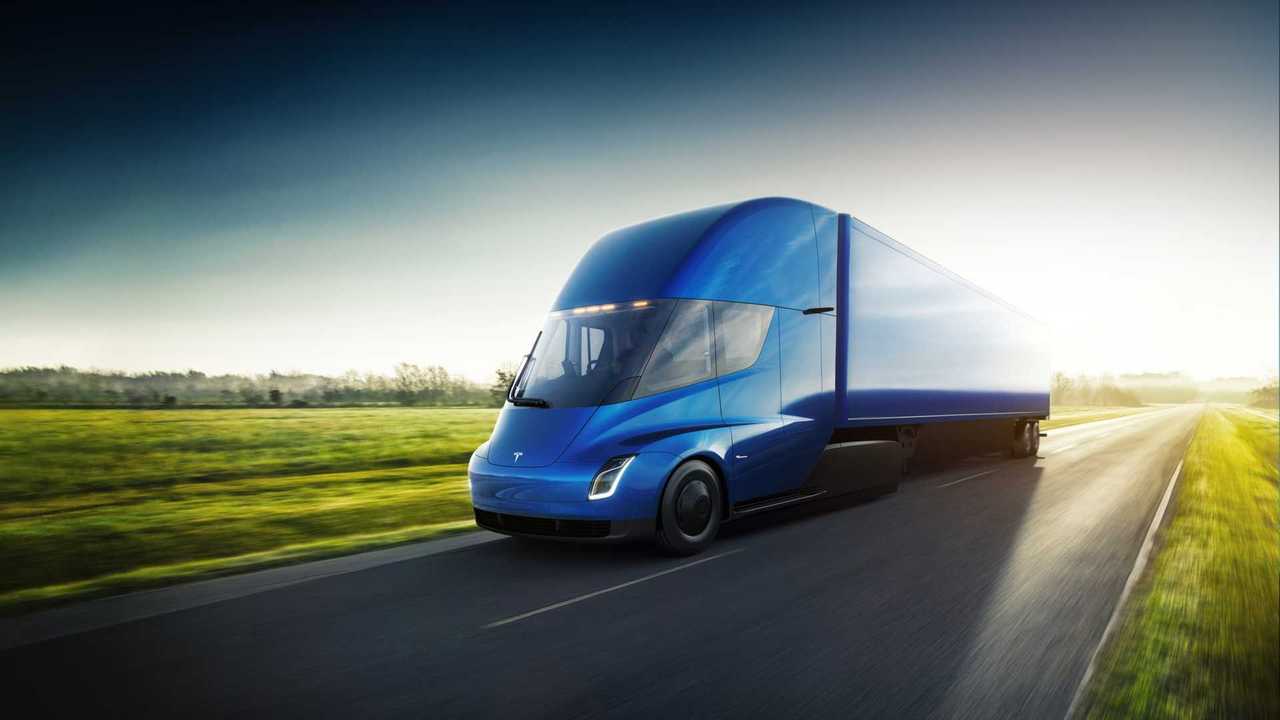 When Tesla unveiled its all-electric Semi truck in late 2017, the reaction was all too familiar.

*This article comes to us courtesy of EVANNEX (which also makes aftermarket Tesla accessories). Posted by Galileo Russell. The opinions expressed in these articles are not necessarily our own at InsideEVs.

Tesla fans were ecstatic, and the orders started piling up. The mainstream media was skeptical of Tesla meeting its 2019 delivery goal, and trucking companies wrote the product off as physically impossible to deliver.

Despite skepticism from legacy trucking manufacturers (like Mercedes-Benz), trucking operators have taken a different stance towards Tesla’s Semi.

At the time of its unveiling, Tesla began taking $5,000 reservations for its Semi to build a backlog.

Within weeks some of the world’s biggest logistics companies serving a variety of industries joined the waiting list. Some of the big names include Walmart, Anheuser-Busch, Pepsi, and UPS.

Above: A look at some of the publicly announced preorders for the Tesla Semi (Source: Business Insider)

Even better than these announced orders was recent commentary from DHL executives after they spent time testing the Tesla Semi. Not only does DHL estimate the Semi could save them “tens of thousands” per year in operating costs, but that the payback period would only be a year-and-half.

If these economic savings can be validated after Tesla begins deliveries, they will likely lead to massive follow-on orders from initial customers.

Trucking operators are heavily focused on cost savings and truck economics. Most of these early customers likely placed these orders to test out the claims Tesla has made. Upon validation, there could be follow-on purchases that are orders of magnitude bigger.

For instance, UPS (who has placed the biggest public Tesla Semi order to date) operates a delivery fleet of over 100,000 vehicles.

Up until recently, I believed the impact of the Semi on Tesla’s financials would be pretty insignificant. However, that changed after listening to Tesla’s Q4 2017 earnings call in February.

Elon Musk, when asked about the Semi, revealed he expects Tesla could be selling as many as 100,000 trucks annually within 4 years from the start of production. My original estimates had Tesla Semi sales peaking around 20,000 annually after four years. Needless to say, I was stoked to quintuple my sales projections.

At face value, this seems to be a crazy goal, but in the context of the US semi truck market, it’s actually quite reasonable. In 2017, North American heavy-duty truck sales were near ~300,000 units. This implies if Tesla sold its truck in North America alone, it would need to capture 33% market share.

However, Tesla will be delivering its semi-truck globally (it already has orders from operators in Norway, Italy, and the UAE), making the 100,000 target easier to reach.

If the economic savings are real, I believe these sales are possible. And Tesla doesn’t appear to be stopping at disrupting the trucking industry.

Tesla has insinuated that it plans to drop the cost of trucking so dramatically that it could start to compete with rail. That would cause Tesla’s Semi truck to be a catalyst to expand the overall trucking market, as it eats into the adjacent multi-billion dollar rail segment. If this scenario plays out, 100,000 in annual sales may end up being quite the lowball.

Above: The Semi was recently spotted at the Tesla Service Center in Dallas (Image: Teslarati via nxteslaowners)

Beyond just selling the trucks outright, Tesla has a major opportunity to monetize the charging infrastructure of its Semi truck.

Tesla will be selling energy at a fixed price to recharge customers’ Semis at Megachargers located across the country. It’s too early to tell if Tesla will try and make a profit from this revenue stream, or run it at breakeven to spur unit sales. Regardless, this is another component of the financial impact I’m monitoring closely.

Risks & Reasons To Be Bearish

It’s all about factories and Megachargers — how fast can Tesla actually build these trucks, and how fast Tesla can build out the charging infrastructure (Megachargers) to support various routes.

With deliveries slated to begin in 2019, there are a lot more questions than answers.

As of today, Tesla is not profitable, burning significant cash and has a mounting debt load. Its factory appears to be at capacity with the Model S, X and 3 and battery production remains constrained.

Tesla will need to build out new production lines and start to install Megachargers in the very near term to meet its deadlines. Unless Model 3 scales profitably, both of these look like moonshots.

The Semi is an exciting new piece of the evolving Tesla bull thesis. Going beyond consumer cars and into freight represents a massive new addressable market for Tesla to disrupt.

Written by Galileo Russell, a 25-year-old Tesla shareholder based in NYC. He has been blogging about Tesla since 2012 and is the founder of HyperChange TV, a new YouTube channel about tech and finance news for millennials.