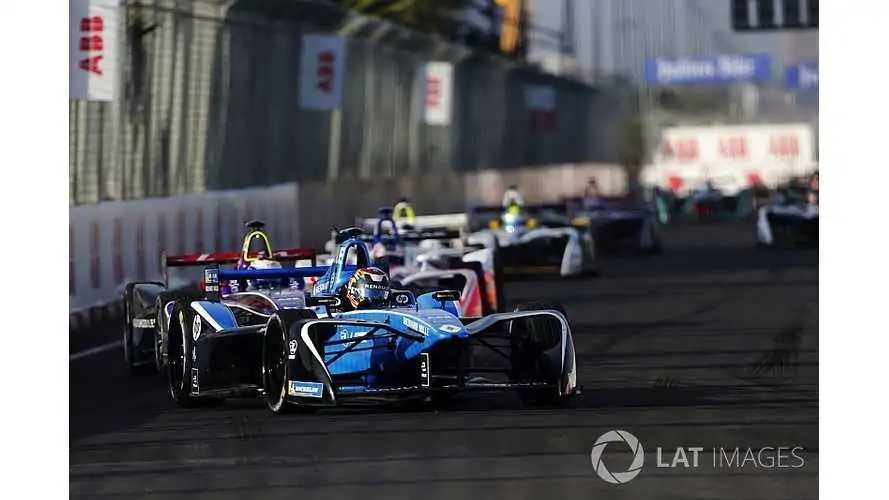 Sebastien Buemi thinks he could have beaten Felix Rosenqvist had a problem shortly before the start of the Marrakesh Formula E race not stopped him being able to use Fanboost.

Buemi qualified on pole position in Morocco and led for the majority of the race before being passed by Rosenqvist with a few laps remaining.

However, Buemi believes he would have been able to repel the attack had his attempt to activate his Fanboost been successful.

Renault changed the order Buemi used his cars after discovering a water pump failure shortly before the start, but this meant his second car was not programmed to use Fanboost, which can only be activated in the second half of the race.

Buemi said it would have been “easy” to defend with the 10-20kW boost and told Motorsport.com he thinks he could have kept Rosenqvist at bay thereafter.

“It was not reset for the second car,” he explained. “Only when I tried to use it and it didn’t work we thought about it.”

“I expected the Fanboost to work, then because it didn’t I thought ‘Do I block or not? Do I use it at Turn 10?’

"I got out of rhythm, I should have closed the door better.

“On the last lap I was five tenths behind him – I don’t know, but I think he would have struggled more .”

Buemi said he did not “mind it too much” because he felt Rosenqvist had been robbed of a win in Berlin that Buemi inherited last season, and said it was “payback” for that.

Asked if he felt he could have passed Buemi later on, Rosenqvist told Motorsport.com: “Yes.

“My plan was actually to save it more for the final laps, and then the opportunity came earlier so I was able to do it without even using a lot more energy.

“I still had something in the pocket for the end, I wasn’t too worried.”

Though he was frustrated not to win, Buemi’s 21-point haul for pole and a second vaulted him to sixth in the championship after scoring just one point across a disastrous opening weekend in Hong Kong.

He trails Rosenqvist by 32 points, but said the recovery was significant.

“When you lose a race you always end up a bit disappointed,” he said. “But everyone thought we had no pace and we were done, and we came here, had pole and finished second.

“We showed everyone we’re still there.”