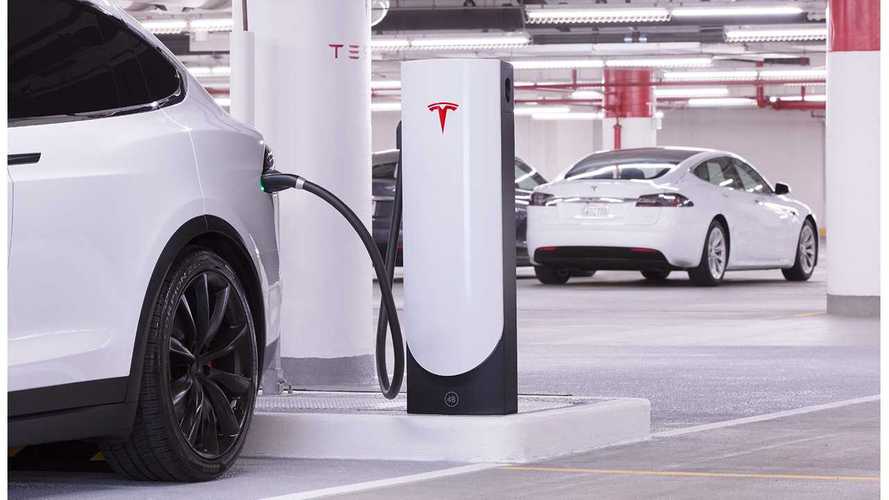 Tesla is rounding out its Supercharging network with the addition of new, sleeker stations designed for urban centers - hence the name Urban Supercharger.

The more compact stations will be used in more populated areas, and can deliver up to 72 kW worth of charge.  The first function stations are already set-up in Chicago (10 units) and Boston (8 units).

As, and unlike today's larger Supercharging stations, "charge splitting" doesn't come into play if more Teslas are in the area getting a boost.

"To increase efficiency and support a high volume of cars, these Superchargers have a new architecture that delivers a rapid 72 kilowatts of dedicated power to each car." - states Tesla

Tesla goes on to note that this results in  "consistent charging times around 45 to 50 minutes for most drivers."

Pricing is unchanged from the company's existing Supercharger network.  Tesla also plans to place these Superchargers in places too tricky for its traditional set-up.

On reddit, jwardell posted this video of the Urban Superchargers in Boston:

Tesla statement on the Urban Supercharger:

It is extremely important for our customers to be able to easily charge their cars. The most convenient way to charge is to plug in overnight at home, and for most people, this is all that is needed. However, for customers who use their car for long distance travel, there is a growing network of Superchargers located along highways on popular driving routes. We have also installed thousands of Destination Charging connectors at hotels, resorts and restaurants that replicate the home charging experience when you’re away from home. Now, as part of our commitment to make Tesla ownership easy for everyone, including those without immediate access to home or workplace charging, we are expanding our Supercharger network into city centers, starting with downtown Chicago and Boston.

Supercharger stations in urban areas will be installed in convenient locations, including supermarkets, shopping centers and downtown districts, so it’s easy for customers to charge their car in the time it takes to grocery shop or run errands. They also have the same pricing as our existing Superchargers, which is far cheaper than the cost of gasoline.

Superchargers in urban areas have a new post design that occupies less space and is easier to install, making them ideal for dense, highly populated areas. To increase efficiency and support a high volume of cars, these Superchargers have a new architecture that delivers a rapid 72 kilowatts of dedicated power to each car. This means charging speeds are unaffected by Tesla vehicles plugging into adjacent Superchargers, and results in consistent charging times around 45 to 50 minutes for most drivers.

We will continue to expand our charging networks so that Tesla owners always have abundant and reliable access to charging wherever they go.

Via Teslarati, photo via Imgur Krtrice