Your Future EV: These Batteries Stink When Broken

The future of the automobile is electric. Everyone agrees on that point. What we don't quite know yet are the details for how this future will look. That's why we scan automaker EV patents in our “Your EV Future” series. Today, we got some unusual items, like a battery that stinks when it breaks, a green EVSE from Siemens, and a charge-while-moving robot arm from Honda. 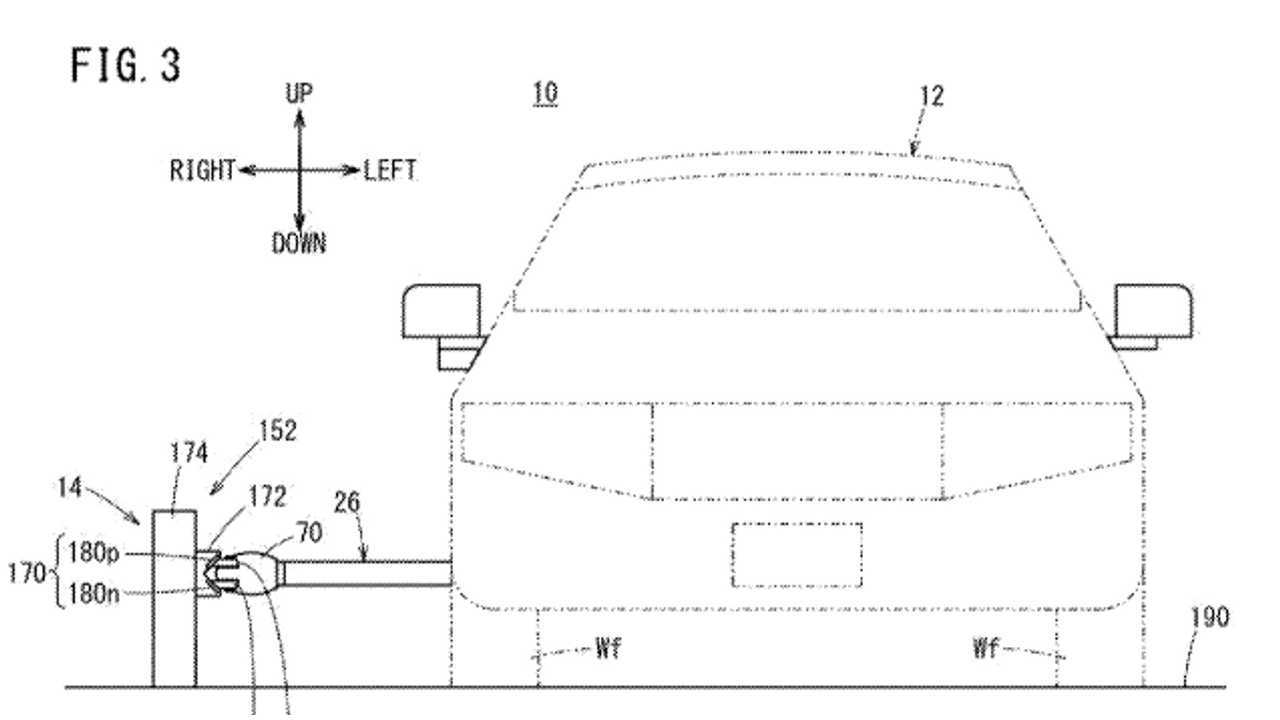 Patent says: "The present invention relates to an electric vehicle and a vehicle power supplying method in which the electric vehicle is used, which are capable of supplying power at ultra-high-speed by bringing an energizing arm into contact with external power lines during traveling."

What this might mean: Automakers seem convinced that EV charging times need to be reduced as much as possible or even  eliminated entirely. Of course, many EV drivers today don't think much about charging time, since they plug in when they get home, unplug when they leave, and that's that. For broader acceptance, though, charging times do remain an issue. So, we have another idea to turn driving time into charging time, this time from Honda. Honda says that this plan is similar to what's used by  hybrid (electric) trains, but modified for "trackless" vehicles. With the (unspecified) fast charging tech Honda is thinking about, "charging can be performed in a very short time period, the installation distance between and the number of power supplying sections can be kept to a minimum, and investment costs in infrastructure can be reduced." We're not convinced that this sort of on-the-go charging is necessary for EVs to succeed, but we're also not against cool tech like this. Test it out, Honda. 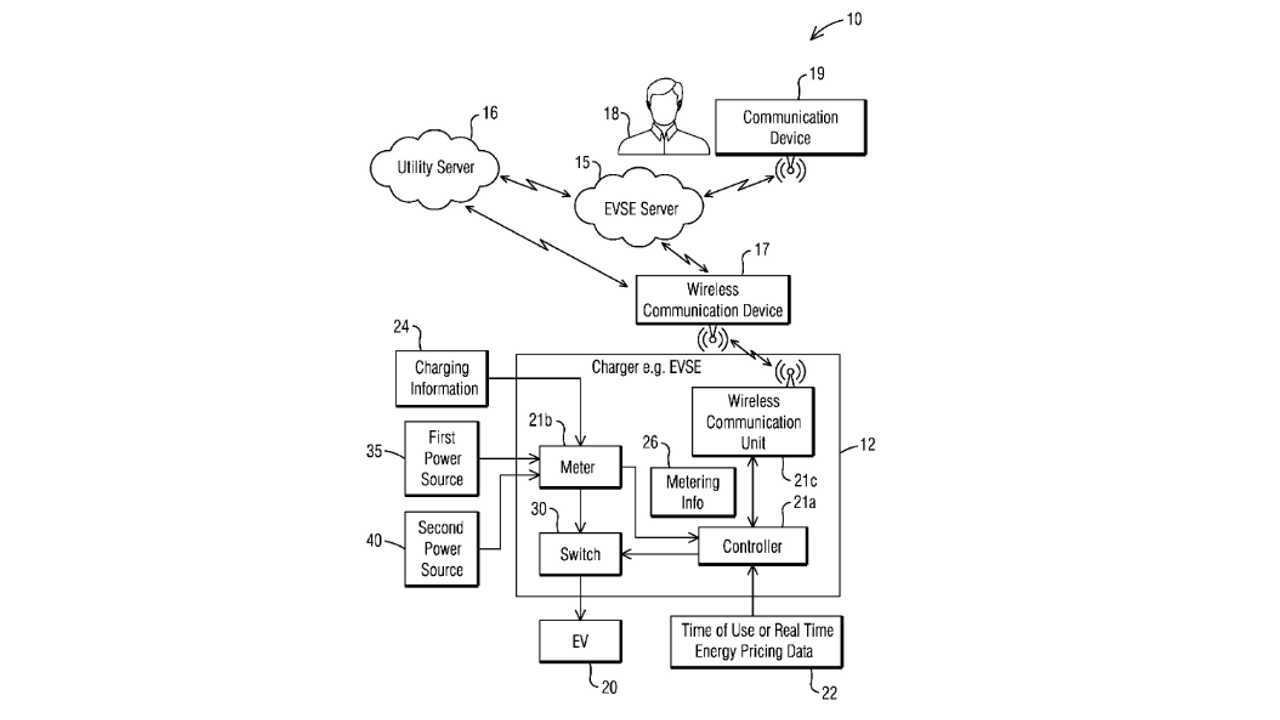 What this might mean: This is the kind of somewhat tech that seems boring but it actually incredibly useful and cool. The idea of having your EV charge overnight, for example, when electricity rates are low, is nothing new. What Siemens is doing here, instead, is to think about having the car charge up while prioritizing renewable energy (and/or pricing). This sort of tech is needed, and the more of these sorts of things that are our there, the better. 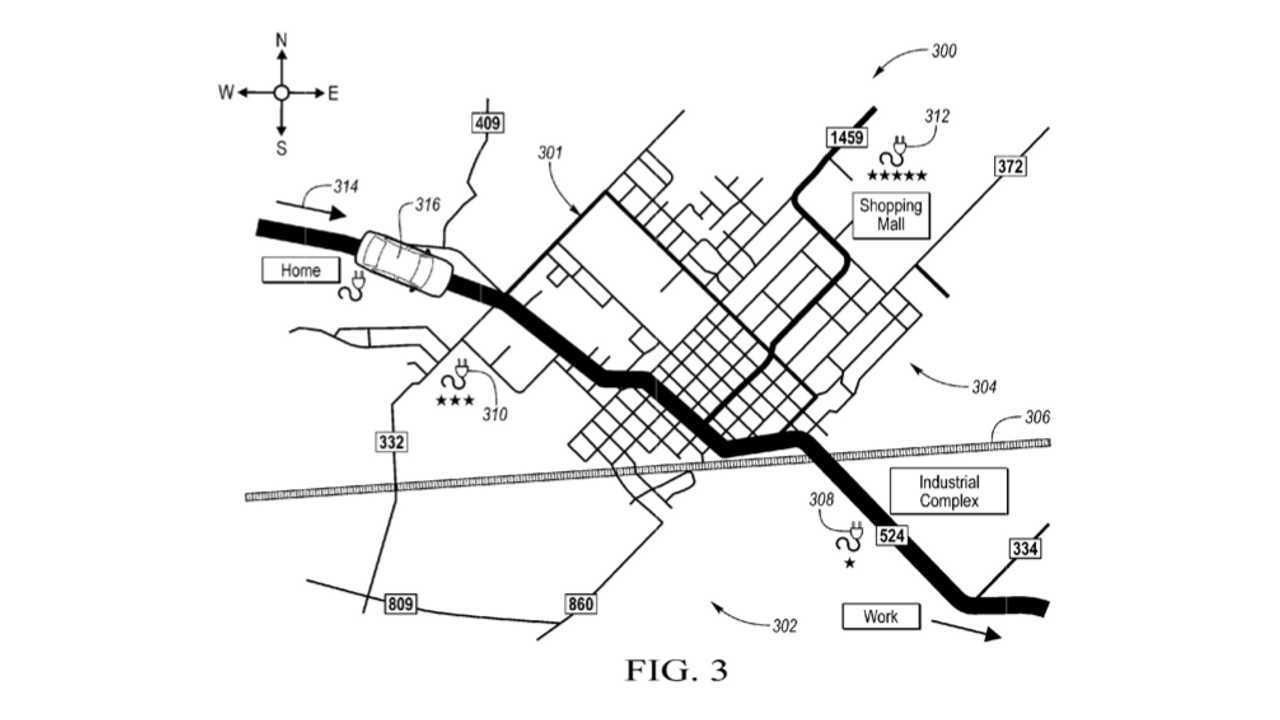 What this might mean: Just how bad do you need a recharge, buddy? If you're at 50 percent state of charge, then perhaps you don't want to go to the wrong side of the tracks to plug in. But if you're sitting on just five percent of the electrons that your EV can handle, then maybe you're willing to charge up at any old outlet. That's the basic idea behind Ford's "Acceptable Vehicle Charge Stations" technology.  EV charging stations would be rated based on, "categorized crime data, a statistical crime value, or an aggregated user safety rating," and this data would be displayed with the rest of the EVSE data when looking at a map. High-crime charging stations might not even appear if they're above your threshold. But, if you're running out of juice, then they would suddenly appear. Cool, no?

Batteries That Stink When They're Broken 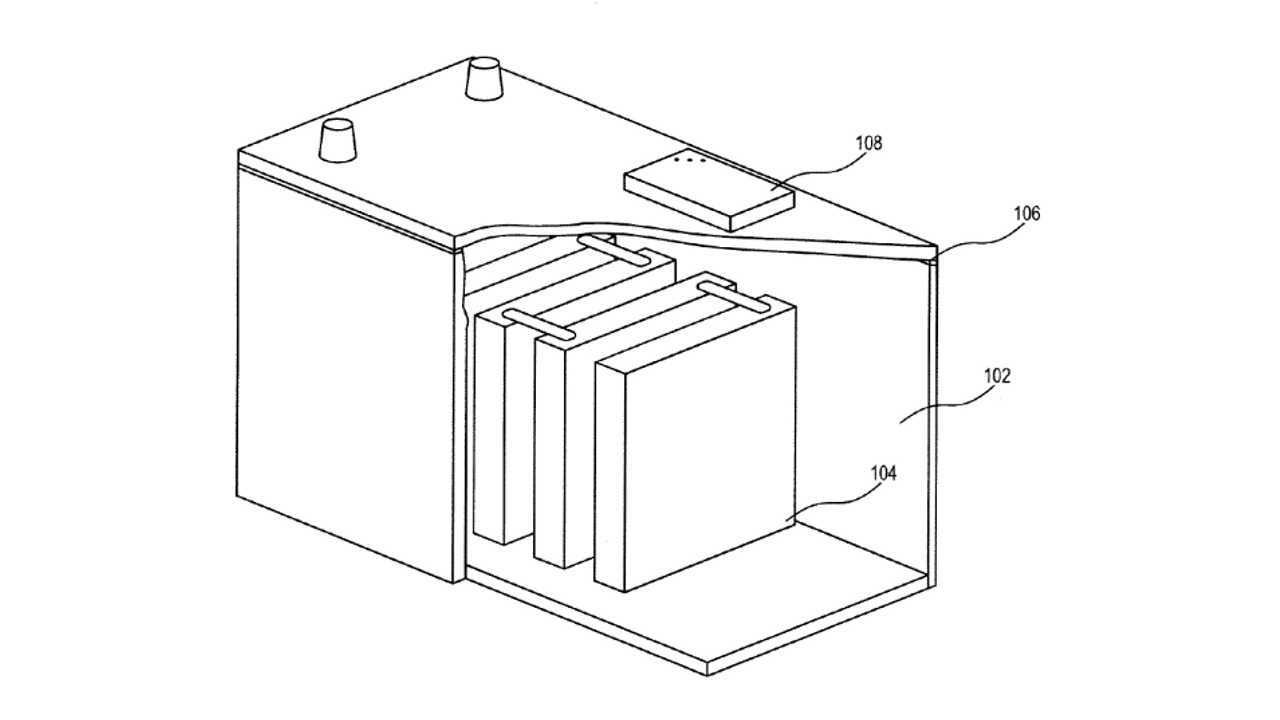 Patent says: "One concern with high energy rechargeable batteries is the safety of a battery. For example, reports of fires caused by damaged lithium ion batteries have been increasing as batteries become more widespread. Similarly, damaged batteries are of particular concern to emergency response personnel responding to an accident involving an electric vehicle. Accordingly, it is advantageous to provide a system and method for indicating battery damage without having to physically inspect the battery or its components."

What this might mean: In nature, natural gas doesn't have an odor. The smell you think of when you think of how natural gas smells is actually mercaptan, an added ingredient. What if your EV's battery had the same sort of stinky addition? That's what Elwha LLC, from Bellevue, WA has thought up in this patent. In practice, your battery would emit an odor if there was any, "damage to the battery housing, a cell or cells in the battery, a seal of the battery." The odorant (perhaps an inert gas, maybe a liquid) would be stored somewhere on the battery and then could even tell you where the problem is, if there are many little "indicator material" storage locations spread throughout the battery. We like this, and we think the smell should be something like pineapple.