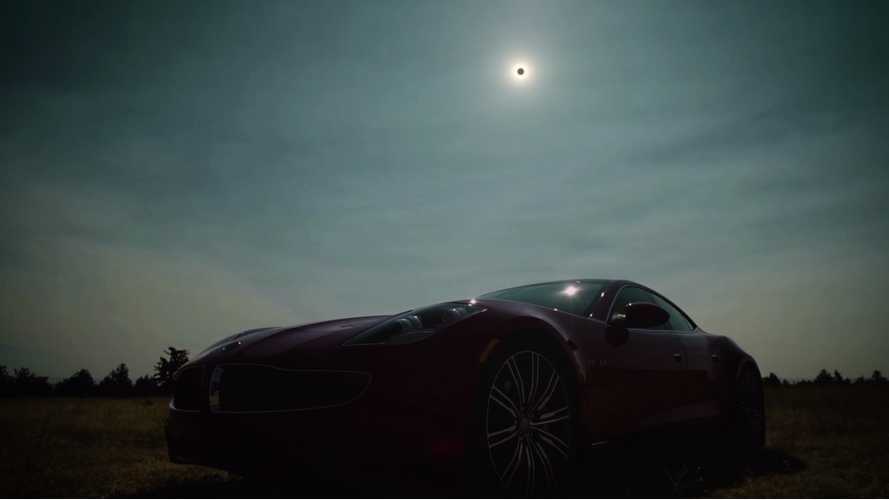 The story behind the original Fisker Automotive logo was that it showed co-founders Henrik Fisker and Bernhard Koehler standing on the shore of the Pacific Ocean looking at the sunset. Well, when Fisker went bankrupt and the company was turned into Karma Automotive, a little bit of that logo's feeling was transferred to the new company's round logo. Karma says that the inspiration behind its logo is an eclipse, in this case "the earth passing in front of the sun, from the vantage point of the moon." The company says this represents "something magical and rare and sublime." Sound like anything that happened recently?

Of course it does. When the moon passed in front of the sun, from the earth's vantage point, across the U.S. yesterday, Karma sent three video teams to shoot the car with the solar wonder in the background in three different locations along the eclipse's path of totality. The video is now available, and you can watch it for yourself below:

Karma delivered the first Reveros earlier this year. The top-of-the-line model rings up at just under $140,000, which is only about $10,000 more than the base version of the plug-in hybrid.

IRVINE, CA (AUGUST 22, 2017) – Karma Automotive took advantage of the total solar eclipse with a multi-city shoot along the "Path of Totality." The company released a new video this morning celebrating the historic event and the inspiration behind Karma Automotive's logo.

"We felt it was essential to capture this rare phenomenon. It was an opportunity for us to both document the total solar eclipse and produce our own unique content to celebrate the company's ethos to lean on natural elements in what we do," said Jim Taylor, Karma Chief Revenue Officer.

The Karma Revero is the first electric extended range vehicle sold in the U.S. to be powered by the sun. Each vehicle is truly unique, with individually hand-painted emblems of the company's logo on the front and rear of every vehicle. The inspiration behind the Karma logo was an eclipse, showing a spark of sun, the eternal symbol of endless renewable energy.