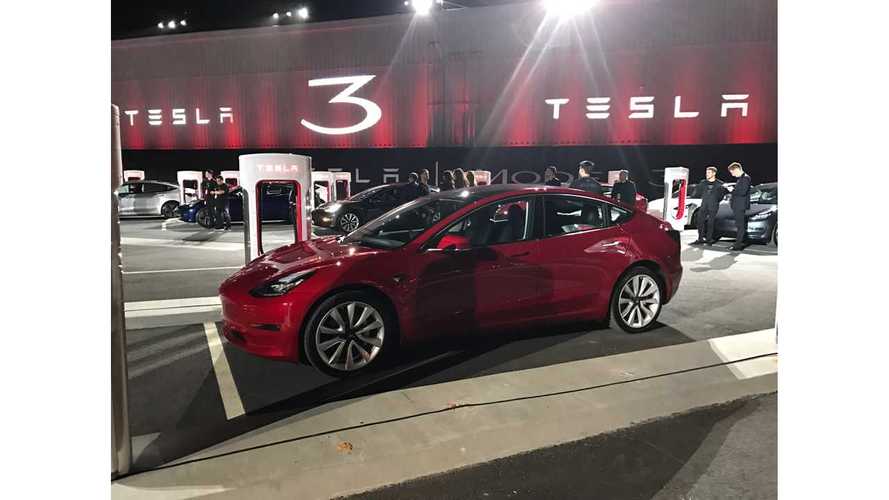 While mainstream automakers often settle for margins below 15 percent, Tesla pulls about 25 out of its Model S and X and stands to achieve the same with its Model 3 in the near future.

Pulling off 25 percent margins with the reasonably priced, mass-market Model 3 could take Tesla to a whole new level. Though the Silicon Valley automaker has turned a profit, the company isn't really profitable as of yet. Tesla has borrowed an extraordinary amount of money to get where it is at this point and continues to do so. As many analysts have continually pointed out, Tesla must stop borrowing and begin making money sooner rather than later.

Most see the Tesla Model 3 as a way for the automaker to reach out to a wider audience, and not necessarily a way to make money. Musk has said all along that those buying a Model S or X are helping to fund the company's future (AKA the Model 3). The wider audience part is a huge part of the plan, but so is making money along the way.

So, how can Tesla pull off such a wide margin on its vehicles, and more specifically, the Model 3?

Electric cars are simple compared to ICE vehicles. Most of the cost of the vehicle is associated with the battery. Battery prices are dropping at a consistent rate, so it only makes sense that as batteries get cheaper, electric cars will be much cheaper to manufacture. Added to this, Tesla has a huge advantage in the Gigafactory, since it's currently the only automaker with its own colossal battery-producing entity.

Lithium-ion batteries were priced at about $400 per kWh in 2012. This means that cells alone for a car like the base Model 3 (50kWh battery pack) would have cost $20,000 at the time. This price doesn't include the pack itself or anything else related to the production process ... just the cells. Today a kWh costs around $150. Tesla hasn't officially disclosed its per kWh battery cost, but GM pays LG Chem $145 per kWh for the Chevy Bolt's battery.

One can guess that Tesla gets a better price for the Model 3, due to the Gigafactory's highly automated and incredibly fast cell manufacturing technology, along with the elimination of a supplier, shipping, etc. Additionally, Tesla is constantly working on new battery cells with higher energy density. For instance, its newest cells (2170) will replace the prior 18650 cells, meaning fewer cells to provide the same or more energy.

Forbes estimates Tesla's battery cost at $130 per kWh, in order to crunch some numbers. The standard Model 3 starts at $35,000 and has a 50 kWh pack. This works out to about $6,500 for the battery (as stated above, this may not factor some other costs related to battery production, nonetheless it still gives us some perspective). The Long-Range Model 3  comes with a 75 kWh pack and starts at $44,000. This amounts to $9,750 in battery costs for the more expensive model. So, it costs Tesla ~$3,250 more to make a long-range model, yet it sells for $9,000 more. You get the idea.

Now let's keep in mind the fact that Tesla is only offering the long-range car at first, and it will likely prove to be the more popular vehicle. Factor in expensive options like the $5,000 Premium Package, $5,000 Enhanced Autopilot, and $3,000 Full Self-Driving Capability, all of which are surely huge profit margin offerings from Tesla. It can't possibly cost anywhere near these figures to equip the vehicles with the above features.

Production of 2170 Battery Cells at the Tesla Gigafactory

Tesla is set to build 400,000 of these vehicles just for early reservation holders, and then make tens of thousands more Model 3's for those still placing orders. Though it will take a considerable amount of time for the automaker to achieve this feat, the profit potential could be enormous.

Meanwhile, as time moves forward, the Gigafactory continues to grow, Tesla moves to construct more Gigafactories, production costs drop for the batteries and the sedan itself, and battery energy density improvements are in the works. To say that the Model 3 could lead to very strong margins for Tesla, which will continue to improve exponentially over time, is perhaps a blatant understatement, considering the facts at hand. Now, Tesla just needs to start really cranking out some cars!