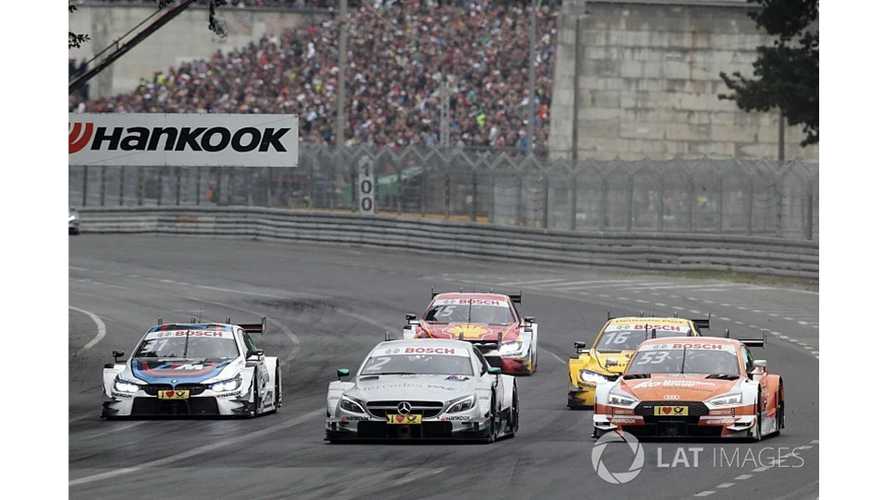 Audi and BMW have issued their initial responses to the shock announcement that Mercedes will exit the DTM after the 2018 season and turn to Formula E.

It was announced recently that the Stuttgart marque will withdraw from the German tin-top series after next season, instead committing to a Formula E project to commence in 2019/20.

Mercedes will therefore be absent from the DTM in 2019 for the first time since 1987, with Audi and BMW left as the two remaining marques.

The last time the DTM had only two manufacturers was prior to BMW's arrival in 2012, with Mercedes and Audi propping up the series in the wake of Opel's departure after the 2005 season.

Both Audi and BMW said they would have to consider their options in the wake of Mercedes' forthcoming exit, but Audi reiterated touring car racing's "vital" importance to its overall motorsport programme.

"We regret the decision of Mercedes-Benz to retire from DTM after the 2018 season," said Audi motorsport boss Dieter Gass.

"The consequences for Audi and the series are not clear at the moment. For Audi, being part of international top touring car sport is a vital part of its works motorsports strategy.

"We now have to analyse the new situation with everybody involved in order to find a solution or possible alternatives to DTM."

"It is with great regret that we acknowledge Mercedes' departure after the 2018 DTM season. We now need to evaluate this new situation."

While expressing regret about Mercedes' DTM exit, Audi added that the arrival of its fellow German car maker in Formula E underlined the growing significance of the all-electric series.

Audi announced earlier this month it will take over the Abt team's Formula E entry starting from season four, while BMW also confirmed it will have a works operation of its own in season five.

"We welcome Mercedes' entry into Formula E," Gass said. "It shows the importance of the electrical series when now all three German premium brands have committed to racing there."