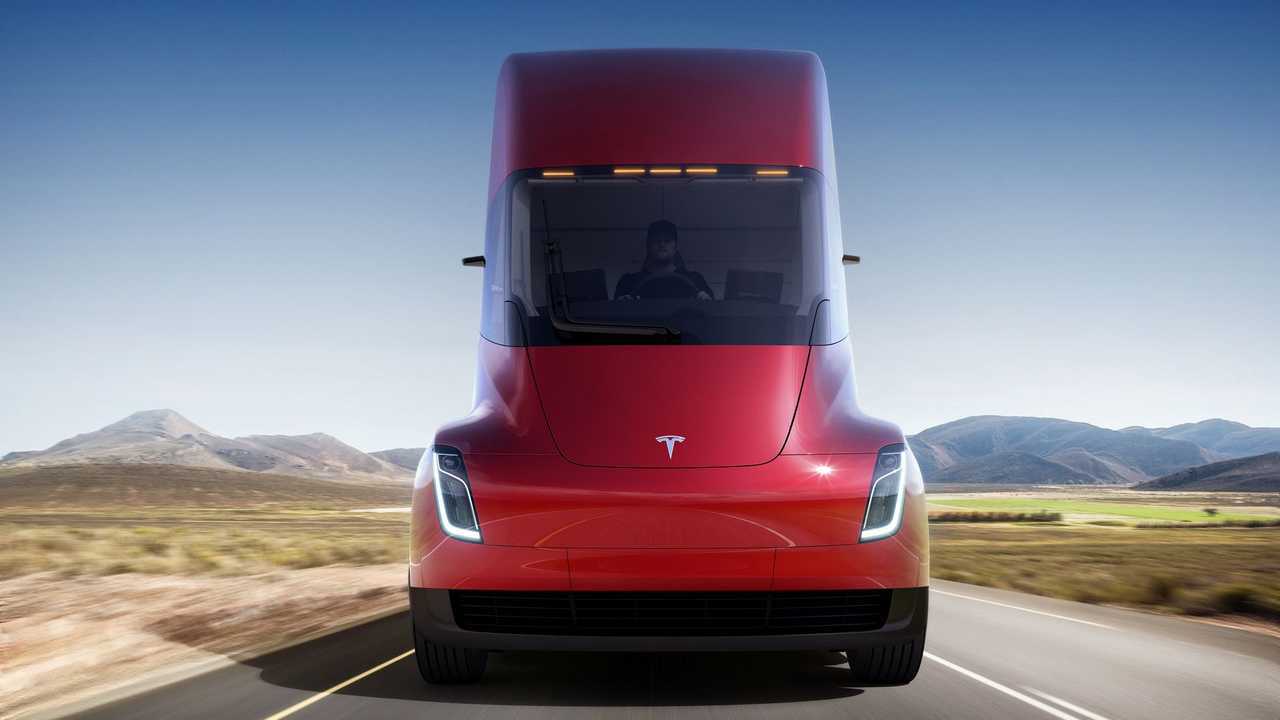 HERE’S THE REAL PLAN FOR THE TESLA SEMI

Tesla’s electric Class 8 semi truck is due to be unveiled in September, and rumors are flying about how it’s going to work. It seems obvious that a long-haul truck would need a gargantuan battery pack - could battery swapping/leasing be a solution? Will autonomy be part of the picture?

Two Morgan Stanley analysts see battery leasing as a potential $750-billion-per-year business, a win-win both for Tesla and the trucking industry.

“We believe could sell its autonomous, electric semis without batteries, which would then be separately leased to customers,” wrote analysts Adam Jonas and Ravi Shanker in a research note (as reported by Electrek). “With a ~250-300 mile range, these batteries could then be swapped out at battery swapping stations... built at Tesla Supercharging stations and truck stops around the country.”

Battery swapping is not a new idea - it seemed quite promising back in the days when EV ranges were short and public charging stations were rare. The Israeli startup Better Place, founded in 2007, made swapping a centerpiece of its strategy. Alas, it wasn’t able to generate the necessary support from automakers, and the company went belly-up in May 2013.

That very same month, Elon Musk announced that Tesla would offer a battery swap option for Model S, which was actually designed to accommodate battery swapping from the beginning (Musk claimed that Better Place founder Shai Agassi got the idea from a visit to Tesla). Tesla demonstrated a 90-second battery swap at a gala event, and proposed a “pack swap” program as a premium service for travelers in a hurry.

However, as the Supercharger network grew, interest in swapping waned. The company finally opened a pilot swap station in late 2014, midway between LA and San Francisco. However, at a June 2015 shareholder meeting, Elon Musk delivered what sounded like a eulogy for swapping, saying that Tesla had seen “a very low take rate for the pack swap station.” It was becoming plain that Supercharging was more practical and more convenient, and Musk said that swapping was “unlikely to be something that’s worth expanding in the future, unless something changes.”

Could that something be an electric semi truck? There are several reasons why swapping might make sense for long-haul trucks. Unlike passenger vehicles, over-the-road trucks are typically in motion for long periods of time, so their battery packs are likely to wear out sooner (in terms of calendar life). Swapping would make it easier to replace them with newer (and ever-better) packs. It could also allow the packs to be smaller and lighter, saving room for valuable cargo capacity. And pack leasing could make the value proposition of switching to electric trucks more attractive for operators.

Analysts Jonas and Shanker predict that a carrier that currently spends 50 cents per mile for diesel could cut its fuel costs in half, and that Tesla might profitably lease a battery pack to the carrier for around $25,000 per year. “If we consider the fact that the powertrain in Class 8 trucks today is about 50% of the $150,000 cost of a new tractor, the $75,000 savings in buying a truck without a powertrain would be worth almost $0.20/mile over the life of the truck,” they write. “With this in mind, Tesla could charge as much as $0.45/mile and the truck carrier would still save 50% in fuel costs.”

Meanwhile, Tesla is developing an autonomous semi truck that can travel in “platoons” that automatically follow a lead vehicle, and is getting close to testing a prototype, according to an email discussion between the car company and the Nevada DMV, seen by Reuters.

Tesla and Nevada DMV representatives discussed the testing of two prototype trucks in June. “Our primary goal is the ability to operate our prototype test trucks in a continuous manner across the state line and within the States of Nevada and California in a platooning and/or Autonomous mode without having a person in the vehicle,” wrote Tesla Regulatory Official Nasser Zamani. California DMV officials also recently met with Tesla to discuss its efforts with autonomous trucks.

Several other companies developing autonomous driving systems are looking at long-haul trucks, which they see as a likely early candidate for the technology. Rolling down the Interstate is an easier task for a self-driving system than navigating city centers, and allowing drivers to rest on the road would be a huge benefit, so even a system that drove itself only on the highway would be quite valuable. Silicon Valley startup Peloton Technology is working with several truck makers, including Volvo, on a platooning system that incorporates radar sensors and direct vehicle-to-vehicle communications.