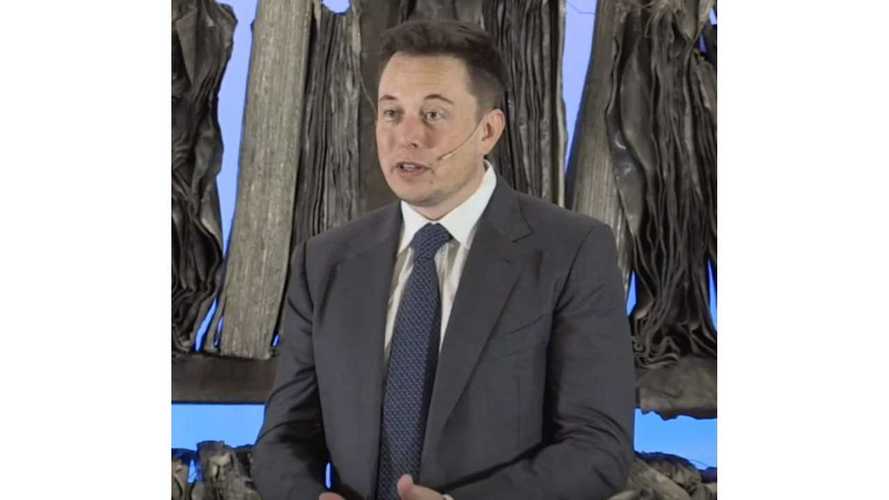 Elon Musk is a great persuader. Since the beginning of his career, he has shown an impressive ability to convince investors to stake large sums of money on what must have seemed highly risky, even Quixotic, business propositions. More recently, he has somehow persuaded over 400,000 people to put $1,000 down on a car that they haven’t driven, or even seen.

Undoubtedly, one big reason that Musk inspires such confidence is that he so obviously believes deeply in what he’s doing. This commitment and clarity of purpose is an asset that he has had since the beginning. Over the years, he has earned another powerful persuasive tool: a track record of achieving things that others said were impossible. “Don’t bet against Musk” has become a maxim in the business world - one which many a stock market short-seller has learned at considerable expense.

However, even the greatest idea is unlikely to become reality if it isn’t explained in a way that people can understand. Fortunately, Mr. Musk is exceptionally good at explaining what he wants to do, and not in stilted techno-speak, but in plain language that capture’s people’s imaginations. In other words, he is a gifted storyteller.

Since long before the days of the European bards and the African griots, storytelling has been a basic human skill. Today’s business world is well aware of its primal power. In an article published by Sparkol, a seller of presentation tools, writer Ffion Lindsay points out that it is stories - not cold, hard facts - that will most effectively get your point across. “Humans are hardwired for stories,” she writes. “They love heroes, journeys, surprises, layers and happy endings.”

Lindsay describes eight classic storytelling techniques that are valuable tools for any writer or public speaker (and also includes links to more fascinating material on the art of the story). Her article has nothing in particular to do with Tesla or electric vehicles, but anyone who follows Musk and the Tesla story can’t fail to see the parallels. Consciously or not, Elon skillfully uses several of the structures described in the article.

Perhaps the most familiar of story frameworks is the one Lindsay calls the monomyth, in which the hero leaves home to undertake a perilous journey and returns a wiser person (think of the Odyssey, the Wizard of Oz or the Lord of the Rings). Musk’s life loosely fits this framework - his quest to change the world led him to America, “where great things are possible” - but this story is mostly the domain of his biographers.

Some of the other story structures evoke more obvious resonances with the Tesla saga. What Lindsay calls a “sparkline” contrasts our present world with an ideal, improved world that we could build if we only had the will (for example, Martin Luther King’s famous “I Have a Dream” speech). This is a rhetorical device that Musk employs often. For example, speaking about the Hyperloop in 2012, he said, “How would you like something that never crashed, is immune to weather, goes three or four times faster than the bullet train that’s being built...and would cost you much less than any other mode of transport?”

Above: A look at why Elon Musk is positioned to be one of the most influential people of our time (Youtube: The Oracle of Ottawa)

In fact, encouraging us to use our imaginations is a Musk specialty. He has often spoken of business and political leaders’ failure to think big. Musk inspires us to imagine a future world free of soul-crushing traffic jams and parking nightmares; a world in which far fewer people die in auto accidents or from respiratory diseases; a world in which humans work together to face the threat of climate change. He can also paint a picture of a dystopian future - Musk co-founded OpenAI to address the threat of runaway artificial intelligence. And just in case that or some other catastrophe makes things too hot for us here on Earth, Musk asks us to imagine other worlds that we could colonize.

Not only Musk’s speaking style, but the entire strategy behind Tesla, seems to have been based on tried-and-true narrative structures. Even the Master Plan (Roadster-Model S-Model 3) follows the classical rule of omne trium perfectum. The traditional narrative arc called a petal structure, Lindsay explains, is a way of organizing multiple stories around a central concept. “The petals can overlap as one story introduces the next but each should be a complete narrative in itself.” This perfectly describes Tesla’s current business organization. Tesla vehicles, the Powerwall line of energy storage products, SolarCity - each would be valuable on its own, but they overlap and fit together into a comprehensive whole. At the heart of the flower is the central concept - a modern, sustainable energy and transportation system.