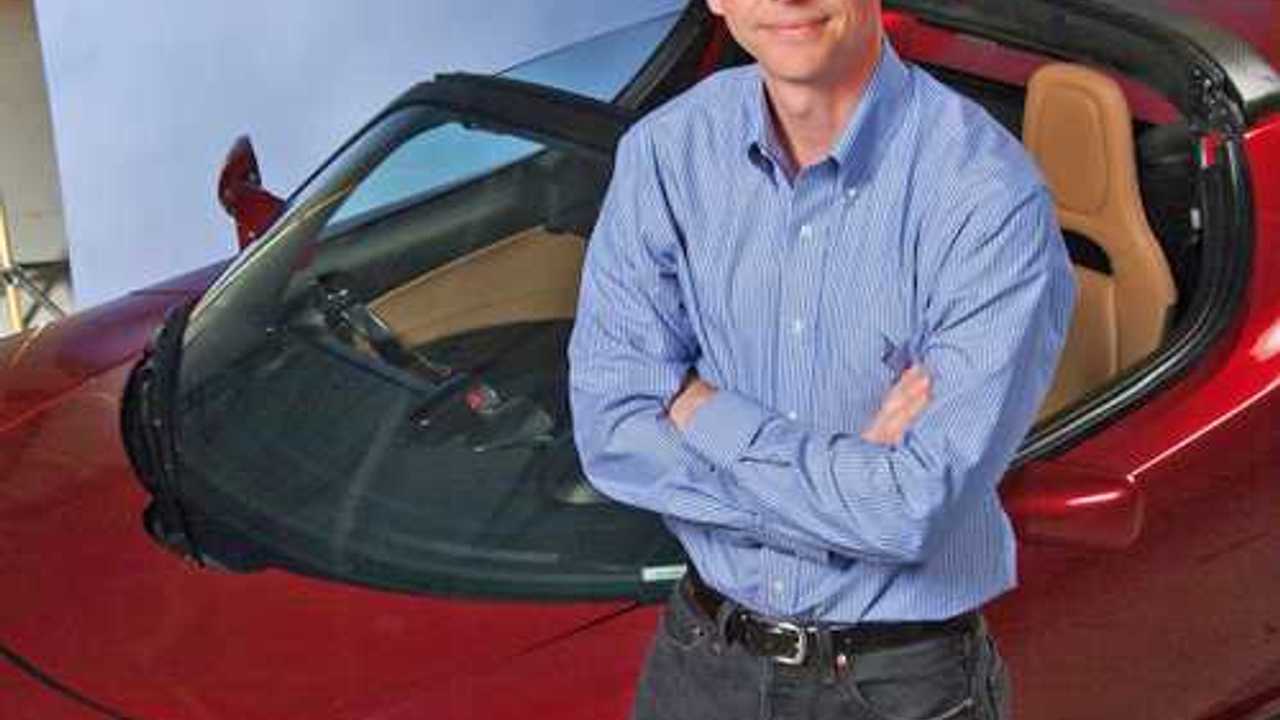 As any super-hero fan knows, a great origin story is worthy of retelling from time to time in slightly different versions. This new video isn’t the first time Marc Tarpenning has recounted the birth of Tesla (he and his erstwhile partner Martin Eberhard delivered a fascinating account in a speech at Stanford last October), but this is as concise and engaging a version as we’ve seen yet.

In fact, Mr. Tarpenning has perfected his delivery of the saga over the years. In this recent speech from the 2017 Product Leader Summit, he delivers a virtuoso performance: clear, succinct and entertaining, with visual aids (including some classic vintage photos) to help the narrative along. This one is well worth watching all the way through, even if you’re already familiar with the story.

Above: Tarpenning tells the tale of how Tesla got started (Youtube: Omidyar Network)

Tarpenning and Eberhard didn’t set out to build electric cars per se, but rather to find the most efficient way to reduce oil consumption. They systematically considered every possible alternative fuel, from natural gas to biofuel to hydrogen. They also thought carefully about their target customers.

Eberhard’s famous epiphany when he saw Toyota Prius hybrids parked next to Porsches in affluent Los Angeles neighborhoods led to the insight that they should build a performance vehicle for wealthy car buffs, not an energy-saving “dorkmobile” for impoverished greenies, as previous would-be EV-builders had done (here Tarpenning shows us some highly entertaining contemporary examples).

The Silicon Valley sage takes us through the process of raising money for the new enterprise (bringing Elon Musk on board along the way), and the long, complex process of designing and testing the Roadster (illustrated with some seldom-seen pix from Tesla’s  legendary early production facilities).

Problems with the transmission led to long delays, and almost sabotaged the whole undertaking, but the entrepreneurial engineers were saved in the nick of time by Moore’s Law. Fortunately, most of the early customers were true believers, and they were “incredibly enthusiastic.” Even though Tesla was a year and a half late delivering the car, only a couple cancelled their reservations.

Shortly after the Roadster came into its own, and Tesla began shifting its focus to Model S, Tarpenning left the company. As he told me in a 2014 interview, he left on good terms - the reason that he moved on was that his main interest was in starting new companies, and having completed a successful IPO, Tesla was passing out of the startup phase.

Mr. Tarpenning concludes his presentation with a few words about disrupting old industries (these days, “old” might mean 10 years old) for fun and profit. It’s a timely topic, now that people are beginning to take seriously the possibility - unthinkable even a few years ago - that the auto industry will face a wave of disruption analogous to those that have swept through other industries (video rental, cameras, travel agents, books, music, movies, etc, etc).