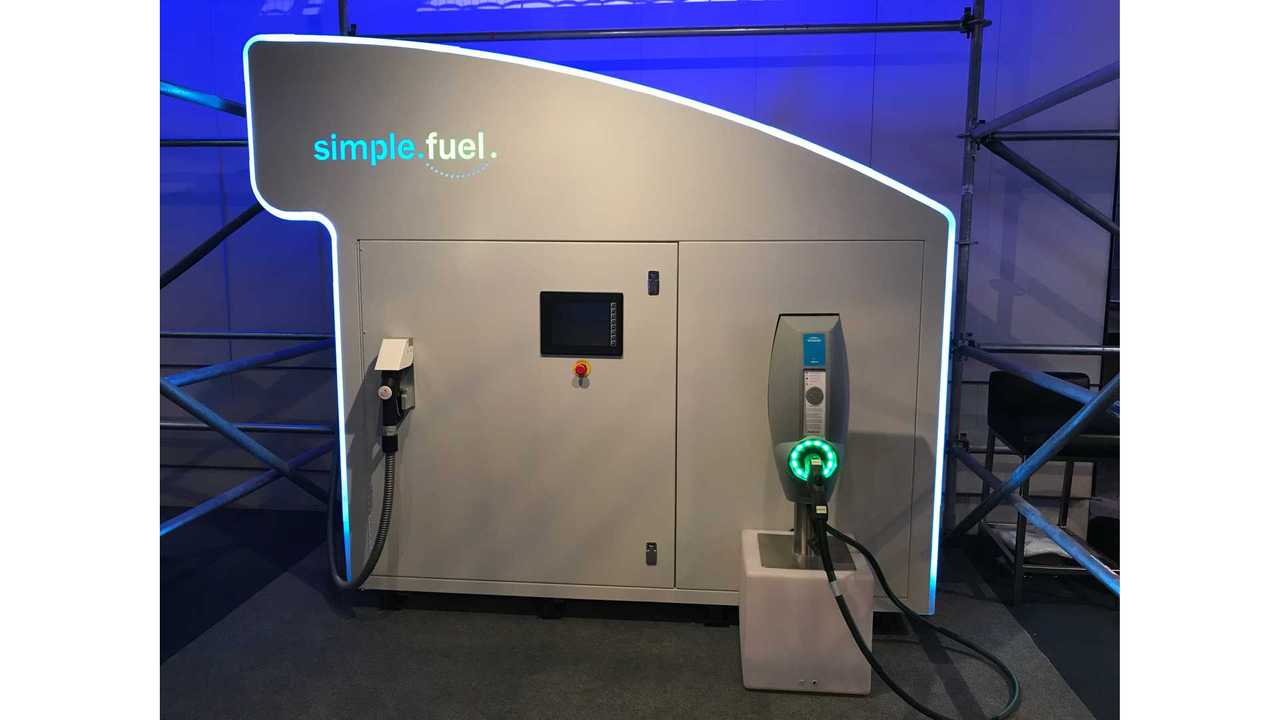 It's a lot cheaper than a full-scale H2 station, that's for sure.

If you want to set up your own hydrogen refueling station, just talk to IVYS. The Massachusetts-based company is promoting its Simple Fuel station as an easy, relatively affordable (if you're a fleet operator, any way) box that can pump compressed hydrogen fuel into your vehicle while only needing a power source, a water inlet, and a vent mast exhaust pipe. If you've got those things – and the $250,000-$300,000 that a Simple Fuel station costs, depending on options – you're good to go.

IVYS President and CEO Darryl Pollica told InsideEVs at the MovinOn sustainable mobility conference in Montreal today that the Simple Fuel station is better for fleet use than a commercial retailer. That's because the biggest capacity station can only make – through electrolysis – 10 kilograms of 700-bar H2 a day. That's enough for a lot of hydrogen forklifts, but only around two hydrogen-powered passenger cars. The Honda Clarity, for example, needs 5.46 kg for a full tank. Even so, IVYS is promoting the Simple Fuel station as an option for traditional gas stations to expand their offerings of available fuels, in case they have one or two hydrogen cars in the neighborhood.

Bonus: InsideEVs live from the MovinOn conference (in Montreal) checking out the Simple Fuel station (from the 7:47 mark)

Pollica said that IVYS has a test unit in place in a program with Hyundai and a H2-powered Tucson in Pennsylvania, and is working to install a combined H2-Level 2 EV charging station in Boston in the near future. The hydrogen production options are either 5 or 10 kilograms a day, and eitehr 350 or 700 bar pressure. The dispense rate is about 10 minutes per kilogram, but it will vary depending on the kind of vehicle sucking down the fuel.

The station won the U.S. Department of Energy's $1 million H2 Refuel H-Prize Competition back in February.

UPDATE: Wavelet had some questions about the efficiency numbers for the Simple Fuel system. I asked CEO Pollica for the details and this is what he told me, pulling out a calculator to do the math right on the spot.

To figure out how much time it takes to produce a kg of hydrogen, you can just do simple math. So, for the machine that makes 10 kilograms of hydrogen a day (all of these numbers will be based on the top-of-the-line, 700-bar, 10-kg unit, the SF-70-10), it takes 2.4 hours to make one kilogram of H2. That kilogram requires a total of 68.4 kWh of electricity to make. About 55 kWh are needed to electrolyze the water, and the rest is used for compression and operating features. Lastly, a kilogram of hydrogen needs just under a gallon of water (or 3.8 liters). And that's RO standard (reverse osmosis) water in this case.

You can find more details in the Simple Fuel PDF here.