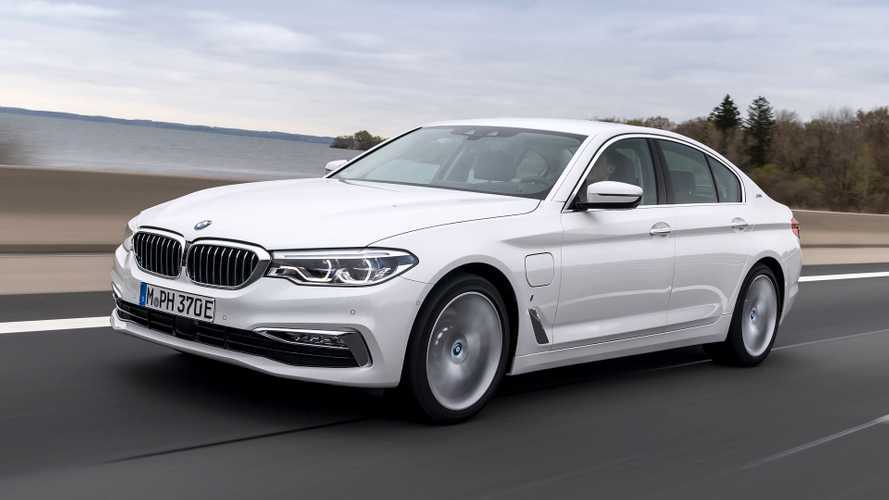 Now onto the numbers.

In the MPG category, the 530e returns the following:

In the ever more important electric range ratings, the 530e gets a combined electric range of 16, while the 530e xDrive returns 15 miles. Like most all plug-in hybrids, the EPA scores the all-electric range at as low as 0, which indicates that the vehicles allows the engine to fire in certain situations, thus effectively making the electric range a variable number that can't always be directly controlled by the driver.

Our expectations are therefore for the 530e and 530e xDrive to be very strong sellers inside BMW's lineup once they are stocked.  To that end, 239 copies were sold in the US in the BMW's 2nd full month on the market.  The potential ceiling is, of course, much higher.

We should note that the new 530e gets up to 33% more range than the just released (and rated) Mini Countryman PHEV, and its ~12 mile range - details.

And what that data looks like after being simplified for the public EPA site: