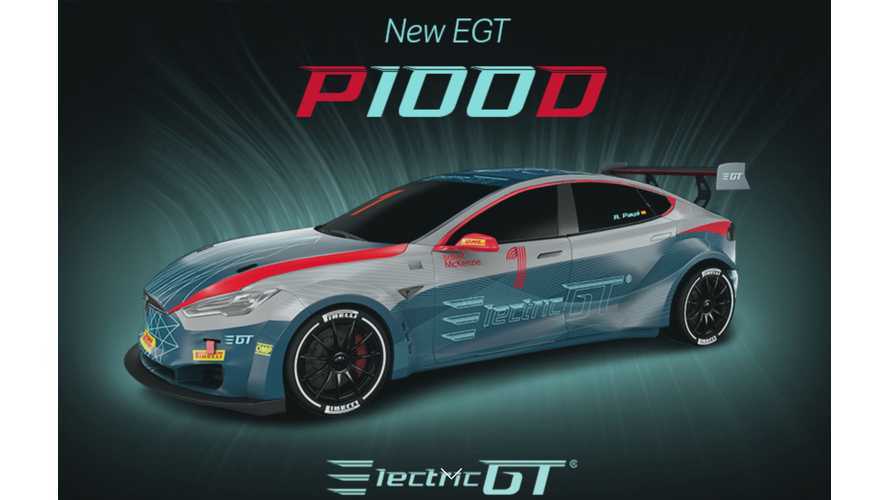 The Electric GT (EGT) Championship recently adjusted its plans for its upcoming racing series by switching from the P85 Model S to a more capable P100D.

Another new development is the Series' order of 20 CHAdeMO chargers (and 20 CHAdeMO-Tesla adapters) from Magnum Cap, its new official charging partner.

Specifically, EGT opted for 55 kW CHAdeMOs (one per car) instead of Tesla's Superchargers (which are also available in "mobile" versions for events).

"There will be 20 CHAdeMO-standard fast charger DC units, which will provide around 55 kW/h of power to each EGT race-prepared Tesla Model S P100D for season one.

MAGNUM CAP currently has installed equipment in 17 countries and the partnership with EGT further enhances both as global icons for sustainability."

“This partnership is very important to MAGNUM CAP as it is totally aligned with the company’s vision; to make the world a better place by having clean, efficient energy, which is renewable. The Electric GT Championship will accelerate the world’s transition to sustainability, in particular the adoption of renewable energy in transportation. As an EGT partner, MAGNUM CAP will prove their state of the art, fast-charging technologies at the highest level.“

“I’m very pleased to have MAGNUM CAP on board with us for season one. They have a lot of innovative ideas and experience, which I’m really looking forward to ahead of our inaugural campaign.

“Over the coming days we will also be announcing our electricity supplier. Everything’s beginning to fit in place, and now I’m just excited to get going later this year!”