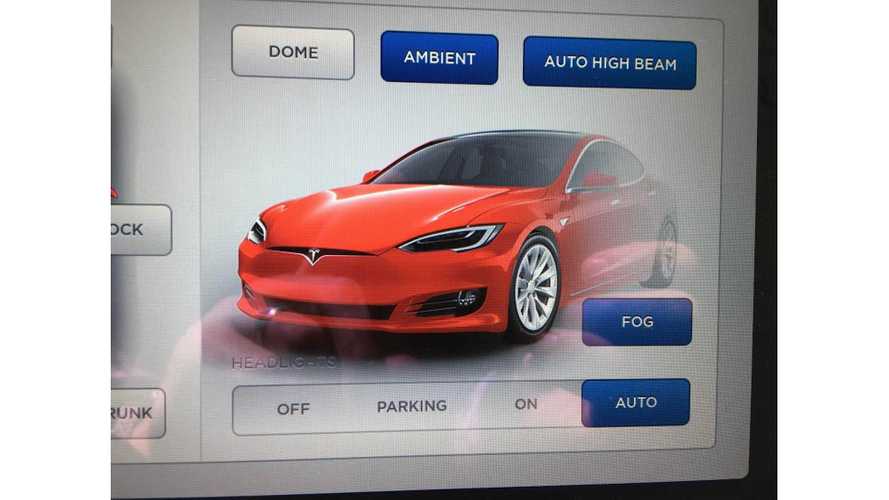 Tesla has been shipping the updated fascia Model S for weeks now, and overall received a very positive welcome from fans and owners. Unfortunately, one highly recognizable feature of Model S is not present.

If you drive down the street and see a Model S approaching the other way, the Daytime Running Lights (DRLs) or as they may be called by Tesla: 'Signature Lights', are exactly that - a 'Signature' of a Model S'.

However, for some unknown reason they are not present on the updated version of the vehicle. When the car is parked and the doors are first opened, either with remote or while approaching the car, you will see what they should look like (and they look super cool, since it is now one continuous LED line).

However, when the vehicle is in motion, the lights are not on. Going to Controls Menu>Lights the DRL button is no where to be found!

Based on the response from Tesla (see below) they are clearly aware of the issue and should have an update sometime in the future.

But it raises a question why this was not implemented from day one? Not just because the lights look great, but also omitting such an important safety feature.

Update (June 20th):  Some owners have reported that update 2.24.30 now enables DRLs in auto.  The DRL toggle button itself has not returned to the options.  Hopefully all Model S owners will soon be able to d/l this patch.

Sure, DRLs are not yet mandatory in United States (they are for our neighbors to the north in Canada), but so many new vehicles are now being shipped with the daylight lights on that most motorists have become accustom to seeing them.

Having the new Model S sedans drive on the roads for the past several weeks without this important feature is a concern.

Have you taken a delivery of an updated Model S and not seeing Signature lights on?

Let us know in the comments.

Thank you for contacting Tesla Motors Technical Support. I do want to assure you, we are definitely aware of this issue. Daytime Running Lights are a bit different on the Refreshed Model S. Similar to the Model X, the newer refreshed Model S vehicles do not have Daytime Running Lights. The lights above the main headlights on the Model S are Signature Lights, and operate similarly to traditional daytime running lights.

Thank you for your patience in this matter.