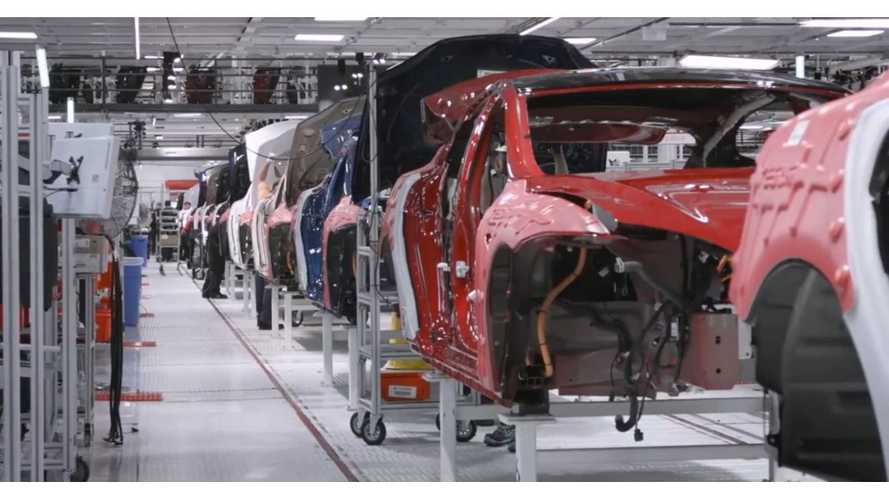 All car manufacturers test their vehicles prior to production. Tesla prides itself in taking a Silicon Valley approach, shortening the procedure where ever they can by making the process more efficient (ref 10).

Tesla Model 3 for 2017? A look at some comparables

The biggest game changer for Tesla was over the air updates-OTA, in which Tesla can update vehicle software without having customers bring vehicles into their service center, saving them time and money. OTA’s also allow Tesla to do some late stage testing in the field via their customers.

GM has also finally started using OTA updates (ref 8) on their Chevy Bolt EV, so Tesla no longer has a leg up on OTA updates in this case. In addition to OTA updates, Tesla does its testing in house to speed up the iteration process, but it is not clear if they do more in house testing than GM, as GM also has extensive in house test facilities also.

No Advertising Required: Tesla Model 3 #1 In Revenue On Its Own

One thing that both Tesla and GM have in common is that their pre-production testing is comprised of three parts: mule testing, early prototype vehicle testing and, in part 3 they test their production line….and of course the vehicles that get produced on the production line.

Let’s look at the details and how long all this takes.

GM has some complicated names for their pre-production vehicle and manufacturing testing. For those interested in the details reference 2 and 3 (below) are a good read.

General Motors' pre-production Bolt EV test vehicles - IVER, or integrated engineering vehicle release, numbered between 55 to nearly 100 (depending on source - ref 2 and 4).  These vehicles were tested for approximately 1 year following mule testing, and were first spotted 1.5 years prior to production start.

According to Forbes (ref 4):

These integration test vehicles go through a staggering array of tests to make sure everything works as intended and continues to work over the expected lifetime of the car. For most modern cars, specifications call for most parts other than wear components like tires and wiper blades to survive 10 years or 150,000 miles. To ensure that happens, cars are run through foot-deep baths of salt-water hundreds of times, passed through car washes 500 times, exposed to hurricane-force rain chambers with water pouring down at 2,000 gallons per minute and driven tens of thousands of miles over cobblestone and dirt roads to try to shake everything loose.”

For the Chevrolet Bolt EV the entire pre-production testing and manufacturing validation lasted 2 years from the date they first showed the Bolt EV concept vehicle. Quite a feat since the Bolt EV had an all new battery pack, power train and body.

Beta testing of Model S came next. The entire pre-production time line for Model S start to finish was approximately 3.25 years and initial production rate was 15-20 cars per week.

Model X pre-production testing lasted 3.6 years including all the delays due to problems with the falcon wing doors and motor over heating issues while pulling a trailer (wiki).

In late 2015, Tesla announced that most of its engineers were already working on the Model 3, not Model S or X ( ref 16). The prototypes were unveiled on March 31, 2016 and the number of reservations for Model 3 exceeded Tesla’s imagination.

As such, Elon Musk decided to expedite the program, telling suppliers they needed to supply production parts in around 1 year or 6 months prior to 1st prodroduction vehicle target date (ref 20). Coincidentally, we can note that this lines up well with what GM uses for production line testing so it’s not out of line with accepted practices at GM.

Also note that the Tesla Gigafactory is targeted to manufacture cells by end of 2016 (ref 22) but as of yet we have not heard of that startup, but even if that date slips somewhat it is still around 1 year from 1st vehicle production - so not a show stopper for getting first delivery about one year from now. Also note suppliers still have 6 months to start delivering production parts.

Let’s look at how the Tesla Model 3 timeline compares to the Chevy Bolt EV and the Model S and X.

Can Tesla still make their target date of end of 2017?

Reasons they will make it:

Reasons they won’t make it: What do you readers think? Will Tesla make their bogey or not?

About the author: George Bower is a retired mechanical engineer with over 20 years experience in gas turbine power systems including the design and development testing of the auxiliary power units for both the A320 and Boeing 777 commercial aircraft. He leased a 2012 Chevy Volt for 3 years, and currently drives a Tesla Model S.