Functional Nikola One Prototype To Be Unveiled This December 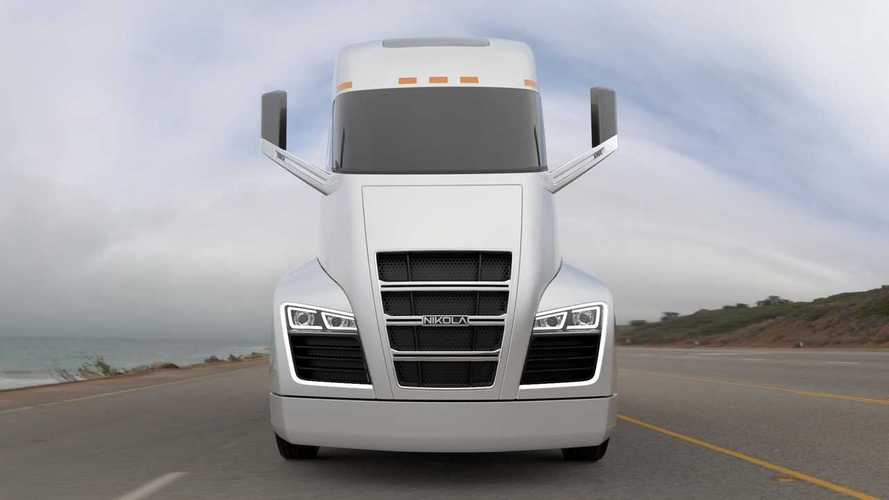 Following the announcement that Tesla is in the development phase of an electric semi truck, Nikola decided it was time to up its game by stating that it will beat Tesla to the punch by unveiling a fully functional prototype "electric" semi this December.

Called the Nikola One and originally unveiled back in May 2016, this "electric"truck is actually a CNG-electric Class 8 commercial semi truck.

"The company, which had operated in stealth mode before April, now claims it has achieved "100 percent zero emissions" on its prototype, without providing specific test details."

"Founder and CEO Trevor Milton said that Nikola had achieved "the Holy Grail" of the trucking industry: "a zero-emission truck ... that can haul 80,000 pounds more than 1,000 miles ... without stopping."

Just a couple of months ago, Nikola claimed that it had already received 7,000 pre-orders for its One semi truck, but the automaker continues to downplay the fact that the truck is actually a hybrid, not pure electric - despite the fact it does have the ability to plug-in and charge up.

Why should we care? Well, for starters, there are actually quite a few hybrid semis available, so Nikola is not breaking any new ground here, but more importantly, a hybrid won't really compete with the pure electric Tesla semi.

Here are some previously released powertrain details for the Nikola One:

According to the press release, Nikola One will be capable of pulling a total gross weight of 80,000 pounds and offering up to 1,200 miles between stops.

1,200 miles is beyond the reach of any semi-truck, unless it hauls batteries instead of cargo, so Nikola opts for a 320 kWh battery and a CNG turbine, which will power a generator to power wheels/recharge batteries.

Some newly released details for Nikola One include a lease rate of $4,000 to $5,000 per month (no word on being able to outright buy the big rig) and fuel (CNG) for the first 1 million miles is included in the price.

Hopefully we'll get more details this Winter when Nikola unveils a functioning One in December.