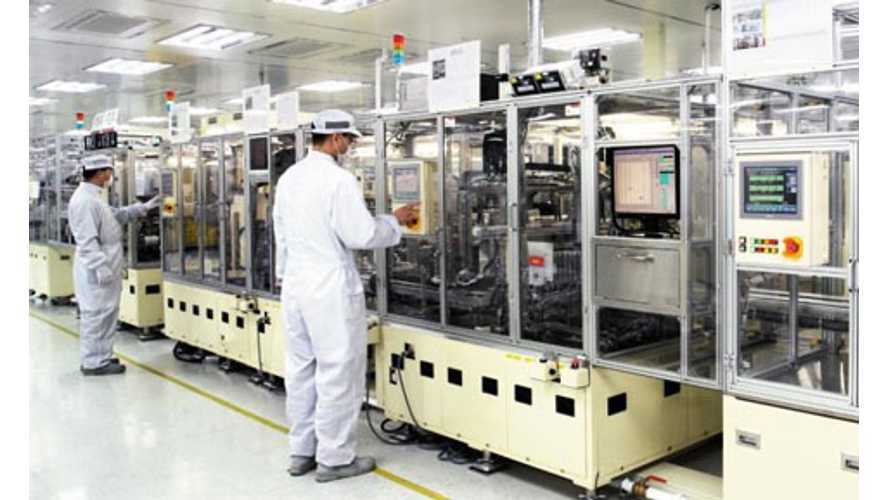 Some BMW i3s Head Out For Delivery

We saw in a previous article that both Tesla and GM use glycol liquid cooling in their batteries. We need more cooling as we go to higher charging rates and these liquid cooled systems have a serious drawback: low heat transfer rates because of the poor heat transfer characteristics of liquid glycol.

What if there was a way to fix this problem and at the same time simplify and potentially reduce the cost of the whole vehicle’s thermal management system?

Direct Expansion – DX - is the trick and it uses the same refrigerant as used in your vehicle’s air conditioning system to cool the battery directly.  The liquid glycol is eliminated in the battery pack. DX offers cooling rates 3-4 times higher than liquid glycol.

A sketch of a direct expansion battery cooling concept is shown below:

With 150 kW charging rates, the cooling system will have to dissipate approximately 10 kW of heat to protect the battery pack cells, plus a high heat load on the charger power electronics - approximately 7 kW.  DX would be a big winner.

DX allows higher charging power, reduced complexity, potentially reducing costs and has the addedsafety advantage of getting liquids entirely out of the battery pack.

We saw from a previous article that Tesla has 4 different cooling loops.

The Chevy Volt has 5 different cooling loops. Radiators and coolant tanks everywhere! This new system would simplify things. We could drop the number of loops to only 3 in the Tesla.

As it turns out, BMW already has such a system in the i3. Per the words of Munro and Associates at 2 minutes into this You Tube video: “This is the easiest heating and cooling system I’ve taken apart in 30 years.”

Here is a freeze frame of the refrigeration cooling tubes being installed in the bottom of the aluminum battery tray at 28 seconds into this BMW Group video. The batteries are then placed on top of the cooling tubes.

The following shot is from the Munro and Associates You Tube video at 2 minutes.

Here are the batteries in their aluminum cases that sit on the refrigeration tubes:

Here is a nice shot of the refrigerant connections and tubes.

LG Chem also has a prototype of such a system and a patent on a system that incorporates the DX cold plate concept.

LG will be in charge of many of the systems on the new Chevy Bolt.

One could argue that the Chevy Bolt is really made by LG chem. LG also makes refrigeration systems so a blending of the 2 technologies is simple for them.

The following 2 figures are from the LG patent showing the direct expansion cold plate and the thin aluminum plates that reside between the prismatic cells.

Simpler, better heat transfer, and lower cost. What’s not to like?

Will we see this DX cold plate cooling scheme in the new Chevy Bolt and the Tesla Model 3?  We predict yes.

About the authors: George Bower is a mechanical engineer and a Prius and Volt owner.