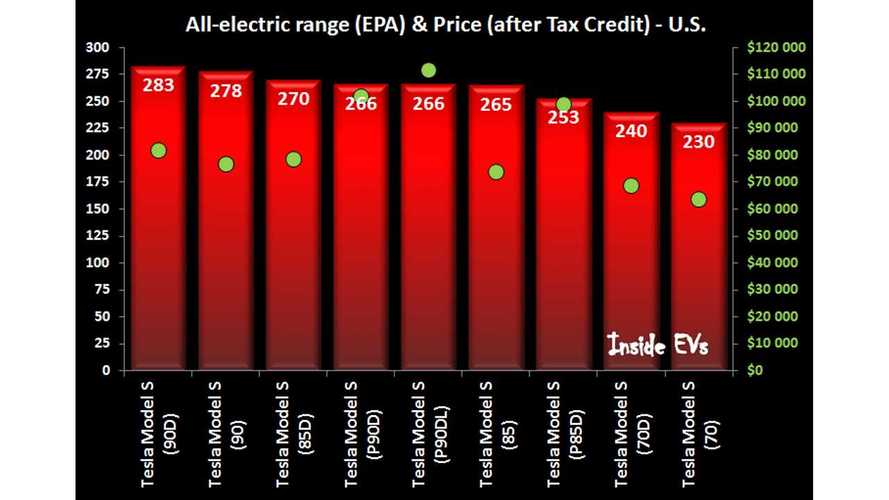 The Tesla Model S has expanded its options over few years from two battery versions 60 and 85 kWh (plus 60 limited to 40 kWh) to whole set of battery sizes and drivetrain setups.

That would be 9 versions! In fact you could spot even P85DL (retrofitted older P85D).

The number of different versions is so high that even we begin to lose count. And this is also the reason why we present these new comparison for the Teslas.

On the first graph you can see the all-electric range and prices (including $1,200 destination charge and $7,500 tax credit).  Range are rated by EPA, but there is catch...

Model S 90, 90D and P90D/P90DL despite a 5 kWh larger battery (up to 6% more range according to Tesla Motors), have the same EPA range as the corresponding 85 versions, because the company apparently has not yet re-submitted the new data points (so the default/corresponding 85 kWh specs are used in lieu).

Addtionally, below is prices with acceleration times instead of prices.  We hope these graphs make the Model S lineup a little easier to compare and understand.

Tesla Model S comparison for U.S. - October 2015 (90 series estimated based on battery gains over the 85s)