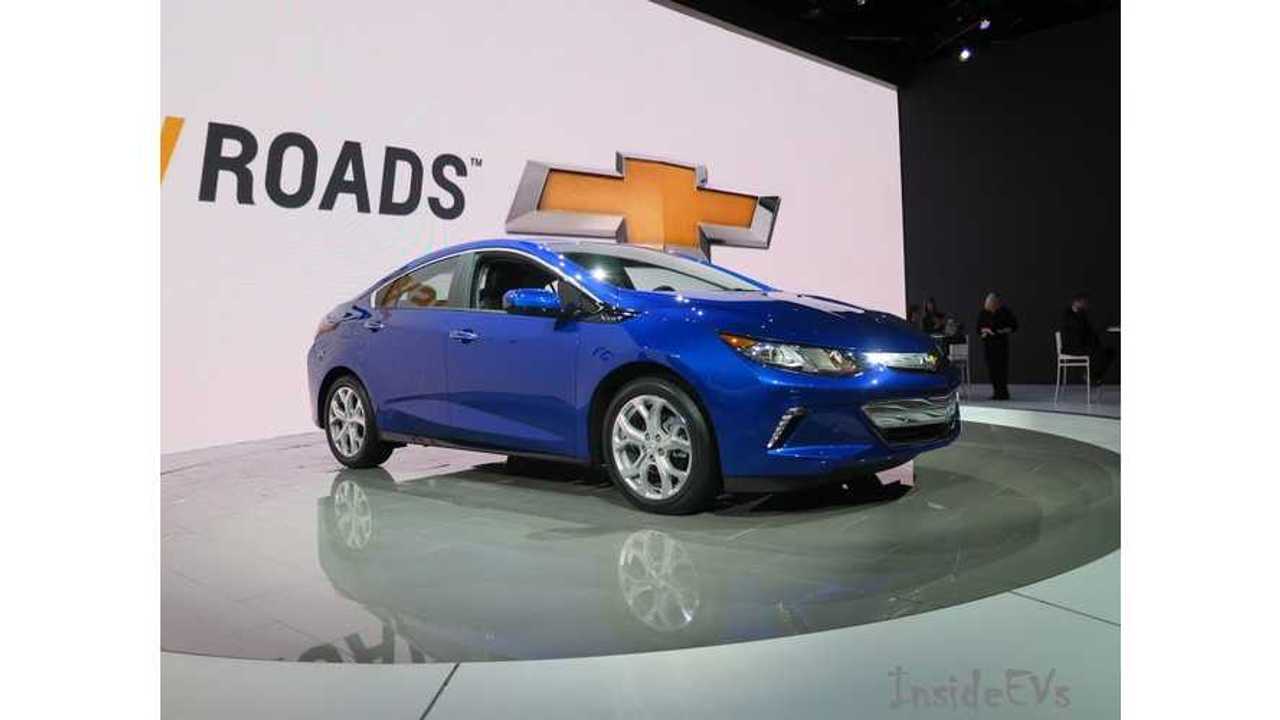 It's been confirmed that General Motors has started building pre-production 2016 Chevrolet Volts at Detroit-Hamtramck Assembly.

These pre-production builds will be used to evaluate both the vehicle and the overall production process.  Within a couple of months, production models will roll off the lines.  Deliveries are expected to begin by this Fall.

It's believed that a pricing announcement for the 2016 Volt will be made in late April.  Production of the 2015 Volt ends mid-May.

"...using data gained from examining the batteries in about 300 first-generation customer-owned Volts, engineers increased the amount of power the 2016 Volt's electric motor drains from the battery pack by 9 percent before the gasoline engine kicks in."

"The result: Two of the new cells have the same power as three of the old cells, and the 2016 Volt's battery pack weighs 31 pounds less than the 2015 car's pack."

Wallace discussed weight reductions for the 2016 Volt, buy says that the increased electric-only range comes mostly from work done on the battery pack.

"Volt customers told GM they wanted to go farther on a single charge. GM tested the new Volt's batteries in the Chevrolet Spark EV, he said."

"The experience from the Spark EV gives us exceptionally high confidence."