Underbody Of BMW i3 BEV Compared To i3 REx 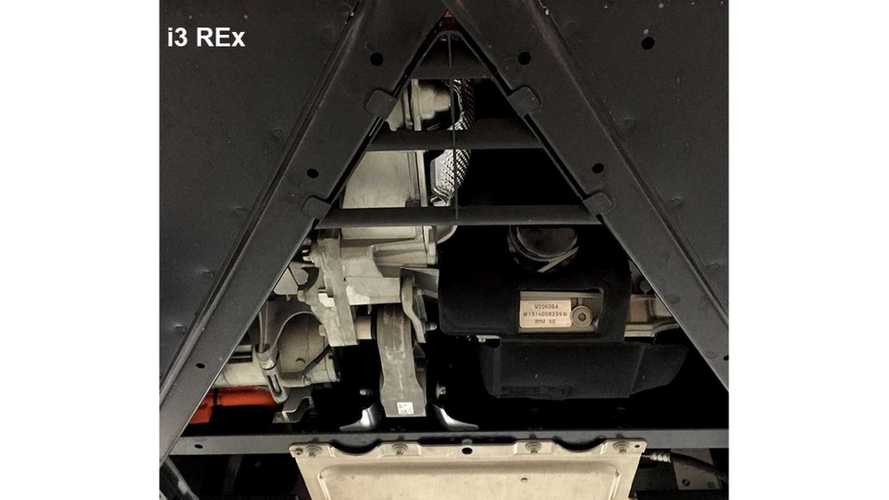 BMW’s i3 is a revolutionary car that at its genesis was designed to be the most efficient electrically driven car on the market. The singular focus led BMW to introduce the first mass produced Carbon Fiber Reinforced Plastic and focus the i3’s mission as a city car. BMW has been so successful in its mission that the i3 is the most efficient all-electric car on the market and it recently won Kelly Blue Book’s 2014 Best Green Car.

BMW makes two variants of the i3 and the two cars look nearly identical from the outside and takes a trained eye to spot the differences. Just as the total ranges of the two models vary, the technical differences of the REx and the i3 BEV are rather dramatic. The i3 BEV can about 80 miles on a single charge, where as the i3 REx can travel about 150 miles on a full charge and full tank of premium gas. Price wise, the i3 Range Extender base MSRP is $45,200 vs $41,350 for the i3 BEV base price, a $3,850 difference.

*Editor's Note: This post, along with an extensive gallery of additional images, can be found on BMWBLOG by clicking here.

As one would assume for toting a generator around permanently, the i3 REx weighs more at 3064 lbs compared to just 2799 lbs for the i3 BEV. 0-60 time for the i3 Rex is slower at 7.9 seconds vs 7.2 for the i3 BEV, purely because cause of the extra weight.

For both versions of the i3, the electric motor that drives the car lives on the driver’s rear side and the 22 kWhr Lithium Ion battery pack is in the floor. BMW has fitted a single speed transmission. For the i3 REx version though, the range extender adds a 647 cc 2-cylinder motor from a BMW scooter that acts as a generator to charge the battery and extend the range of the i3. It is important to note that the i3 REx still uses an electric motor to move the car.

The easiest way to recognize an i3 REx is to spot the presence of a fuel filler door on the passenger front fender. If you are in the i3’s driver seat, the instrument display shows the pure electric range and the gasoline range. If you look closer, check the DOT tag on the rear hatch as it will denote the Vehicle Emission Control Information which will list gasoline on the i3 REx as well the presence of the OBD: II vs. a OBD: N/A – not applicable next to the i3 BEV version.

If, however, you are ever under the i3, the differences become more apparent.

In the i3 BEV, on the passenger side, there is a large cavity – this is where the 600 cc two cylinder engine/generator lives. The i3 REx has an exhaust that aims directly at the ground. This area is just covered up with a panel in the i3 BEV.

The oil filter in the i3 REx is readily spotted underneath as well.

In the unseen differences, the biggest is in the heating. If you assumed that both the i3 and the i3 REx had the same cabin heater, you’d be wrong.  The i3 BEV has the more efficient heat pump, where as the i3 REx has an electric resistance heater.

Why the difference? The i3 Range Extender’s gas tank and combustion engine do no leave enough room for the i3 BEV’s more efficient, yet more space consuming heat pump.

BMW states that the service intervals for the i3 BEV and the i3 REx are the same – 24 months. Of course, at the 24 month service, they will perform an oil and filter change on the i3 REx, compared to just a brake fluid flush on the full electric version.

Currently the i3 REx is selling better than the i3 BEV as the pure electric variant is requiring more incentives. The added security of not running out of charge with the i3 REx makes a strong argument for choosing it over the BEV.