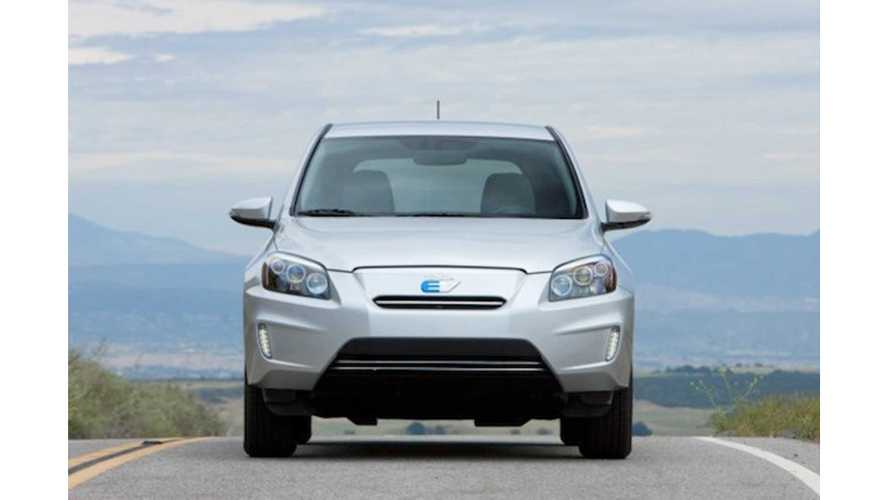 All 2,600 Toyota RAV4 EVs have now been produced and shipped out, with the last batch arriving in by train in California just this month..

Officially, we see 2,533 RAV4 EVs in circulation somewhere, with the remaining 67 believed to be crushed test EVs, display vehicles for Toyota, crash-test vehicles and so on.

Now that all 2,600 RAV4 EVs have been produced and shipped, the Toyota-Tesla deal has been officially fulfilled.  Toyota will now exit the pure electric vehicle game ('cept for those few remaining Scion iQ EVs headed to fleets).

While all 2,600 are in the pipeline somewhere, not all have been sold yet.  Our tally through the end of August put total RAV4 EV sales at 2,130, meaning that 470 remained to be sold.  But not all 470 will be sold, as some have been crushed, while others are part of Toyota's captive fleet.  We suspect that fewer than 300 remain to be sold/leased to the public.  Last volume sales of the RAV4 EV will likely occur in October, with the odd few here and there being sold until the full supply is entirely depleted.

So, if you're yearning for a RAV4 EV, then you'd better act now.  Wait any longer and you'll be out of luck forever.