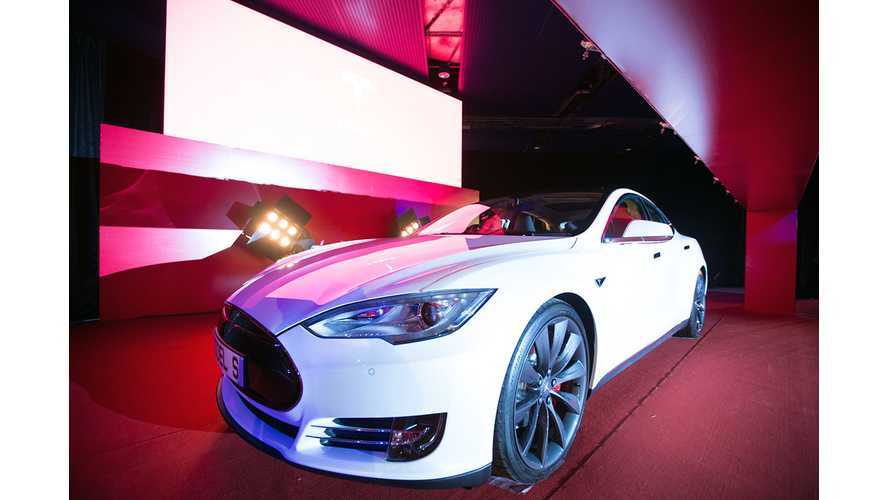 Hong Kong is expected to be a rather significant market for Tesla.  Outstanding orders there for the Model S date back more than 2 years now and there's been ample anticipation for the arrival of the second mass-produced Tesla.  Tesla's original Roadster proved popular in Hong Kong and we expect the Model S to fare even better.

"We could not be here without you.  It is really meaningful and we appreciate your commitment to helping us with our goal, which is to accelerate the transition to sustainable transportation."

Dennis Lo, a Tesla Roadster owner and one of the eight people to take delivery of a new Model S at the event, stated:

“Tesla has completely redefined what an electric car can be, and what can be achieved with zero emissions."

"Hong Kong’s first Superchargers are the latest and most advanced models and will soon be followed by a series of Supercharging locations throughout Hong Kong, allowing Model S owners to charge for free."

For more scenes and action from the event, watch this highlights video below: