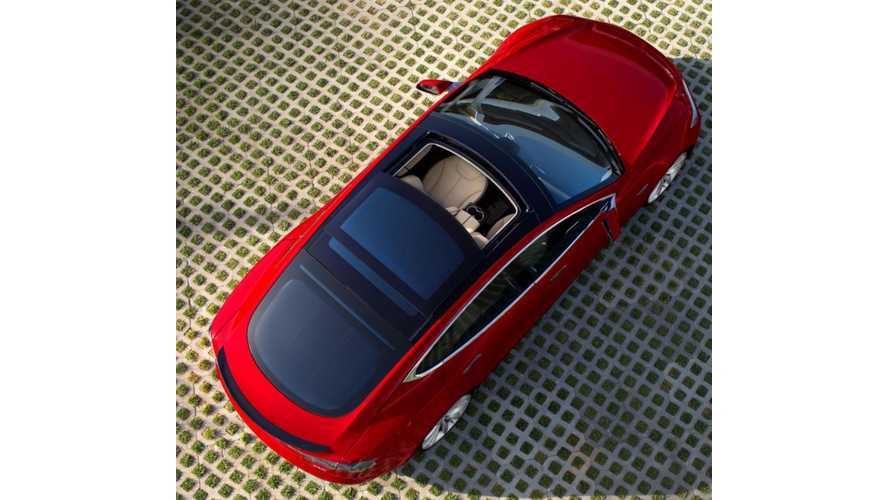 Confident In The Knowledge That The $2,500 Rebate Will Be (Theoretically) There For You....Go Ahead And Buy That Tesla!

Cadillac ELR Buyers, Known For Being Cost Conscious Now Look To Be In The Clear

It has been no secret that the CARB-based $2,500 rebate program for electric vehicles has been struggling to come up with the funds to match plug-in sales.

To ease the pressure on the program, we reported last month that CARB considering implementing a maximum MSRP threshold to qualify of $60,000; essentially scratching California's best selling EV from last year, the Tesla Model S from the list.

These changes would also exclude the newly released Cadillac ELR, and the dozens per month GM sells in the state.

Quite honestly our first reaction to CARB's funding problem was - "great, the program has worked out really well," as opposed to 'lets try and keep the wheels on the bus as long as we can' by narrowing the criteria.

We understood the reasoning, but the main goal at the end of the day was to get petrol burning vehicles off the roads and replace them with plug-in vehicles.

Previous CARB Statement on the Topic

Earlier CARB Graphic on the Topic

Unsurprisingly, it turned out that proposed changed didn't sit well with new minted "#1 automotive employer in California" Tesla Motors or its massive public support base; and when Dana Hall at Silicon Beat decided to follow-up and revisit the issue, the proposed changes to the $60,000 MSRP cap had quietly been lifted (PDF here)

The current proposal reads: “Although vehicle manufacturers are responding to market needs by offering lower price points, rebates can be a deciding factor in many consumers’ ability to purchase or lease these cleaner vehicles. Based on these considerations and stakeholder feedback, at this time staff is not proposing any significant changes to the Clean Vehicle Rebate Project as part of this year’s Initial Funding Plan.”

Silicon Beat approached David Clegern, a spokesman for CARB to comment on the changes, “It’s fair to say its been removed...I never say anything is dead until after the vote, but I’m not aware of any plans to revisit it.”