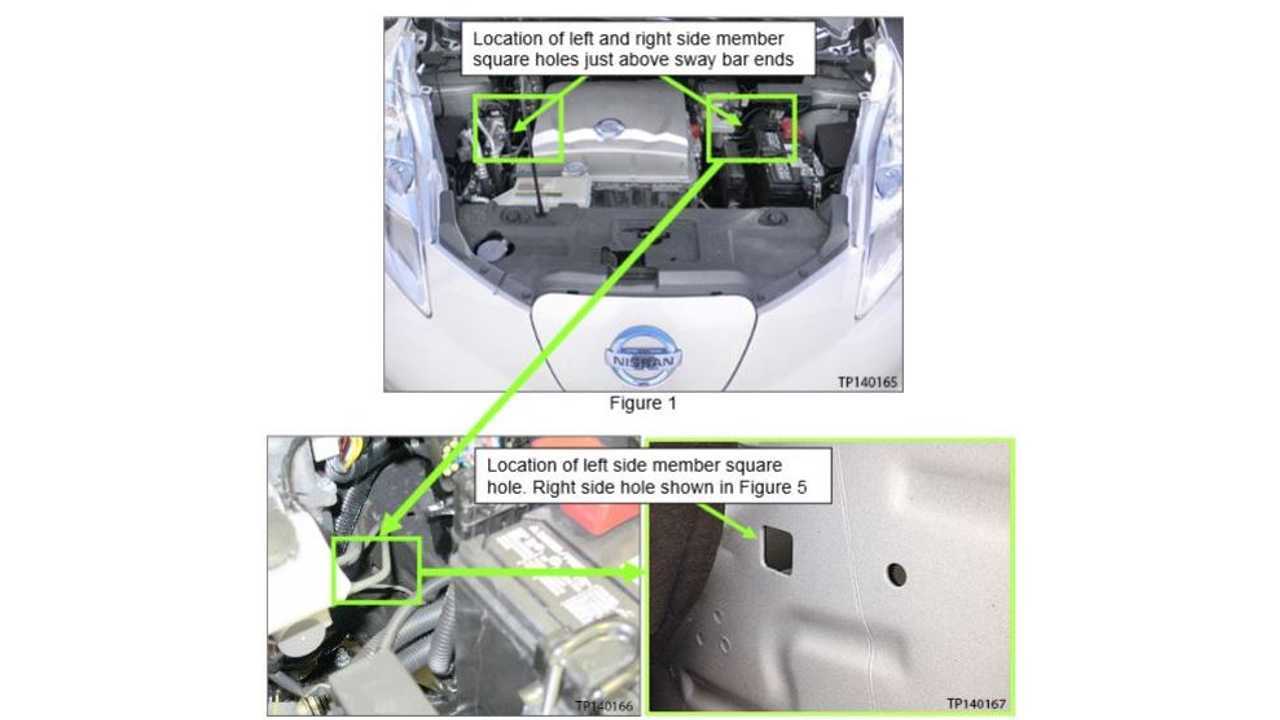 "The front structural member assembly may be missing welds, which could reduce the structural integrity of the vehicle if the vehicle is involved in a crash. As such, these vehicles fail to meet the requirements of Federal Motor Vehicle Safety Standard (FMVSS) number 208, "Occupant Crash Protection," and 305, "Electric-Powered Vehicles: Electrolyte Spillage and Electrical Shock Protection."

Missing welds may effect the vehicle's integrity in the event of a crash, increasing the risk of injury to the vehicle's occupants.

Nissan will notify owners, and dealers will inspect to see if any of the welds are missing. Any vehicle missing welds will be replaced, free of charge. The recall is expected to begin by mid-June 2014.

We repeat....Nissan will not fix this safety issue by adding some spot welds, but rather by taking the more appropriate action of replacing the entire vehicle.