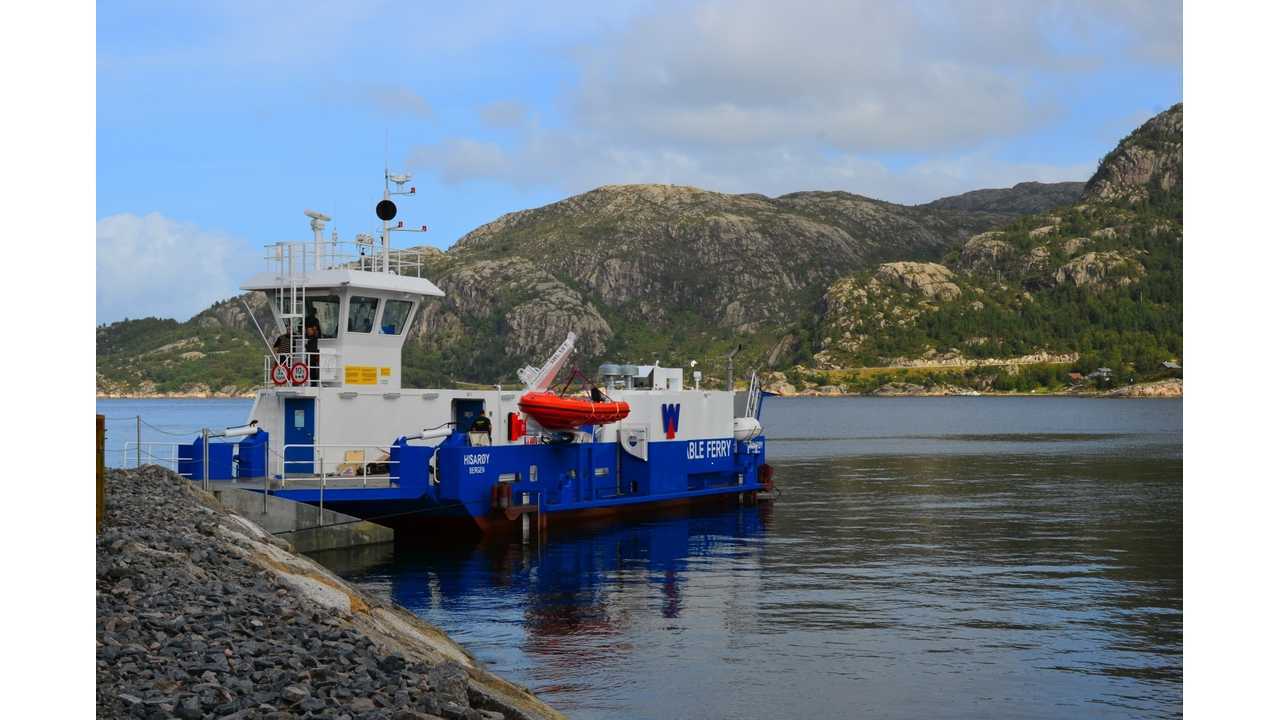 "Electrovaya Inc. is pleased to announce that the KF Hisarøy electric cable ferry has now been sailing between Mjånes and Hisarøy in Norway daily for six months, with flawless operation over the wintery seas in Norway. The ferry's new propulsion power system consists of a complete rechargeable battery system from Electrovaya in cooperation with Solund Verft, HAFS Elektro & Rør AS and Electrovaya's subsidiary Miljobil Grenland AS in Norway."

This ferry is capable of carrying 49 passenger and 4 cars.  With Norway's love for electric vehicles, we're fairly certain that this electric ferry has had more than a few electric cars on board throughout the winter.

Additionally, Electrovaya points out that the battery electric ferry is cheap to operate and super clean in operation:

"The battery electric ferry can save up to approximately 180,750 liters of fuel consumption over its expected lifetime. That has a potential to save about 500 tonnes of emissions;480 tonnes of CO2, 9 tonnes of particulate matter and volatile organic compounds, 2 tonnes of carbon monoxide and 2 tonnes of other type of emissions. The Electrovaya lithium ion battery also eliminates all fuel exhaust including the usual carcinogens from diesel exhaust."

This particular ferry is a cable ferry, meaning that the battery is tasked only with supplying power to on-board winches (and auxiliary items such as lights, etc too).

This battery electric ferry is one of perhaps dozens that we'll soon see in use in Norway: