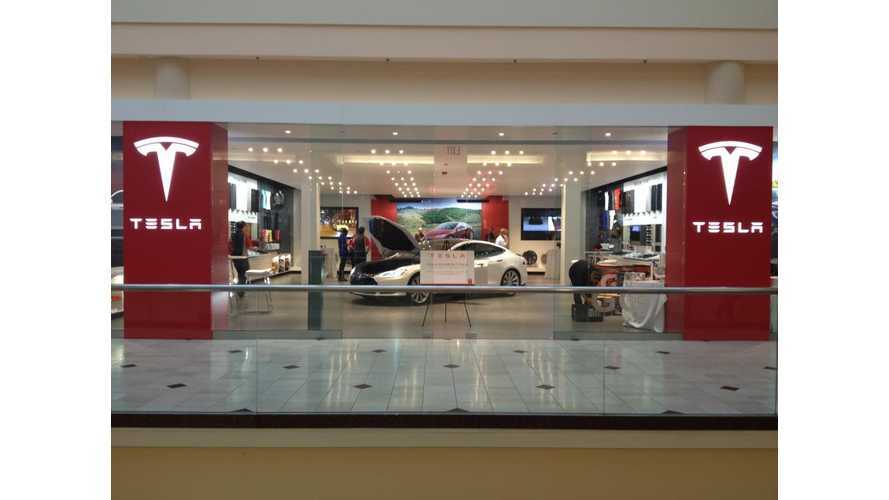 Averting a head-on collision between the state dealers associations and Tesla, New York Governor Andrew Cuomo announced that both Tesla Motors and the NY dealers have reached an agreement to allow direct-to-consumer sales by the Californian EV maker.

Effectively the agreement actually bans the direct-sales model in New York, but grandfathers any existing outlets present in the state.

Meaning it will be business as usual for the 5 existing Tesla stores already operating.

The agreement (which will still need to be approved by the state legislature), was reported by the Post as the result of "last-minute haggling that kicked off last week when a bill to ban Tesla’s direct-sales model met with near unanimous approval by a second committee in the state Assembly."

The defeat apparently convinced Tesla to negotiate an alternative to this bill very quickly, and that's when Gov. Cuomo's office got involved to mediate the discussion.

The dealer groups, fearing that the direct sales model could be adopted by other (much larger) automakers in the future, reportedly had offered to let Tesla operate their existing stores for a period of 8 years before switching to a traditional franchise system.  However Tesla quickly declined,  as has been their MO, any deal that requires any kind of dealer model be put in place.

Eventually, the decision to grandfather the existing units was facilitated by Cuomo’s top aide, Howard Glaser.

Currently operational five Tesla boutiques that will be grandfathered:

Tesla has yet to comment on the agreement, but  Neale Kuperman, chairman of the Greater New York Automobile Dealers Association seems pleased with the outcome,  “We are happy that the franchise system, which is good for the consumer, is being reinforced."