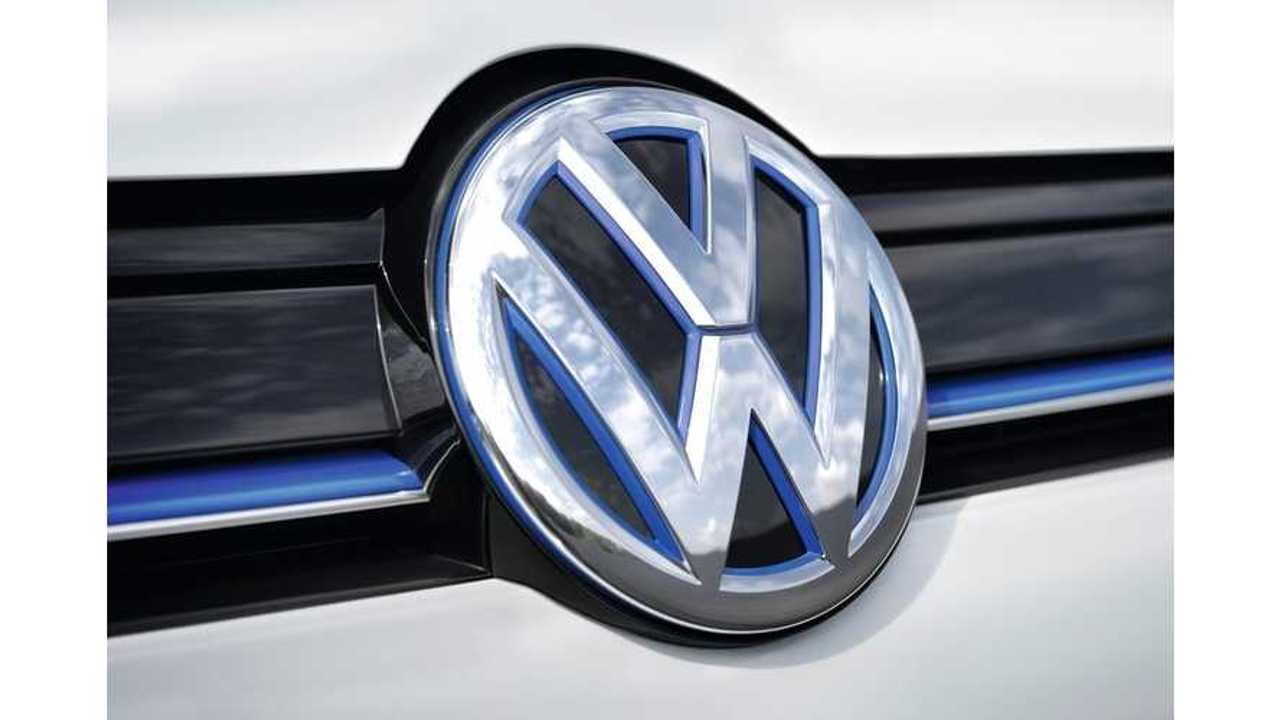 For some, it's difficult to believe that German automaker Volkswagen is now actually committed to plug-in vehicles.

One need only look upon this list of confirmed/underway launches to see that the Volkswagen Group is getting serious:

*There are several other concept or non-confirmed plug-ins in the VW Group lineup, some of which we believe will enter the production cycle within the next 2 years, but for now the list above is complete, at least in terms of automaker confirmed launches and plug-ins currently in production.

*Aside from making the actual li-ion cells, VW manufacturers all of its electric components in-house.  From electric motors, to battery control modules, to assembly of the battery packs, this is all done by VW.

So, we ask of you, can you name one other automotive group with 7 confirmed for production or currently in production plug-in vehicles?

Volkswagen says this all in effort is needed so the the Group as a whole can determine where the true demand for electric vehicles lies.  At the top of the price pile is the Porsche 918 Spyder.  At the bottom is the VW e-Up!  In between, nearly every price category is touched upon by the remaining 5 vehicles.  In this way, VW believes it'll be able to focus in on where the demand is.  Then, the automaker says it'll target that or those segment(s) with future plug-in offerings.

VW’s head of development, Heinz-Jakob Neusser, was quoted by Autocar as saying this at the recent Tokyo Motor Show:

“The Porsche 918 Spyder shows the top end, Audi’s projects the premium end – at VW we are starting from the bottom. The truth is nobody fully understands customer demand just yet.”

Finding where the demand lies is key to VW.

VW further says that part of its future goal is to have 9 plug-in vehicles out there encompassing all major vehicle segments.  This will happen gradually as certain model come due for replacement.  These 9 vehicles don't include vehicles like the XL1 and 918 Spyder, which obviously don't fit into "major" vehicle segment.

The problem for VW will be in convincing the world that it's now ready to dive into vehicle electrification for real.  This is a major problem, as VW has for years now stated that plug-ins are not ready for prime time.  VW has a lot of work to do if it's going to change the way we think of it as an automaker.  That work is now underway.